You could feel it in the air. The world had changed.

It wasn't that the web had gotten less important, in fact, very much the opposite. The web was, until the day before yesterday, a series of pages that could be viewed on your computer. Now it had somehow broken free of its bonds and sprung to life.

The talk was about access and devices. API's were the new kings of content. The already brilliantly successful TED Talks were no longer restricted to a website - as TED's Media Director announced that TED would open-source its API. All around the world, you could hear laptops snap open with eager excitement to start building TED applications. 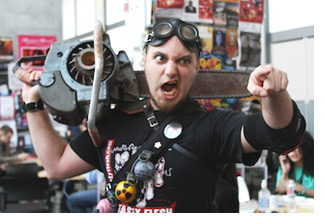 Apple, in a sly move that blurred the line between marketing and happenstance, released the iPad2 on the first day of SXSW, and magically opened a 'pop up' store just blocks from the convention center. But Apple didn't have the mobile browsing experience to itself. Samsung's Galaxy Tablet was all over the convention, with its Android powered shininess, causing Apple fanboys to have more than a few stolen glances.

Mobile. Realtime. Social. Open. Buzzwords to be sure, but punky new words that made Google's once stunning search results seem somewhat like last season's Prada pumps. 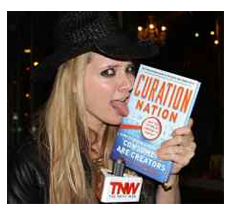 Google brought its best and its brightest - its new location recommendation service Google HotPot. A bit of 4square, a dash of Yelp, and some Facebook stirred in. But even as they tried to jump start social, Google executives still call the human 'signal' just one of the many they'll use to recommend a place to each.

It's as if Google is saying - if we know everything you do, every email you send, every place you check in, everything you buy, everything you put on your calendar, every photo you take and tag, and every product you scan - we can give you highly relevant recommendations. But at the same time, Google is first and foremost, an ad network, so how do they balance the 'best' algorithmic answer with sponsor willing to pay the most, to talk to you once you've bared your privatest data parts to the world?

At SXSW, the wind was blowing toward privacy, user control, and apps that talk to each other as you allow them to. Permission based data integration - rather than services that fondle your data without your knowledge or approval.

The other stunning shift, in just twelve months, was the growing movement of human craftsmen now fully engaged in finding, contextualizing, and publishing aggregated content.

One year ago - I presented a panel, "Curationism vs. Creationism. Who comes out on top" it was a fiesty and sometimes combative session with creators fearful curation would steal their work, and their living. This year, I presented Curation Nation - and expected another screamfest. But twelve months is a lifetime at SXSW. And curation is more than a buzzword, it's an emerging ideology. 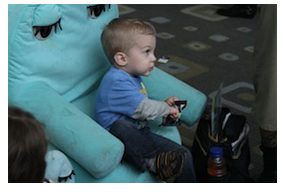 I met people who curate kids events in Canada, a curator of car parts, a curator of community banking, CTO Tom Conrad told me they have a head of Music Curation at Pandora. Samsung was curating tweets and photos on a large screen on the convention floor. A year ago, creators feared that robots would steal their soul. But today - abundence has created a new opportunity for creators to become both makers and curators - and business models are emerging that will begin to filter the data flood, and create contextual meaning out of the content cloud.

It's not that search is dead, in fact, search is central to solving certain kinds of problems. Looking at Blekko, Wolfram Alpha, Bing, and others - it's clear that different search solutions are right for different queries. If you're looking to find out what's happening in Japan, real time search in Twitter may be the solution. If you're looking find your friends- then FourSquare maybe the best way to connect. But the emergence of the right tool for the right information is a cool new trend. If you want to see into the future, take a look at ToothTag - an app currently available for Android only, but soon on the iPhone. Can't remember where you parked? Tooth-tag can tell you. Looking for your laptop? Tooth-tag can help you. Not only that, it can tell you if your friends are at the same party as you...without either of you ever having to check-in. The best part? Tooth-tag does all this without any kind of GPS.

It utilizes Bluetooth capabilities alongside Near-Field Communications and wifi to offer you a variety of information. You're not limited to check-in to a venue; instead Tooth-Tag recognises your relationship to wi-fi signals and allows you to set up behaviors based on various locations. Ok, it's geeky - but it's damn cool.

What's the biggest lesson coming out of SXSW? A year is a VERY long time in the fast moving world of connected content.