Sometimes lemons are turned into lemonade, other times they are turned into movies on the SyFy channel -- at least in the case of Durango High School graduate Sydney Spies.

Back in April, Spies announced on her Facebook page from Baton Rouge, La. that she was making a movie for the SyFy channel. And now more details have finally emerged about her first big movie project.

Syfy, which airs movies like Piranhaconda, Bigfoot and Arachnoquake is a division of NBCUniversal, one of the leading media and entertainment companies. According to CBS4 the horror film will either be called "Final Initiation" or "American Horror House" will film over the summer and is set to air on Halloween.

Spies apparently plays a sorority girl and she told Westword that while she can't say whether her character makes it out alive, she does feel her yearbook photo controversy has been a growing experience.

"I'm sure I'm not going to get every role, but I think I'll be prepared -- because now, I've experienced disappointment," Spies said.

It should come as no surprise that Spies has used the attention from her yearbook photo controversy to try and make the leap into the entertainment industry. In an earlier interview with The Huffington Post when the photo controversy first broke, Spies said that she had big plans for herself:

My plans after I graduate are finishing up my dance with my dance company at the beginning of May and then traveling around the world. I am definitely going to move out of this little town I was never meant to live in a small town anyway.

After turning in her chosen senior photo for publication, Spies says she was told she needed to make a different selection even though, she said the yearbook editors had already voted 4-1 to allow it. The editors however told the Durango Herald that in fact they decided, and not the administration nor their overseeing advisor, to revoke Spies photo.

In the end they did not run any of Spies' preferred photos, but used her school ID picture instead.

When the Durango Herald broke the yearbook staff's rejection of the first photo on Jan. 5, Spies and her mother began making their case to a handful of local media outlets and later on the Today Show that she was just trying to exercise her right to freedom of expression.

"Some people might think it's a little bit sexy or inappropriate. But I think it's artistic. I think it's a good expression of who I am as a person," Spies told 9News at the time. "I'm a dancer, I'm trying to be a model, I really enjoy photography and I think that this is a good thing to represent me and I think they are taking away my freedom of expression."

Sydney Spies, Durango Student Whose Yearbook Photos Were Deemed Too Sexy, Has A Horror Movie Deal With SyFy (PHOTOS)
Photos Of Sydney Spies 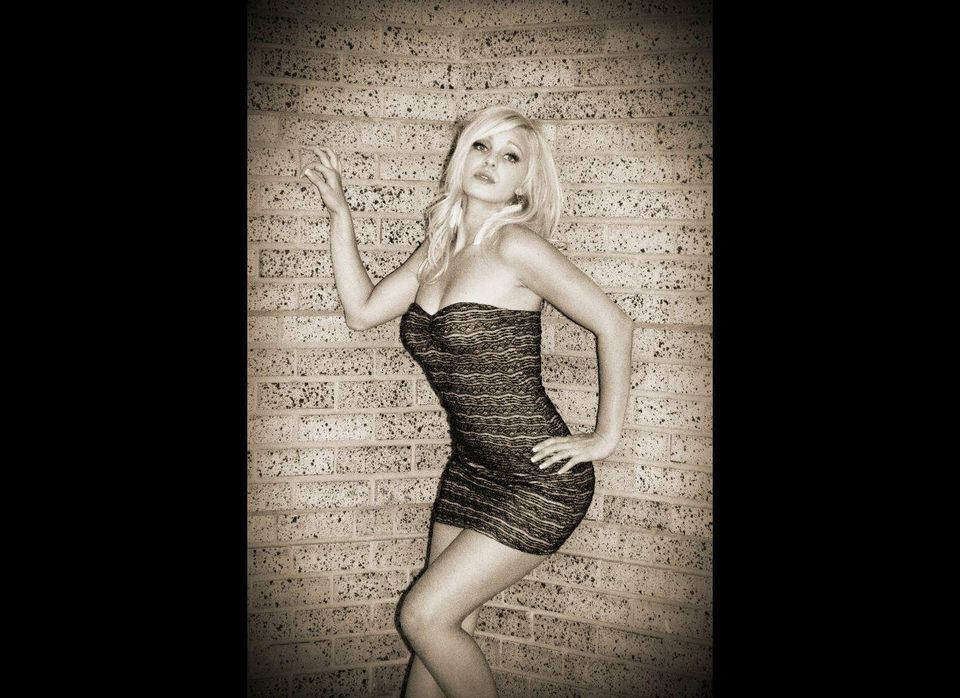 1 / 12
The second photo that was rejected by the Durango High School yearbook staff.