In fact, the resident of Bristol, U.K., is so batty for the birds that he has gone through extensive and extreme body modification surgery to look like them.

First, the self-described “Parrotman” had his face tattooed to look like he has feathers in the five colors of his parrots.

Then he risked going blind by having his eyes colored with tattoo ink.

After that, he had his ears cut off ― a process that helped him better resemble the birds but impaired his hearing, according to an episode of “Ripley’s Believe It Or Not!” that aired on Sunday night on the Travel Channel.

“Parrots only got little holes anyways, so I had them cut off,” he said in the preview clip above. “You know, it’s your body at the end of the day. You should be able to do whatever you want with it.”

Richards, who professionally goes by the name “Ted Parrotman,” admits he didn’t let the risks stop him from altering his body.

“I didn’t think about the complications, you know? I just never thought about that. Because if you looked at negative all the time, you’d never do anything,” he said.

You can see how extreme Richards’ love for birds goes in the clip above.

PHOTO GALLERY
Ripley's Believe It Or Not 'A Century Of Strange' 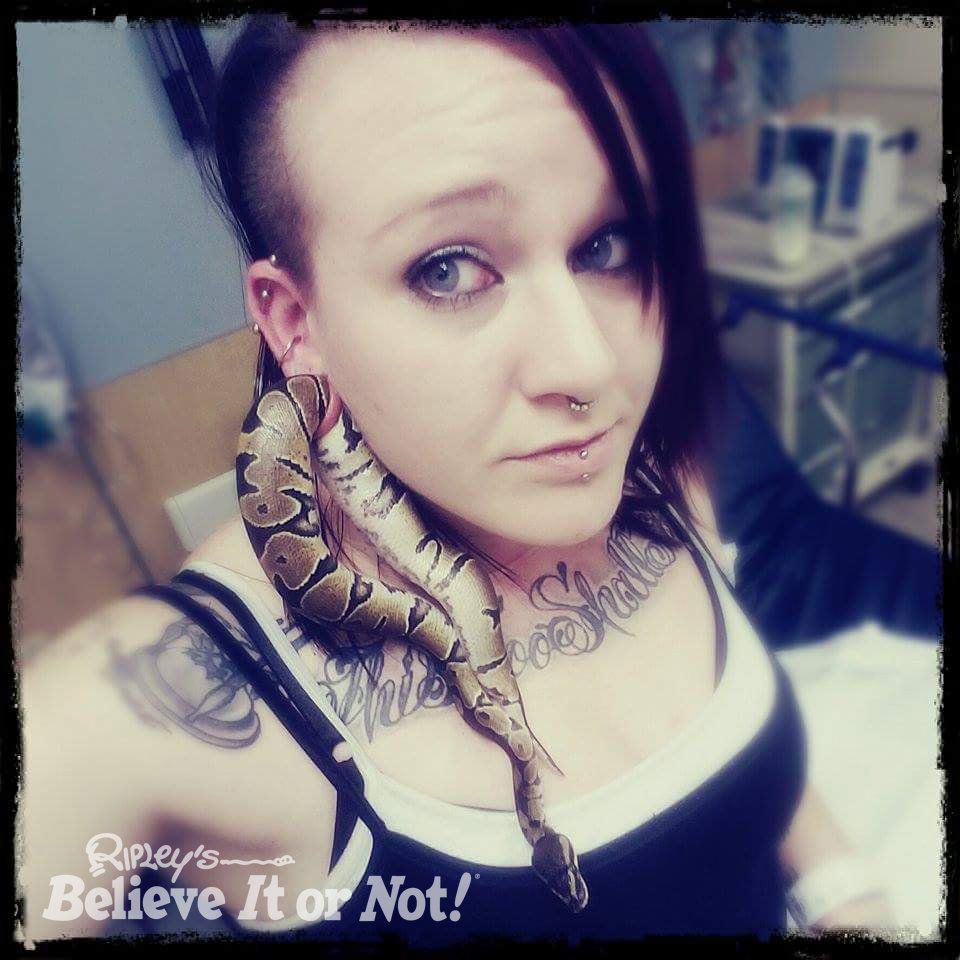 1 / 12
Woman Very Attached To Her Snake
In January 2017, Ashley Glawe, of Portland, Oregon, got her pet snake caught in her gauged earlobe. The curious critter slithered through her stretched earlobe and promptly became stuck. Emergency room doctors had to numb her ear and then stretch it even more so Bart could wiggle free.
Ripley's Believe It Or Not