AAA Travel predicts 46.3 million Americans will travel 50 miles or more from home this Thanksgiving, the highest number for the holiday since 2007. Travel and turkey, of course, are two time-honored Thanksgiving traditions. While Christmas and other holidays often are very much kid-centric, Turkey Day is special in that it's usually more about history, symbolism and a deference to earlier generations.

We asked our Huff/Post50 Facebook community to complete the following sentence: "Thanksgiving just wouldn't be Thanksgiving without....." The result? Confirmation that a whole lot of ingredients go into making the fourth Thursday in November a very special day in homes across America.

Have anything to add? Let us know in the comments.

2. "Group shots of tequila before dinner -- all the men and then the women -- in the pantry! Family tradition!" said Sherri Kalick.

5. "Dropping the turkey on the floor, picking it up and washing it off with salt water," said Linda Jeanne Bosh-Watkins. 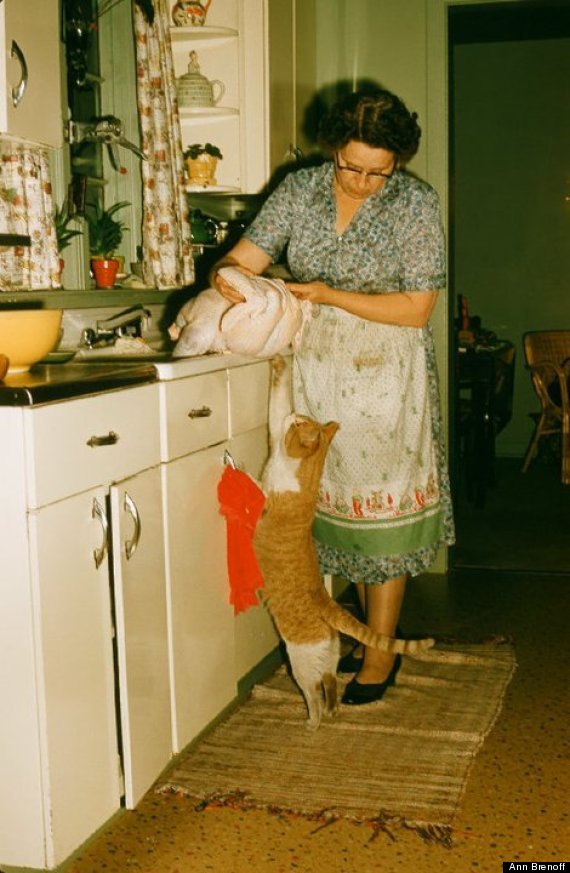 7. "The yearly arguments with family and someone storming out!" said Kelly Sue.

9. "Watching the men recline after dinner, undoing their belts and unbuttoning the top button on their pants while dozing during the football game!" said Debbie Lambert Murphy.

10. "Drunk Uncle Vito trying to have relations with the turkey," said John Pierse.

11. "Cranberry sauce. This year jazzing it up with horseradish. And my southern sweet potatoes. Then leftover sandwiches," said Vivian Knell.

12. "One year my husband was sick, our dog tore his ACL and then the septic tank broke. All on the same day. So it wouldn't be Thanksgiving without a problem," said Mary Bliesner.

15. "Cooking on and off and sleeping by the alarm clock set with the oven timer all night and then watching all the parades on television. My mama and me, my daughters, granddaughters, great-granddaughters, all fussing and cooking and nobody wanting to help clean up. After dinner, decorating the Christmas tree and watching movies," said Cathy Ross.

19. "The ceremonial throwing-the-leftovers-into-the-trash-can the fourth day after, and bringing on the pizza or Chinese food!" said Sally Barry.

20. "Mom getting up at 6 a.m. (or earlier) and putting the turkey in the oven while everyone else sleeps. Also, waking up around 9 a.m. and smelling the turkey throughout the house. Those were the good old days," said Jeff Johnson. 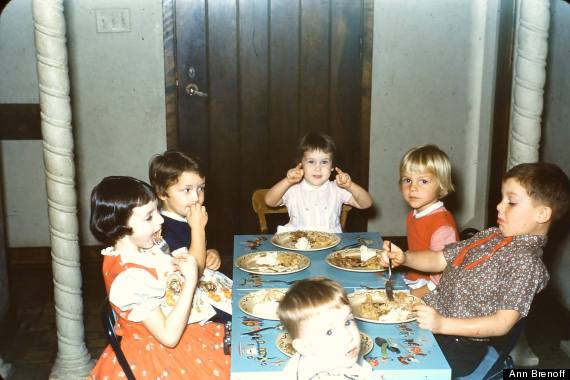 22. "Watching 'The Godfather'. A tradition that started when my grandfather was alive," said Terri Tuscano Stokes.

23. "The cat getting on the table to finish the turkey," said Lynnette Witwer.

24. "Everyone hanging out in the kitchen talking over each other," said Miriam Ortiz.

25. "Thoughts of years gone by and a prayer holding hands around the table of what we are thankful for at this time," said Kar-ron Wood.