In the mid-2000s, almost every major player in the debt collection industry pursued a similar offshore strategy: set up low-cost call centers in India or the Philippines to increase profit margins. The strategy was largely neutral to negative for most firms: costs were lower but so was productivity.

One firm leveraged this strategy for close to $90 million worth of savings per year, catapulting them to the top of the industry. Were they smarter? Better? Lucky?

Turns out they had a secret weapon: a technique for dissolving human dysfunction.

An immediate, often unnamed, and seemingly insurmountable problem in a strategy like offshoring (or anything that threatens the status quo) is that most employees don't really want it to work. They don't say that -- they may not even admit it to themselves -- nor is it even intentional. But they often act in ways that undermine or disempower the strategy and/or people involved (through criticizing, nay-saying, withholding information, etc). At Learning as Leadership, we call this Making Bad. We all do it, with people, projects -- and especially in meetings.

No one Makes Bad because they are ill-intended. They do it because they are afraid.
The company mentioned above was my client, and hundreds of its employees feared they'd lose their job if the India strategy succeeded, leaving them unemployed in the middle of the recession. They had the same human reactions we might in their shoes: they saw all the ways the India strategy was a stupid idea and would never work; they vented to each other about how others (senior leadership, Indian employees) didn't get it; they didn't search with all their creative powers to work through obstacles. As the CEO described it, the India strategy was almost "crushed under its own weight by doubt."

No matter how brilliant a strategy, if the people involved aren't committed, it will never take off. Making Bad is a sure-fire sign of this lack of commitment.

This CEO, however, had built an organizational culture that allowed employees to recognize these "Making Bad" behaviors. He had worked with our company for several years to instill a mindset of "Making Good." He leveraged his and his employees' awareness of these ego-driven behaviors to a) acknowledge and move through the fears compelling them to hope the strategy wouldn't work, and b) continually open the door to the possibility it could work. Together, they forged a non-negotiable organizational commitment to its success. He committed to them, again and again, that no U.S. jobs would be affected.

As they encountered cultural barriers, differences in perspective and operational dilemmas, they drew on the power of Making Good. They challenged their own perceptions and learned from each other; they shared choice resources with Indian counterparts; they let go of doing things their way. They prioritized achieving organizational goals and empowering others over protecting their own emotional and material concerns. Not just in word, but in deed.

This is scary -- and, thus, rare -- in modern organizations. It is also the birthplace of trust, collaboration, and innovative solutions. Making Good isn't a technique for incremental improvement. It's a game changer, creating a different paradigm of interaction. It's the difference between a failed strategy and $90 million a year in cost savings.

What paradigm is your organization in? To learn more about how to Make Good, download our free booklet, Making Others Good: The Crucial Tool for Transforming Dysfunction in Your Organization. 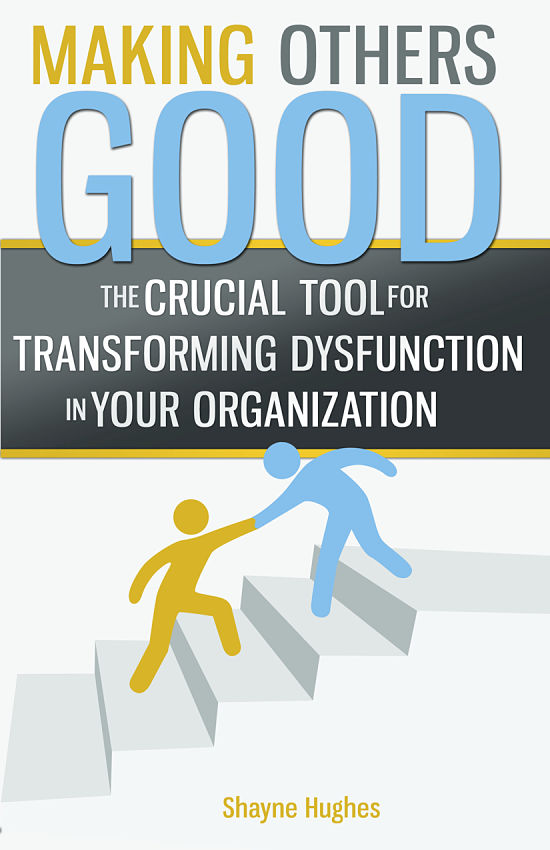