According to estimates from Disney, "Marvel's The Avengers" earned $103.2 million at the domestic box office over Mother's Day weekend, plus an additional $95.4 million from international territories. After just 19 days of release, "The Avengers" has totaled $1 billion in global grosses, tying "Avatar" and "Harry Potter and the Deathly Hallows Part 2" as the fastest films to reach that lofty sum.

Of course, "The Avengers" has plenty of records to call its own. The $103.2 million in second weekend ticket sales is the biggest ever, blowing away the $75.6 million earned by "Avatar" during its second weekend in 2009. At $373.1 million, Marvel's superhero supergroup team-up is also the fastest film to cross $300 million at the domestic box office, doing so in just nine days of release. "Marvel's The Avengers" is currently sitting at 18th place on the all time domestic box office chart, just behind "Spider-Man 2." It's expected to jump into the top ten by next weekend.

In non-"Avengers" news: "Dark Shadows," the eighth film collaboration between Johnny Depp and Tim Burton, earned $28.8 million during its opening weekend, good enough for second place. Per THR.com, "Dark Shadows" played to an older audience (73 percent of the audience was over 25) that was noticeably more female (57 percent). That could help the film in the coming weeks, as "The Dictator," "Battleship" and "Men In Black 3" are expected to skew more male. 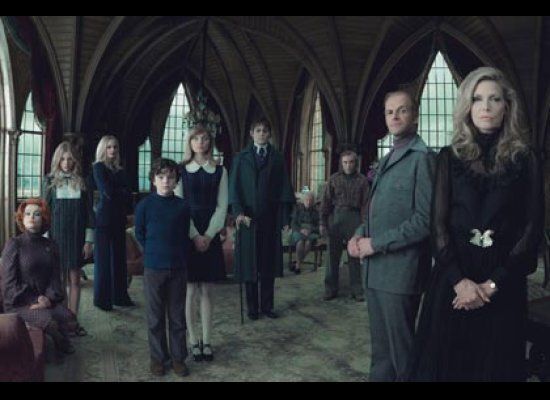 1 / 7
Richard Corliss, Time
So why see Dark Shadows, on a weekend when The Avengers beckons you for a second look? Five reasons, and they're all females. <a href="http://entertainment.time.com/2012/05/10/johnny-depp-in-tim-burtons-dark-shadows-death-warmed-over/#ixzz1uU4LQC55" target="_hplink">Each of the actresses in the cast looks great and star-acts up a perfect storm</a>.