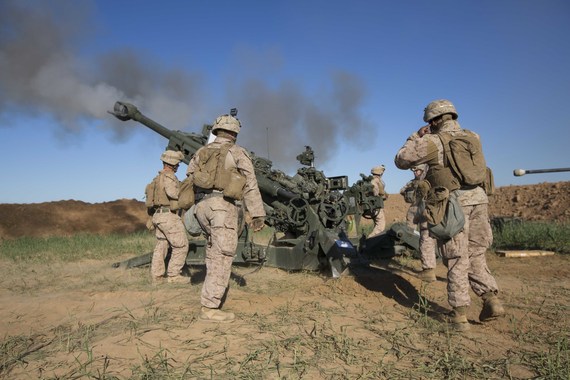 The battle for Mosul is pending. It is likely to start later than its October deadline, however, take longer to fight than anticipated, and will likely result in the destruction of much of the city. Even if the campaign is ultimately successful, it will not bring an end to the violence that has plagued Iraq; it will simply open a new chapter in the continuing sectarian violence and political instability that plagues it.

Moreover, regardless of its outcome, it will prove to be a far-reaching human tragedy for hundreds of thousands of its inhabitants. Baghdad does not have the billions that will be required for its reconstruction nor is it prepared to deal with the onslaught of refugees that the fighting will create.

The campaign itself will be hard fought against a tenacious enemy that will unleash even more new battlefield horrors and will be hampered by political divisions and sectarian conflicts and by the absence of a unified command structure.

In his address to the UN on September 20, 2016, Iraqi Prime Minister Haider al-Abadi announced that the campaign to liberate Mosul would begin in a few weeks and predicted victory by year's end. Earlier, General Joseph Dunford, Chairman of the Joint Chiefs of Staff, had also confirmed an imminent campaign. In Washington, it is common knowledge that the Obama administration is pushing to have Mosul liberated before President Barack Obama steps down on January 20, 2017.

It's impossible to predict how effective Iraqi forces will be or how tenacious they will find the Islamic State (IS) resistance; much less the date of Mosul's liberation. There are a number of factors, however, that suggest that the campaign will drag out over many months, that it will be far bloodier than previous campaigns and that it is unlikely that Mosul will be liberated before next spring.

First, there is no central command authority. There are four armies descending on Mosul: the Iraqi Army, the Hashd al-Shaabi Shiite Militia, Sunni Militias, and the Kurdish Peshmerga Forces. All four of these groups are controlled by their own commanders and operate independently of each other. In some cases, the groups have multiple, disparate commanders with seperate agendaas.

The U.S. and its coalition partners are providing air and artillery support, and training and logistical services, and have deployed advisors at the brigade level to work with Iraqi troops. The US has also deployed special forces units and provided advisors to Kurdish Peshmerga units. American and coalition forces report to and are coordinated by the U.S. Central Command.

In addition, Turkey has sent a battalion-sized force into Bashiqa in northern Iraq, ostensibly to train Sunni militias. Recently, Ankara has expanded that force. It's unclear what role, if any, Turkish forces might seek to play in the liberation of Mosul.

Iran has many officers and "volunteers" drawn from Iran's Revolutionary Guard (IRG) within the Shiite militias. It also has approximately 5,000 troops along with tank divisions, helicopter gunships and mobile missile batteries along the border with Kurdistan. What role Iranian forces might seek to play is also unknown. 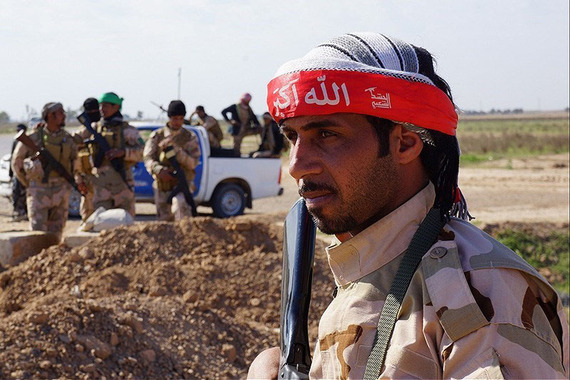 Secondly, Islamic State (IS) has had more than two years to prepare for the campaign. Judging by its determined resistance in the campaigns to liberate Tikrit, Ramadi and Fallujah, IS can be expected to mount a tenacious, scorched earth resistance that will see protracted urban fighting. In Mosul, it appears that Islamic State has taken additional steps to slow down the Iraqi advance.

Mosul has been ringed with oil tanks ready to be set afire if Iraqi troops penetrate the city limits. In addition, when IS militants retreated from the Qayyarah air base they set local oil fields afire. Given the importance of smuggled oil for IS's finances, their willingness to torch oil fields suggests that IS understands they are approaching the end game and that once dislodged from the area they are unlikely to regain control anytime soon. Expect more oil fields to be torched once the fighting begins.

There have been persistent reports that Islamic State militants have been digging tunnels in Mosul to allow them to stage attacks in the rear of advancing Iraqi troops. This was a practice also evidenced in the Tikrit, Ramadi and Fallujah campaigns. It's likely it will prove true in Mosul as well.

Equally troubling, has been IS's use of chemical weapons. Pentagon fears that IS was manufacturing mustard gas, a highly toxic WWI era nerve gas, was confirmed when Sleiman Daoud-al Afari, IS's head of chemical weapons development, was captured. 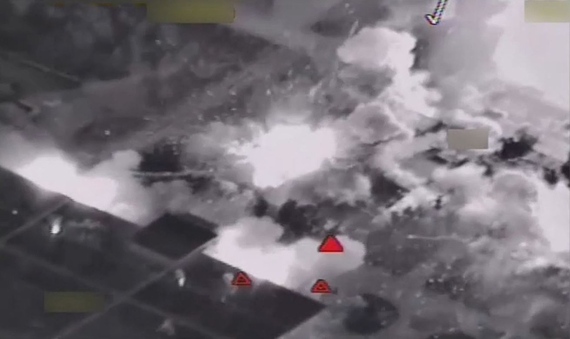 Mustard gas, on the other hand, is highly toxic, tends to hug the ground, and remains persistent in the environment. IS militants have fired artillery shells containing mustard gas at opponents. Most recently, in mid-September against the Marine artillery base at Kara Soar (Fire Base Bell).

In an urban setting, in large quantities, it could also be used to create area denial zones that would slow down advancing troops or force them into prepared kill zones. The release of mustard gas in the rear of advancing Iraqi troops could also prove to be highly disruptive. Widespread use of mustard gas would also make post liberation clean up highly dangerous and could result in significant civilian casualties.

Pentagon estimates put the strength of IS fighters in Mosul at around five thousand militants. Iraqi government sources place the strength at around 30 thousand. The likely number is probably in the middle. Regardless of the number, it is going to be a larger force that Iraqi troops have previously dealt with.

Coupled with a civilian population of between one and two million people, and an opponent determined to die fighting, the liberation of Mosul is going to be the bloodiest, most bitterly fought urban campaign since Stalingrad.

UN sources estimate that upwards of one million people in Mosul will be displaced by the fighting and that it will take months, if not longer, before the city would be safe enough for them to return. Judging from the Anbar campaigns, large areas of Mosul will likely be rendered uninhabitable by the fighting.

UNHCR officials in Mosul believe that neither they nor the Kurdish and Iraqi governments have the ability to handle this scale of refugees. Baghdad's proposal to bus 250,000 Mosul refugees to abandoned buildings in Tikrit was denounced by Sunni leaders as hopelessly inadequate and as little more than a thinly veiled attempt at the ethnic cleansing of Sunnis from Mosul. 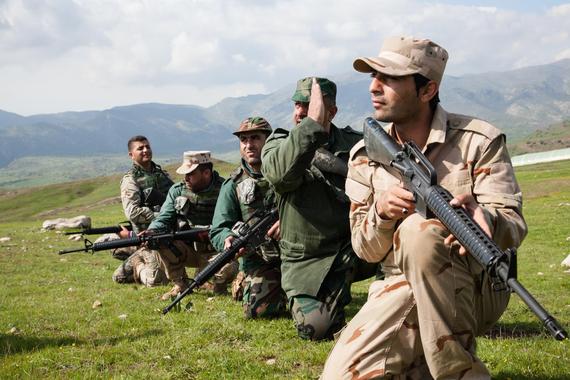 On September 22, Iraqi troops took the town of al-Shirqat, about thirty-five miles north of Baiji and due west of Kirkuk. Al -Shirqat is about 25 miles south of the town of al-Qayyarah. This section of the Tigris Valley is the last remaining portion, outside of Mosul, still controlled by Islamic State.

Closing this last gap would completely isolate IS militants in Hawija and the surrounding region and make it harder for any Islamic State fighters to escape from Mosul down the Tigris Valley. Along with Tal Afar, Hawija is one of the last two remaining IS controlled towns in Iraq besides Mosul.

Ironically, al-Shirqat is where the last battle between British and Ottoman troops was fought in the Mesopotamian Theater. Had British troops stopped there in accordance with the provisions of the Armistice of Mudros, this would have been the northern border of Iraq.

Clearing this last stretch of the Tigris Valley would also secure the rear area of the al-Qayyarah military base. That base, only 40 odd miles south of Mosul, is expected to serve as a key logistical center and a forward air base for American and coalition planes providing ground support. The base was heavily damaged, however, and it is unclear how quickly it will be operational.

It's entirely possible that the advance on Mosul will begin before the rest of the Tigris Valley is secured. Given Islamic State's history of trying to deflect attacks by striking elsewhere, however, securing the rest of the Tigris Valley and further strengthening their hold on Highway 1 to Mosul would be prudent, even if that means the advance on Mosul is deferred into late October or November.

Moreover, even stripped of its territorial holdings, Islamic State will remain a formidable opponent. IS has already been largely ejected from the major urban centers in Anbar province. As expected, however, it has simply returned to its "insurgency mode," launching a string of attacks and bombings against Iraqi government targets and Iraqi Shiites. It is likely that Mosul and the rest of Nineveh province can expect the same.

Sorting out post liberation Mosul will likely prove to be equally complex. Mosul, and much of the region of Iraqi Kurdistan, was never part of the historic region of Mesopotamia on which modern day Iraq is based.

Officially, the fighting in the Mid-East theater during WW I, including the Mesopotamian campaign, ended when the Ottoman Empire signed the Armistice of Mudros with the Allied powers effective October 31, 1918. 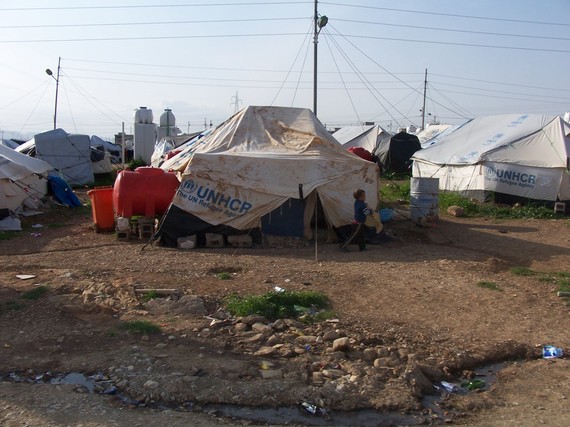 The British Commander Sir William Raines Marshall, was instructed by the War Office in London, however, to make "every effort...to score as heavily on the Tigris before the whistle blew." The armistice specified that all sides were to hold their positions as of October 31, but Marshall ordered General Alexander Cobbe to continue to advance on oil rich Mosul. Despite Turkish protests, Cobbe continued to advance unopposed for an additional two weeks, covering 80 miles, until he had secured Mosul and its oil fields.

Were it not for that advance, in violation of the Armistice of Mudros, northern Iraq, including most of Nineveh Province and Iraqi Kurdistan, would have remained part of the Turkish state that emerged from the detritus of the Ottoman Empire.

Historically, Mosul was a Kurdish city. During the 1980s, Saddam Hussein's government resettled large numbers of Sunnis in Mosul in order to reduce its predominantly Kurdish population. The disposition of Mosul and its surrounding oil fields is likely to become a contentious issue between Erbil and Baghdad.

Despite Iraqi and U.S. government hopes that Mosul will be liberated by the end of the year, such an outcome seems highly unlikely. In the meantime, no one seems prepared to deal with the hundreds of thousands of new refugees that will result from this impending tragedy.