A bit lost in the fact that Matt Damon does not appear in the latest Jason Bourne movie, The Bourne Legacy, is that Jason Bourne does not appear in The Bourne Legacy. On the surface, this may seem like the same thing. But Damon's non-inclusion has been such a big story Bourne's non-appearance has been somewhat lost. This is actually quite remarkable: For crying out loud, the character's name is in the title of the movie. Could you imagine a Harry Potter movie in which Harry Potter does not appear? Now, this has been attempted a handful of times in the past, but the results haven't been particularly stellar. In fact, it could be considered the Kobayashi Maru of character scenarios. Actually, two examples in particular stand out: Smokey and the Bandit Part 3 and The Dukes of Hazzard.

(Yes, Valerie sort of qualifies. Valerie Harper was famously written out of her self-titled show -- her character was actually killed -- and the show was, briefly, renamed Valerie's Family. But then it was re-branded as The Hogan Family, which is the title that people remember.)

Smokey and the Bandit Part 3 was the 1983 follow up to a very good first Smokey and the Bandit movie and a not very good second installment. In other words: Burt Reynolds was wise to end his relationship with the series once Dom DeLuise showed up with an elephant. Regardless, even without Reynolds (save for a very small cameo in a faux dream sequence), a third movie was filmed.

(And before you question why Smokey and the Bandit Part 3 counts and something like, say, The Next Karate Kid doesn't, I defy you to guess the Bandit's real name without looking it up. I'm waiting. OK, it's Bo Darville, but he went by "Bandit." Daniel LaRusso never went by the name "Karate Kid.")

Now, a big difference between Bandit 3 and The Bourne Legacy is that Bandit 3 didn't introduce a new main character. In Legacy, we meet Aaron Cross (Jeremy Renner) for the first time in this movie. In Bandit 3, it's almost as if they just looked at Jerry Reed and said, "So, want to wear Burt Reynolds's clothes and drive the Trans-Am instead of the semi-truck in this one?"

(Actually, the backstory of Smokey and the Bandit Part 3 is borderline fascinating. Without Reynolds, the original plan was to have Jackie Gleason play the dual role of Buford T. Justice and the Bandit and call the movie Smokey IS the Bandit. A teaser trailer even exists confirming this.

Sadly, Joan Allen was never approached to reprise her role as Pamela Landy as well as play Bourne simultaneously.)

So, unlike Bourne, Bandit 3 gave us an existing character who's pretending to be the title character. If a producer would have just read the last part of that sentence out loud to themselves before Bandit 3 was made, Bandit 3 would have never been made. Not surprisingly, Smokey and the Bandit 3 was a box office bomb.

What The Bourne Legacy actually did do is much more similar to what happened in The Dukes of Hazzard's infamous fifth season. Due to contract negotiations gone wrong, series stars John Schneider and Tom Wopat -- who played Bo and Luke Duke, respectively -- missed the first 17 episodes of the season. Sure, there were other people with the last name "Duke" on the show. And, yes, the two lookalike replacements -- Coy and Vance -- had the last name "Duke," too. But it was painfully obvious by the declining ratings after the departure of Schneider and Wopat that the Dukes in the title referred to Bo and Luke.

Now, in Legacy, Aaron Cross is in no way related to Jason Bourne. In fact, it's made clear that the two have never met. So, it's not exactly like audiences are going to be introduced to a Matt Damon lookalike named Coy or Vance Bourne this weekend. (Though, I'm fairly certain that I would pay money to see this attempted.) The thing I can't 100 percent figure out yet -- and the answer to this question will determine The Bourne Legacy's success or failure -- is just how much people like the character of Jason Bourne. Do people just like the format of a Bourne movie? If so, The Bourne Legacy certainly hits most of those marks. Or do people like the Bourne movies because they feel a connection with Matt Damon as Jason Bourne? This is an interesting question because, usually, when a project is named after the main character, these two aspects -- character and format -- go hand in hand. Now, this weekend, audiences are being forced to make a choice between the two.

In The Dukes of Hazzard, people legitimately liked Schneider and Wopat as the stars of that series. And in Smokey and the Bandit Part 3, people weren't buying the Snowman as the Bandit. Now, Jeremy Renner is obviously not an unknown actor just brought in off the street or a supporting character in over his head. But, if people really do like Damon as Bourne, Renner could be resented in this role -- which is basically the opposite of what he did in Mission: Impossible - Ghost Protocol. (Even if Renner does take over the Mission: Impossible franchise some day, it appears to be a halfway friendly transition of power.)

Smokey and the Bandit Part 3 was the last of the theatrical Bandit movies. After dismal ratings during the Coy and Vance era, Schneider and Wopat eventually returned to The Dukes of Hazzard at the end of the fifth season, but viewers never fully returned and Dukes only lasted two more seasons. Of all things, Valarie had the most success after losing its title character, lasting four more seasons after Harper's departure. So, maybe that fact offers some solace for The Bourne Legacy. But I'm not sure a franchise this valuable wants to pin it's place in history on a mid-'80s Valerie Harper-less situation comedy.

Mike Ryan is senior entertainment writer for The Huffington Post. Over time, he learned to appreciate Coy and Vance Duke. You can contact Mike Ryan directly on Twitter.

'The Bourne Legacy': What Happens After The Title Character Is Ditched?
&#039;Bourne Legacy&#039; Premiere 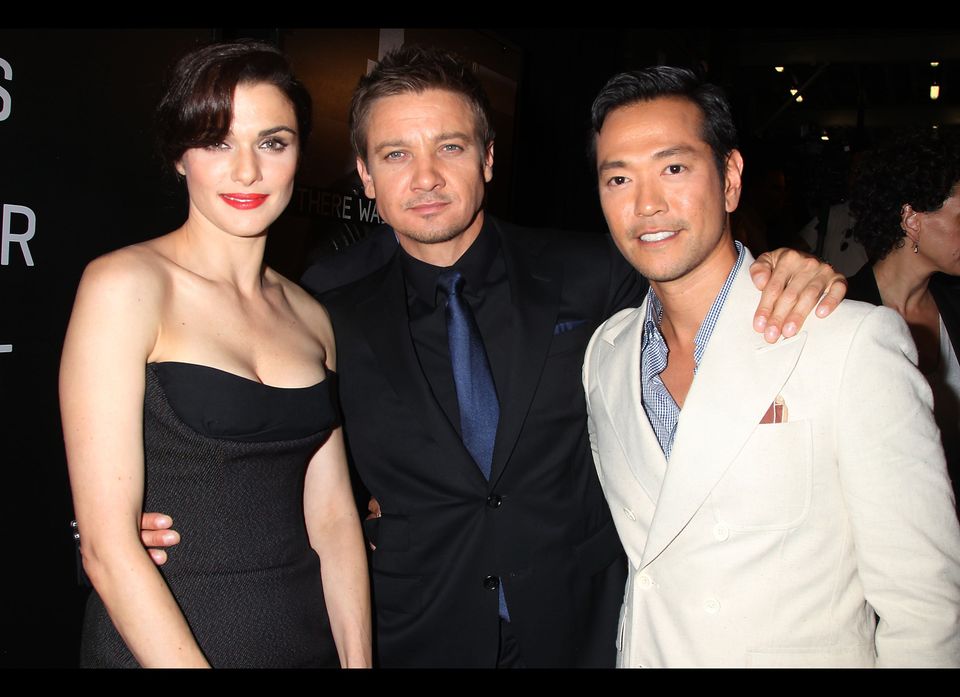