Nov. 21, 2016 -- What is to be gained by meddling in the Middle East? Is there a positive end game for the United States in inserting itself into Middle Eastern affairs? Is there an end game at all?

War Fatigue in the Middle East

Mosul is in the news again. It's a perfect example of how the Middle East seems to grow more confusing and more dangerous on a daily basis. And in viewing coverage of it, it feels like we've been there, done that before. And we have.

What happens in Mosul does affect us. Mosul and the Middle East may seem like a long way off and largely forgettable in Americans' day-to-day lives, but the violence stemming from the region has crossed borders. It's not just America that has been affected by it -- remember the attacks in Paris just a year ago in which 130 victims lost their lives; remember the bombings on mass transit (the Underground trains) in which 56 people were killed; remember the terrorist bombings in Brussels, Belgium just earlier this year in which 32 people were killed and more than 300 injured; of course, none of us will ever forget 9-11 and other terrorist attacks right here on our own soil (the shootings in Fort Hood, Texas; the Boston Marathon bombings to name just a couple prominent ones).

The history of Mosul shows that for centuries it was a walled trade city that straddles the Tigris River and linked trade routes to the east with cities to the west. It also has endured war and conflict, not unlike the tug of war over control of it that is going on today. 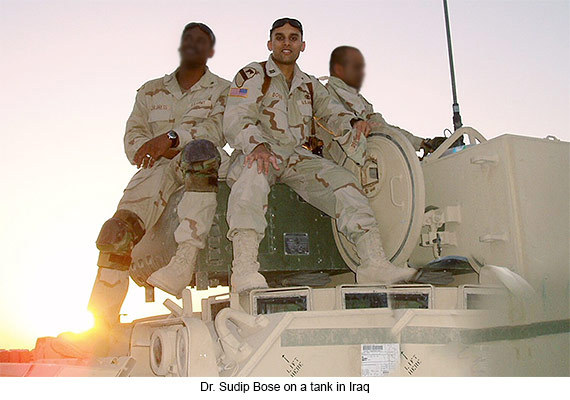 Back in 2003 during the Iraq war, US-led forces under Gen. David Petraeus entered the city of Mosul and occupied it while going about the task of making civil peace with local Sunni tribes. However, in November 2004, as some US soldiers were filtering out of the city to support the attack on Fallujah, insurgents were coming into Mosul where they began attacking Iraqi police and coalition forces. The insurgents flooded the streets of the city and had splintered the city's security, such as it was.

But in heavy fighting, US-led forces overcame the insurgents and quelled the uprising, regaining control of the city. However, the insurgents were able to remain in pockets in the western part of Mosul, from which they conducted raids over the coming months.

Even with vastly superior forces, (the Iraqis had 30,000 troops facing the ISIS insurgents, which numbered about 1,500), the Iraqis lost Mosul in early June of 2014.

Now, Iraqi forces have begun their assault to retake Mosul with support from Kurdish militias and coalition special operations units, including those of the US.

History Shows to Stay the Heck Out of There

And so it goes. The cycle of the power struggle in Mosul is a reflection of the greater power struggle in the Middle East region over centuries. There has been conflict in the region dating back to the Crusades and beyond -- in fact, back to the onset of Christianity and the rise of Islam.

The Greeks fought against Persia over diverging ways of life in the Middle East in a struggle most famously highlighted by the battle of Thermopylae in which 300 Spartans led by Leonidas clashed vastly outnumbered against a Persian army led by Xerxes. This conflict took place in the 5th Century, BC.

Among the many reasons that led to the fall of the Roman Empire was their expansion into the Middle East -- the eastern half of their empire. It was centered in Byzantium, or as it would later be known, Constantinople. When the Roman Empire fell, generally attributed to be in 476 BC, it gave rise to the Byzantine Empire.

Is it right and/or appropriate for an outside entity to try to influence the direction of the region? Is democracy right for all?

As a Western civilization and Western culture, we have vastly different experiences and heritage than do Middle Eastern civilizations or other civilizations around the world. Is it right to force those Western concepts on a different people? Take my own country of heritage, India. My parents immigrated to the US from there in the 1960s. India was and is vastly different in every way from the British culture of the west. Yet the British influence grew in India until resentment resulted so much in opposition that the Indian people revolted in what turned out to be a barbaric fight to overcome British rule. The Indian revolt initially was unsuccessful, and British ruled over India for almost a century before India regained its independence, largely through nonviolent means.

Much of the conflict in India centered around the tolerance, or lack thereof, of the British for the Indian culture as well as the growing number of Christian ministries coming into India to try to convert the Hindu majority as well as Indian Muslims. That didn't go so well. For example, the Indian city of Bombay was once known as "the burying ground of the British."

If you look at the history of the Middle East, you'll see that invading forces have never had any long-term success when they try to insert themselves into the affairs of any of the countries in the region.

So with competing religious beliefs and cultural disparities steeped in a region for centuries, it's pretty much impossible to avert the march of history through outside force or influence.

Isn't that an important lesson to understand?

I've been in the middle of conflict in the Middle East. I served in the U.S. Army as a front-line combat physician for 15 months while in Iraq. My service in war was one of the longest continuous tours of combat by a physician since World War II. I treated thousands of our troops during that conflict and also provided medical care for Iraq's deposed dictator, Saddam Hussein, after his capture.

I was in the middle of it all, observing the struggle. There was a basic good vs. evil struggle going on there that made my mission an easy one to keep focused on. However, I keep coming back to the history of the region, looking beyond the current day-to-day struggles and understanding the clash of cultures and religion. We removed Saddam, and we gave Iraq a chance at democracy by doing so. But they did not take to democracy. Not everyone can bear the responsibility of democracy. All we can do is give them a chance.

In my experience and from studying the region, it appears to me that modern armies are good at waging war and removing Jihadists, but they are bad at rebuilding countries afterward. Just look, again, at what is going on right now in Iraq. We will be bankrupt, if we're not already, from this war. The fighting in the Middle East has been ongoing for centuries and it's very likely to continue.

Sometimes, you have to remove a source of conflict and pull back, and just observe, and let history play itself out. But there are alternatives between the options of violence and turning our backs.

If not military action, then what? How do we influence hearts and minds?

I think there are a number of fronts we could progress on:

1) Electronic -- Radical groups communicate electronically. Use social medial media to bring like-minded Muslims together and give them a safe way to spread the call of reform to a wider audience. Bring together the voices who believe:     a. Scriptures should not be misused to justify violence     b. Value of this life in addition to the focus on life after death (which glamorizes violence and martyrdom)     c. Religion and state should be more separated 2) Smart borders -- Discernment! Key word here. We can still heavily vet refugees and let in those who need help 3) Increase resources (security) -- and bring in International help as a presence (not just from the US) 4) Military -- We're doing this to some extent already, but we need to continue to have special forces accompany Iraqi military and train on tactics and strategy. We're the best in the world at that and we're good at removing combatant forces but not at rebuilding and maintaining. Islamist governments are failing to deliver on their promises, causing Muslims to look to Western countries for a better life. And with more Muslims moving to Europe and North America, they will inevitably be lead toward reform. 5) Diplomacy -- Shiites, Sunnis, Alawites, Kurds can all live in peace and govern. It's possible if they don't become intimidated by anyone trying to silence thoughts and stifle discussion and compromise. In order to resolve conflict, we first need to be able to voice our doubts or criticism about a subject - any subject, from Qur'anic interpretation to nuclear waste - and then have a peaceful discussion. 6) Laws -- Emergency measures are ok, but warrantless searches can be abused 7) Grey zone -- This is where loyalty is divided between radical Islam and a country where they feel they don't belong. Use the moderate Muslims to lead the way and support them. Assuming everyone of all races and religions want the best life for themselves and their children. Radical fundamentalism has little to offer in that regard. We have to show that to them - common sense has to prevail.

On that last point, let's think about this: Before Nazi Germany rose up, most would say by and large that the German people were good. But they became brainwashed, and those in power -- the most radicalized -- silenced the majority and initiated violence against other peoples that throughout World War II would cost some 60 million lives.

Christianity used to be an extremely violent religion, as the Crusades will attest to; but Christian leaders eventually gave up its militancy. To mirror this practice with Muslims, to help the clerics lead a similar change within Islam, means that people have to stop suggesting that Islam is a peaceful religion and address that. The politically correct suggestion that Islam is a peaceful religion will only justify the authorities' not taking action. But by the same token, we have to watch hate speech. It radicalizes more people if they're constantly attacked. You can't throw a brick into someone's window just because they are a Muslim. Please revisit the "grey zone" point number 7 above.

And I'll leave you with one last piece of discourse that I find incredibly insightful and powerful. It's a clip from a Heritage Foundation forum in which they were discussing the attack on the Americans in Benghazi in which four Americans were killed. You can view it here: Not All Muslims Are Bad (please scroll down the page to view the video).

For more about Dr. Sudip Bose, MD, please go to SudipBose.com and visit his nonprofit TheBattleContinues.org where 100% of donations go directly to injured veterans.