Barack Hussein Obama isn't like the rest of us; and I don't mean because the rest of us aren't President. I mean that the rest of us don't have two relatives living in this country illegally, not paying taxes and sponging off our housing, healthcare and welfare systems.

And even though Obama has been widely quoted saying his relatives should be prosecuted, they haven't been prosecuted at all. They've been left alone to quietly leech off the American system or granted asylum in our country.

Our President's aunt, Zeituni Onyango, first came to our attention during the Senator's remarkable theft of the Presidency in 2008; there was no doubt but that she represented a serious threat to his ambitious ascendancy to the Presidency. You may recall she's the aunt who was in the USA illegally, living in Boston and receiving welfare. 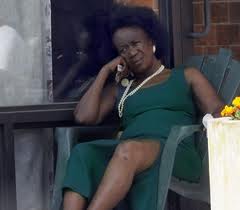 This TV news report interviews her and calls her "fiery." Can you imagine being in Russia illegally for years and years, for instance and having the unmitigated gall to tape a TV interview and act "fiery?" But then again that would never happen as Russia would never allow that sort of thing to occur--you'd be deported or on your way to Siberia in nanoseconds if budget allowed. Some people just disappear, never to be heard of again.

If you want to get angry, really angry, watch this video. Americans were rightfully livid after hearing the story of this unapologetically arrogant woman who blamed our system for giving her so much; a place to live in public housing, $51,000 in disability payments and regular welfare payments of almost $700 per month, not to mention the taxpayer-funded hospital stays and treatments.

But we did nothing and went right ahead voting for her nephew who ignored her publicly while his campaign staff issued reports putting lots of distance between Obama, the rising star and his two feckless relatives.

Barack Hussein Obama's aunt embodies everything that is wrong with America and shows us the way to fixing such things.

People such as her, who don't appreciate the greatness of a country which gives them so much and aren't grateful for all taxpayers do for them, shouldn't receive any assistance at all and should be immediately deported. No other remedy is acceptable. It is the law of our land and there are no exceptions.

While the American people had been constantly reassured Obama never knew that his unfortunate aunt was here illegally and that the two were not close, Ms. Onyango did of course attend both of her nephew's inaugurations for the Senate in 2005 and then as President in 2009.

Ms. Onyango soon turned up represented by an expensive Cleveland immigration attorney when she had frequently chorused she was "broke." Then, the very same judge who had ordered her deported from US soil in 2004 mysteriously ordered that she could stay in America. What the hell's wrong with this picture?

And as some astute reporter discovered, Obama's aunt also made illegal campaign contributions to his Presidential campaign; illegal aliens are strictly forbidden from contributing money to US politicians.

But that law didn't stop the Obama aunt one bit. After all, no other laws stopped her from doing exactly what she wanted.

The real shame Obama himself must own is his continued refusal to support his aunt financially instead of watching her bleed the American taxpayer dry. Obama is living rent-free in the White House with all of his and his family's clothing, food, beverage, lavish parties and worldwide travel paid by the US taxpayer.

Can this man--our President--not spare some cash for a destitute aunt? What kind of person ignores their own flesh and blood?

Obama's uncle is an even worse story of an illegal taking advantage of the American system with even worse results.

"Drunken Uncle Omar," according to a statement by Rep. Steve King (R-IA), has twice been ordered deported and thrice arrested in our country all while being here illegally. He is being held on an ICE arrest warrant. How do these people remain in our country? 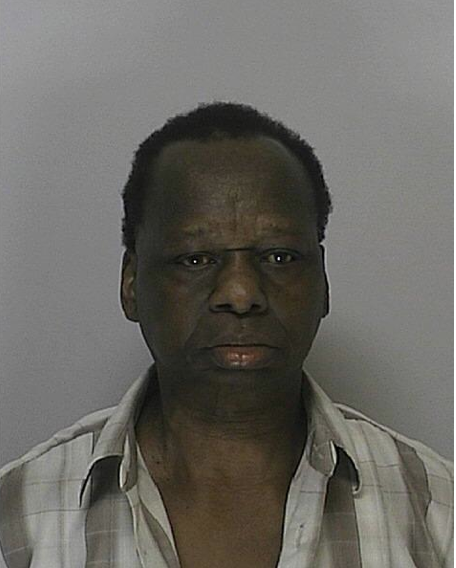 This miscreant here illegally, has cost American taxpayers huge amounts of money in terms of processing his arrests and trying to get him deported alone; never mind the public funds for the poor he's siphoned away to himself under his constantly shifting, multiple names.

I had originally intended to write more about the awful activities of this other Obama ... but I'm fed-up and can't write anymore about this man.

One closing question I would have is this: where will one or the other of these two illegal aliens turn up next, alone or together; wasting taxpayer dollars in some foolish and heinous way?

The other closing question: Is this really the kind of man with this kind of family background, that we elect President of our country? What's wrong with this picture?