A few years ago I directed If a Tree Falls: A Story of the Earth Liberation Front, a documentary about the rise and fall of a radical environmental group that committed dozens of acts of arson against timber companies, developers, polluters and others. The film included conversations with former ELF members, mainstream environmental activists, arson victims and the law enforcement team that sent the ELF members to prison.

After screenings of the film, I would often get comments about how "balanced" it was. But that word always made me wince. I didn't intend the film to be balanced; I intended it to be fair.

To me, balanced sounds like lazy "he-said/she-said" journalism where, if one person says the earth is round, someone else is invited to say the earth is flat. Every opinion, no matter how outlandish, is treated as equally valid, and questions of fact are offered up for debate.

Being fair, on the other hand, is recognizing that the world is not always black and white. It's acknowledging that sometimes people disagree, not because they are good guys or bad guys, but because life is complex. On issues like how to define terrorism or how to effectively and ethically push for social change, the deeper you go, the muddier the water gets. The different voices included in If a Tree Falls aren't there because I was seeking balance or because I wanted to push aside my point of view. They were included because they reflected my point of view, which is not neatly resolved.

Balance is mathematical: If you include X, you must include negative-X. Fairness is harder.

It involves honestly listening to people, observing them carefully and trying to separate genuine complexity from disingenuous smoke. It involves engaging with people's strongest arguments rather than their weakest, and resisting the desire to set up straw men who are easy to knock down. It also involves leaving open the possibility of having our minds changed, of winding up in a different place than we expected when we started out. (This can also make for more interesting filmmaking; I love watching films with surprising turns that upend my assumptions.)

Sometimes balance and fairness can yield a similar-looking film in the end -- one that includes a variety of voices and differing opinions. But other times, they yield something quite different. My 2005 film Street Fight followed a bare-knuckles election in Newark, New Jersey, between Cory Booker, an idealistic reformer, and Sharpe James, the head of the city's political machine whose lies, intimidation and race-baiting were documented in the film (he would eventually go to federal prison for corruption). 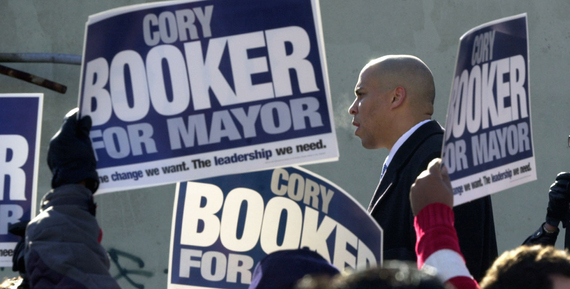 A balanced film would have presented the two candidates as if they were ethical equivalents, and much of the mainstream media covering the election at the time did exactly that. During the campaign, to pick one example, James claimed that Booker had raised $6 million and was trying to buy the election. Booker insisted that he had raised half of that, similar to the mayor's own fundraising. The numbers were easy to verify by checking the filings on a government website, but too often the media just presented both campaigns' sound bites side by side and left the impression that there was an open question.

In treating both sides as equals, those outlets sacrificed accuracy. The more balanced they were, the less fair.

We see this same thing in the way network TV covers, say, a presidential debate. At the end of the debate, pundits cite three examples of when each candidate stretched the truth. Needless to say, it's unlikely that both candidates stretched the truth exactly three times. But the broadcasters are afraid that if they pointed out five lies on one side and one on the other, they'd be accused of bias. So they distort the news to make it more balanced.

I didn't want to do this with Street Fight, and so -- while I think the film is fair -- it is not balanced. The candidates come across differently because they were different. I think that filmmakers should be like referees, and a good referee isn't concerned with calling the same number of fouls on both sides. Good referees call fouls when they see fouls.

One problem with all of this is that for a viewer, it can be hard to tell whether one team is actually fouling more or whether the referee is just on the take. From the outside, it's hard to differentiate between a fair profile of a corrupt person and a hatchet job.

So as documentary filmmakers, we have to police ourselves. We have to ask ourselves over and over, "Does this edit -- by definition an alteration of what was recorded -- make this film more accurate, more rigorous, more enlightening? Or less? Is it a fair construction?"

Unfortunately, there's no tidy consensus on the rules. To help me navigate, I try to ask myself what I'd want to see if I were the audience. Focusing on that -- instead of focusing on what I want to say as the filmmaker -- can sometimes give me clarity.

As an audience member, I want the filmmaker to pare away clutter and get to the heart of the story. I don't expect a film to include every shade of every character or every footnote to every argument, but I want my intelligence and curiosity to be respected. I don't want to read something on my way home from the screening that pops the entire thesis of the film. I have no ethical problem with sharpening drama or using music to convey emotion, but I also want to be allowed space to interpret a story for myself.

What does fairness look like when a film has just one voice? My most recent documentary, Point and Shoot, profiles a single character who tells a subjective version of his own story, similar to The Kid Stays in the Picture or The Fog of War. And as in those films, he's a complex provocative character who elicits very strong -- and often quite different -- reactions from people.

These kinds of films can't be a dialogue between different voices on screen, and so they must be a direct dialogue with the audience. With the footage I had, I could have made the film into a take-down or a rose-colored hagiography, but neither of those seemed fair or accurate -- or particularly interesting. So instead, I tried to tease out the universal questions in his story -- questions about adventure and "manhood" and how we use cameras to craft our self-images -- and invite the audience to engage with those questions themselves.

At the end of the film, I ask the main character whether he achieved the goals he had set out at the beginning of the film, and before he answers I cut to black and roll the credits. Being "fair" in that case seemed to be telling the audience, "There's a debate here, and it doesn't matter what the character thinks or the director thinks. I hope you'll walk out of the theater and draw your own conclusions."

There are no objective standards for fairness, and even the best-intentioned filmmakers are going to disagree at times. But if fairness is a goal we keep in mind, I think it will nudge us to make films that are more powerful, and in many cases, more entertaining and satisfying.