"Plans are useless. Planning is everything." - Dwight David Eisenhower

If all goes as planned, in 18 days the hatch will open and our one-year mission to simulated space will end. Thanks in part to this mission, if all goes as planned, a generation from now we'll be waist-deep in our first attempt to land humans on Mars. Between now and then, plans will accumulate: a plan for building a launch vehicle; a plan for getting our stuff there (hopefully, most of it in advance); a plan for how to select and train and feed and water a crew of four or more for three years. Sometimes, twenty years feels like enough time to make all this happen. Then, I remember how long it took to plan, design, build, test, launch, and land the Mars Curiosity Rover: ~2004-2012. When a robot's one-way trip was eight years in the making, twenty years to get people safely to Mars and back suddenly seems like a mighty tall order.

Fortunately, we've already started. Our mission is proof of that. 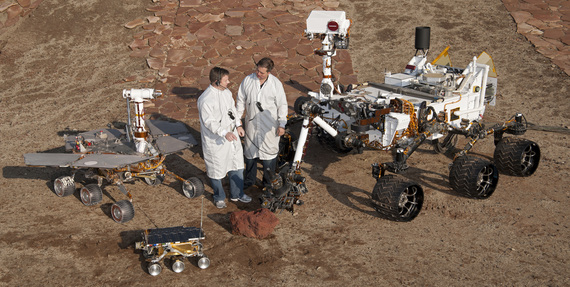 To be fair, it took ~8 years to build not 1 but 2.5 Curiosity Rovers: the one that went to Mars, the one that lived in the test bed on Earth, and the one that existed in pieces in a software and hardware testing lab. Credit: By NASA via Wikimedia Commons.

Simulations like ours are a critical part of any serious endeavor. The reason is simple: humans need to practice in order to get things right. Whatever we attempt - be it a geometry problem, a round-house kick, or an asteroid rendezvous - the odds of our success are inextricably linked to how many times we've tried that particular maneuver before. Entropy will always introduce unforeseen twists and turns. The more times we've simulated the scenario, the less likely we are to fall flat when our standing plans fail. 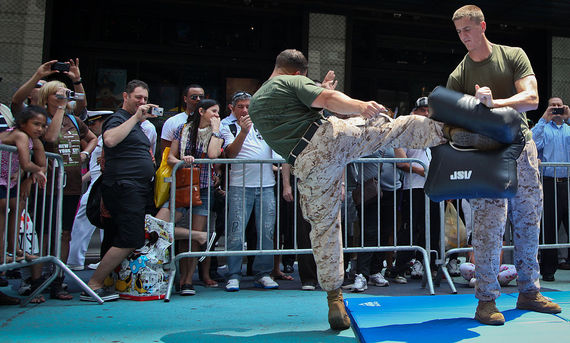 Case in point: we planned July's water supply down to within a centimeter of our tank's low-water mark. Based on the last ten months of data, our chief engineer was able to make a call that accurate. His projections were dead-on. Nonetheless, our refill plan failed. When the appointed time came, no water 'bot arrived.

This was due to a mechanical failure on their end. On our end, there is an emergency water tank for just such scenarios. However, it hadn't been touched in years. Like a stubborn Schrodinger's box, the quality of the water in our tank was totally unknown, even after we opened it. Also unknown: when we would get more water delivered.

Fortunately, though our initial plan failed, we've been practicing water extraction and water restriction for nearly the entire mission. A a result, we had the power to SCIENCE our way out of disaster by distilling the emergency water: by boiling it and channeling the evaporated contents into a container. Within hours of us realizing that we weren't going to get our scheduled water delivery, we had just such a system set up and running .

Thanks to water restriction days, which were an invention of this crew, we knew how much water we needed to produce to survive and by what margin. Experience also told us how much power we could spare to run the electric heaters that were boiling the water one pot at a time into steam that collected onto plastic sheeting, which then ran down until it gathered underneath the weight of a metal spoon and dripped into the bottom of the black storage bin in which the entire contraption was contained.

In this way, clean water collected slowly and steadily. Every so often, one of us would come along with a baster, suck the distilled water out of the bottom of the bins and add more water to the pots. This evaporation system produced liters of purified water: enough to keep us going, at least for a while. 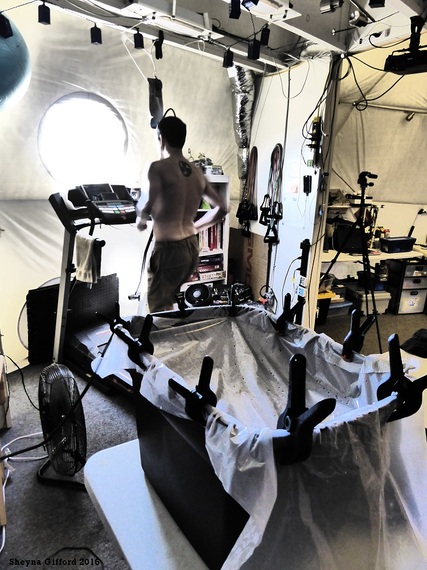 This crew dealt with that level of potential disaster without so much as breaking a sweat. We didn't even have to change the rhythm of our day much to do it. I'm not sure how a crew who had only been up here for only a month, or four, would have handled it, which brings us to a question we are asked fairly frequently: What would happen in a real emergency?

Let's say that we hadn't been up here for very long, or that the crew was inexperienced with water reclamation; let say there wasn't enough plastic sheeting to make such a system work, or there weren't enough clamps to hold the sheeting in place (we would default to duct tape, but let's just assume for now that we're running low on that, too). What would have been our fate?

In a real emergency, there are people on this land mass who could make their way up the mountain with bottled water. On Mars, not so much. Going forward, to be sure that crews can handle it both physically and psychologically, we should probably simulate water shortages, as well as food shortages, power shortages, and all the depravation-situations with which the six of us are now intimately familiar. 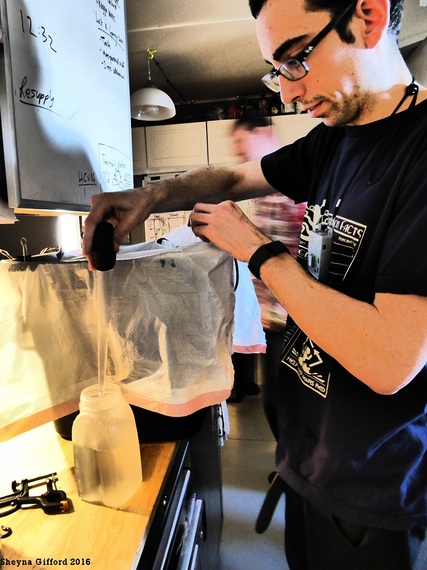 It goes without saying: for most of us, becoming an expert in water purification was never the plan - nor was mastering composting toilet maintainence, repairing hiking boots with duct tape, or any of several dozen things we've taught ourselves over these last 11.5 months. The wonderful thing about our experiment is that we have the opportunity to learn and the freedom to fail - even, one could argue, the imperative. Now is the time to test out these scenarios; to try our hands at pushing limits and pulling ourselves back from the brink. Sometimes, we won't quite make it, and that's ok. We won't fall too hard or fall too far - for now.

Our relative successes and failures from the last 348 days - at growing radishes, conserving water and power, staying in shape, and getting along with each other - will become part of data that goes into planning the first human missions to Mars. Owing to successes and failures from this and other simulations, humankind will master the art and science of planning long-duration space missions. It's the only way we can acquire this skill in advance. In a generation or more, whether the actual plan succeeds as intended (they rarely do), mastery of interplanetary mission planning will sooner or later see us safely through to the next world. Of that much, at least, I am certain. 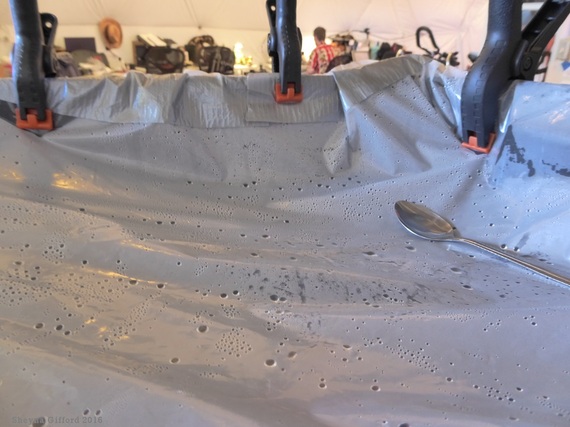