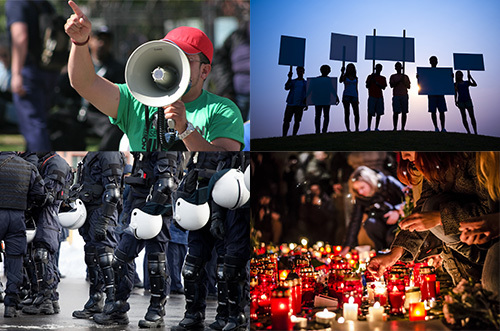 The 2030 Agenda for Sustainable Development calls on countries to begin efforts to achieve the 17 SDGs over the next 15 years. The goals address the needs of people in both developed and developing countries, emphasizing that no one should be left behind.

A PEW Research Center survey indicates that fewer than three-in-ten Americans have expressed trust in the federal government in every major national poll conducted since July 2007 - the longest period of low trust in government in more than 50 years. A recent OECD report indicates that trust in leadership is decreasing across OECD countries. Civic and social engagement is declining and fewer people are engaged in their democracies.

The Millennial Bloggers are based all over the world. They are innovators in entrepreneurship, journalism, education, entertainment, and academic scholarship. This month we ask them to share their perspectives on the high cost of distrust in leadership.

"How do we raise and nurture our young - those that Kofi Annan once called the "lifeline" of any nation - into a sentient and sapient citizenry?", writes Harmony Siganporia. "How do we begin to tackle the problem of trust deficit in political (and corporate, but that's almost the same thing as we know only too well) leadership?" Harmony recommends we try "walking again." Read: What Happens When Leaders Stop Walking?

"In a world where trust is low, having a trusted organization and a high-trust work culture means you'll have a bank full of the ultimate currency - in good times and bad," writes Shay Wright in New Zealand. Shay's organization, Te Whare Hukahuka, helps indigenous leaders grow world-class enterprises. Twenty percent of their programs are focused on building trust. He steps us through one of their key strategies - a concept called 'brave conversations'. Read: Brave Conversations

"A country as beautiful as mine deserves a 'leadership' it can trust," writes Alusine Barrie (@AlusineBarrie), who shares his personal experiences related to why almost 13,500 of his Sierra Leone countrymen contacted the Ebola virus, and nearly 4,000 lost their lives. Alusine asserts, "Had there been trust in the leadership, things would have been very different." He notes, "if the school is where we train these leaders, it is the best place to start our work of rebuilding trust in our leadership." Read: We Cannot Afford to Distrust our Leadership!

Sharing a common vision can be a powerful unifier when it comes to building trust and respect. Bonnie Chiu's (@bonniesychiu) organization, Lensational, is a social enterprise that aims to empower women in developing countries. It is set up in a holacracy in which "authority and decision-making are distributed throughout self-organising teams." Bonnie describes how this model nurtures "an ownership mentality and promotes intrapreneurship" among her team. Read: Fostering Organisational Trust in a Digital Age

"The ultimate trust is trusting those who don't have an extensive track record to point to, and recognizing that the greatest visionaries and disruptors generally don't come from the very establishment that is being upended," writes James Kernochan (@SeamusMcK721), who shares wise and insightful stories from his Broadway tracks, including trying to raise money for a little show no one found appealing called The Book of Mormon back in 2010. Read: Trust Me, I'm a Broadway Producer

"Leadership is an interaction between leaders and followers, and in order for trust to be ensured, that relationship needs to be respected from both the leader and the followers," asserts Dominique Alyssa Dryding (@DDryding). She further notes that "If the individual who is on top of a vertical hierarchy of authority is not able to respond to the situationally dependent needs of followers, technically, they are not exercising leadership." Read: Should Trust in Leaders and Leadership be Earned or Expected?

"How does a nation encourage its youth to participate while maintaining the stability of its democracy? How does a nation make itself malleable to change and open to discourse while maintaining the integrity of its system? Certainly, no country has perfected it," writes Kamna Kathuria (@kkathuri). She believes that establishing strong morals begins with honest, relevant conversations in classrooms. "Imagine students understanding their own role, their own power. Imagine what our world would be like." Read: To Be Heard, Emboldened - And Not Broken

The tragedy of Detroit's school systems has enraged Francisco Hernandez' (@StFrancis_X) trust in that system's leadership and this month he asks, "How can you tell students their education is important when it's clearly not important enough to get right?" Francisco emphasizes that "hope is only restored where faith is rewarded. We must sacrifice the time and the resources necessary to rebuild because for as long as we fail to care about a child's education, so, too, will they." Read: Why Detroit Students Don't Go to School

"As a leader, it's pivotal to possess distinct personality traits and work ethic attributes to garner a group of driven, passionate people to promote an organization's greater awareness, value, and accomplishment of its goals and influence," writes Isadora Baum (@LfyniBaum). And what is this entrepreneur's top five tips for creating a culture of trust in the workplace? Read: 5 Leadership Skills That Instill Trust In Your Team

"Now more than ever, we need strong leadership," writes Reetta Heiskanen (@reettahei), "not leaders who are only trying to say what they think their voters want to hear." But "where are our strongest leaders when we need them the most?" And what represents good leadership? Instead of relying on polls, says Reetta, "a good leader will take risks." Read: Political Distrust is on the Rise

The Millennial Bloggers hail from all over the world. Each writer is also a world traveler and, collectively, they have worked on every continent. The millennials claim their roots in diverse locations: the United States, China, Singapore, South Africa, India, Sierra Leone, New Zealand, the United Kingdom, and Finland. 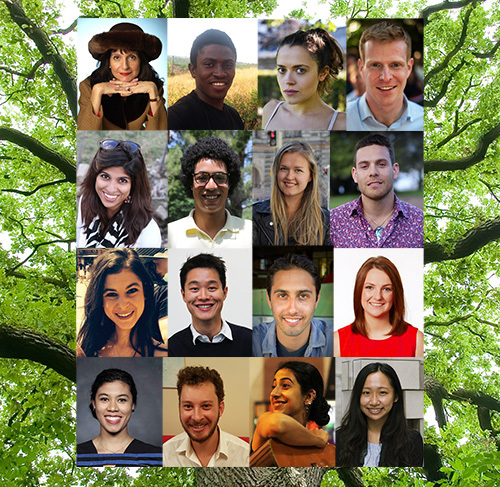