If you ride the 6 train to the end of the line and get off at the Brooklyn Bridge stop, you're missing out on something incredible. As the train loops around to go back uptown, it passes through an abandoned and beautifully preserved City Hall station from 1904.

The city closed the station in 1945, mostly because at its height only 600 people a day used it, and because the loop created an unsafe gap at the platform. In 1995 the city vowed to restore the site and turn it into a part of the transit museum, but those plans were scrapped years later.

The station is still not open to the public, but there's a trick you can use to see it for yourself. Until recently the MTA would force passengers to get off before the train made the loop, but now passengers are allowed to stay on. So the next time you reach the end of the line, keep going. And check out these amazing photos courtesy of John-Paul Palescandolo and Eric Kazmirek. 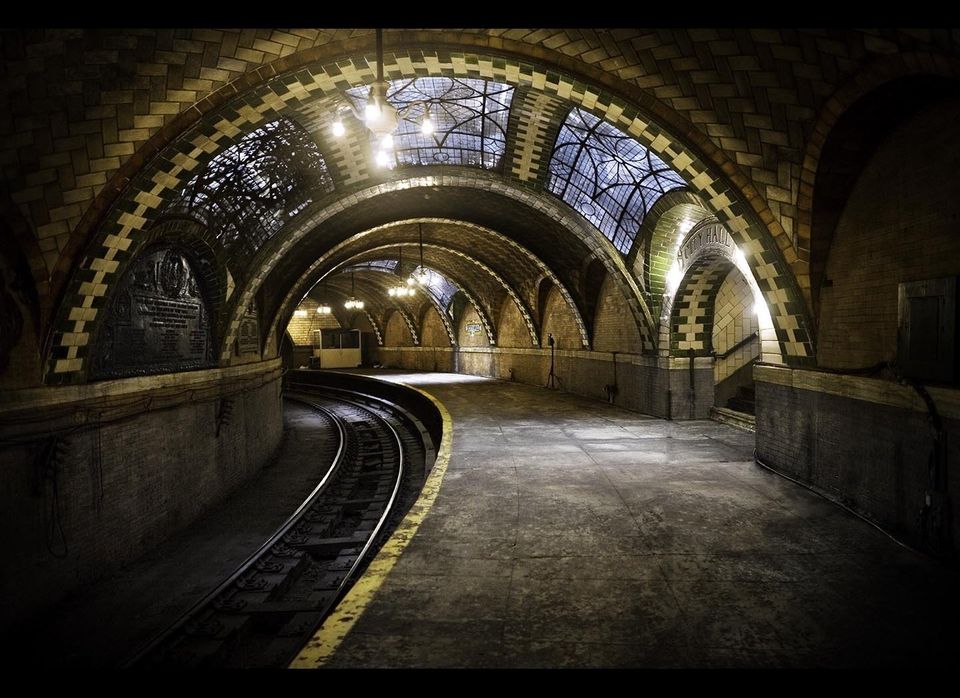