Jerry Seinfeld's new show, "The Marriage Ref," has been slammed by critics since it premiered. But those scathing reviews were nothing compared to what Hulu users had to say, as they once again took to the tags to give their reviews. Did Entertainment Weekly call it "worse than AIDS"? Probably not. Hulu users tell it like it is. This show is "Hitler." (via Buzzfeed) 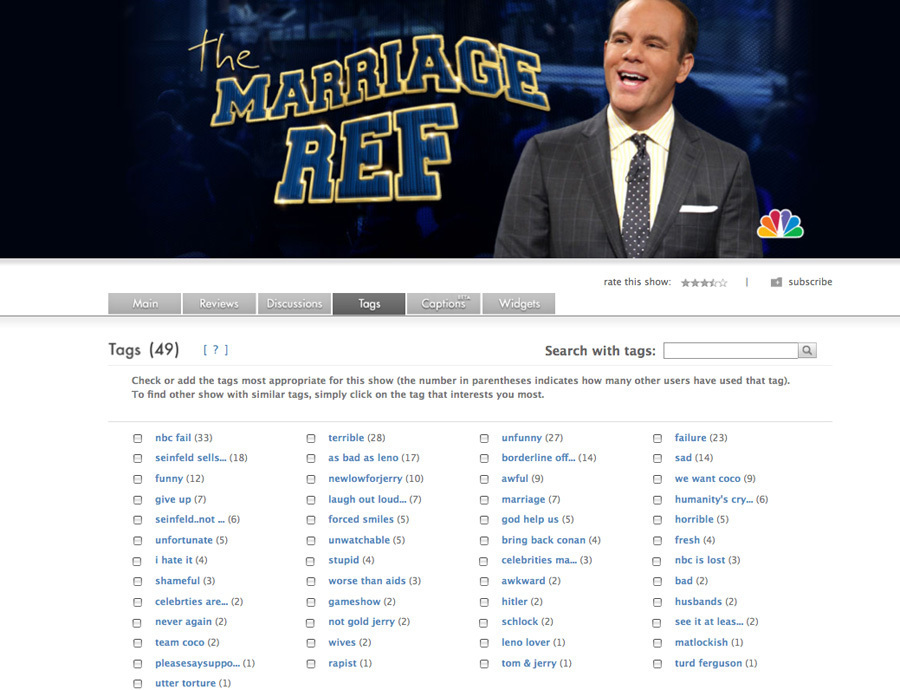