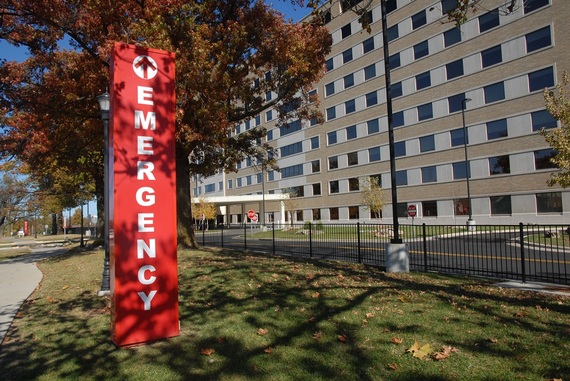 Dr. Andrew Kolodny is the Chief Medical Officer of Phoenix House, a nonprofit drug and alcohol rehabilitation organization with 140 programs in nine states, serving over 18,000 men, women and teens each year.

The great statesman Abba Eban famously said that "tragedy is the difference between what is and what could have been." It is always true when someone commits suicide, regardless of the reason or the means. And it is painfully true when someone commits suicide while intoxicated with alcohol. An alarmingly high proportion of people who end their own lives do so under the influence of alcohol. To fully address the issue of suicide prevention, we must make the role of alcohol a major part of the discussion.

The link between alcohol and suicide has been well established. People who suffer from addiction to alcohol and other drugs are much more likely to commit suicide than those who do not suffer from addiction. This risk increases with age if the person does not receive treatment. Suicide in people addicted to alcohol more often occurs in the late stages, after the disease has taken its toll for many years. The risk of suicide is greatest after marriages have fallen apart, jobs have been lost, and social isolation has ensued. People lose hope and see no way out of the grip of addiction or the disrupted life it has created for them. Suicide is seen as a last resort for individuals who feel all out of choices. That is one tragic scenario, and in it, the underlying problem we need to treat is the person's addiction.

But there is another, no less tragic scenario. In this scenario, a person who may not be suffering from alcoholism occasionally binge drinks to the point of severe intoxication. When used heavily, alcohol can impair judgment and can lead to impulsive behavior, meaning people may do things without thinking through the consequences of their actions. Alcohol intoxication can also cause dramatic mood swings that we all know can be a part of being drunk: laughing and having a great time one minute, then crying and feeling utterly hopeless and depressed the next. Together, these factors -- impulsivity combined with mood instability -- are a recipe for disaster. Sadly, it's a combo that often can result in suicidal thoughts and, tragically, to suicide itself. How often? A recent study found that nearly a quarter of U.S. suicide victims had blood alcohol levels above the legal limit when they died.

When I worked in a hospital, I frequently saw alcohol-intoxicated, suicidal patients in the emergency room. In the morning, when the patient sobered up, the suicidal thoughts were gone. The patient would explain, "I only said I wanted to kill myself because I was drunk. I don't feel that way now. I can't believe this happened." We would discharge these patients but it always made me feel uneasy because I knew that the next time the patient drank heavily, there was a strong chance the suicidal thoughts would return.

Patients who remain suicidal after sobering up can be admitted for psychiatric treatment -- against their will if needed -- because they are a danger to themselves. It is much more challenging to come up with a plan for patients who are only suicidal while intoxicated. Screening, Brief Intervention, and Referral Treatment (SBIRT) programs in emergency rooms can help reduce risky alcohol use. Unfortunately, this intervention and other efforts to motivate behavior change or link patients to addiction treatment are rarely employed.

Suicide is never an easy thing to talk about, to prevent, or to understand. But recognizing the risk factors is an important step. During this year's observance of Suicide Prevention Month, we should work to draw more attention to the link between suicide and alcohol, in all its facets. We should resolve to ensure that suicide prevention policies and programs include a focus on the dangers of drinking, especially to the point of intoxication, and on getting those who attempt suicide the targeted treatment they need. In so doing, we can ensure that fewer mothers, husbands, friends, and loved ones are left wondering what could have been.