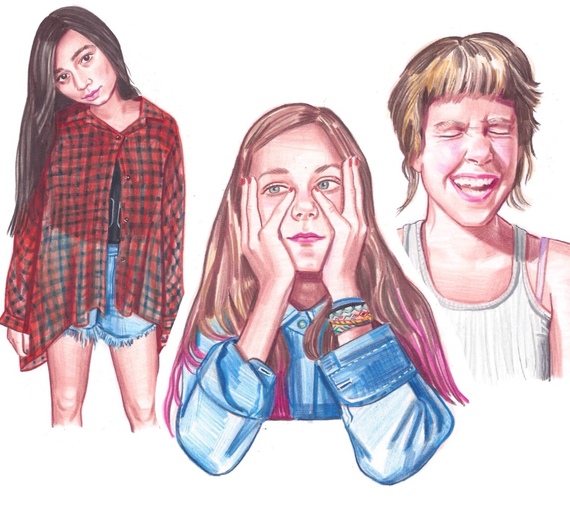 "The most important thing we can do to begin to address issues of self-esteem and body image in girls is to listen to what they have to say about it," says Jenny Williams.

I am fan of Williams' powerful fashion blog and Instagram project called What My Daughter Wore, which beautifully captures through expressive, cool drawings the adventurous fashion choices of her daughter, sons and their friends. What I love about Williams' work is the way she depicts that special moment in a girl's life when self-expression and individuality trump the trends and the impulse to conform.

I reached out to Willams to collaborate with GLAM4GOOD. Williams liked the idea of asking some of the girls she illustrates in her blog to personally address their views on self-esteem and body image. What shocked Williams most about their answers to her questions was that they were eerily similar to those Williams says were her own at that age, "unfortunately the issues have not changed much, if anything, they are exacerbated today by social media and texting."

Both Williams and I are in awe of the girls' (ages 12 to 22) ability to put their feelings into words and intelligently identify the roots of their insecurities and their strengths. "The most vital message for me around this project is that girls are thoughtful and insightful articulators of their experiences and any change (leading to increased self esteem in young women) will only come by first listening to the voices on the ground" says Williams. I asked Williams what she found most inspiring about this project, "the girls self-awareness inspired me more than anything else," she says "because looking at something clearly and identifying it is almost always the first step to overcoming it."

Read, pin and be empowered by the girl's eloquent words and reflections and the striking portraits by Williams below. Check out Jenny Williams' new book, What My Daughter Wore, which captures the inspired, offbeat and whimsical sartorial choices of girls. 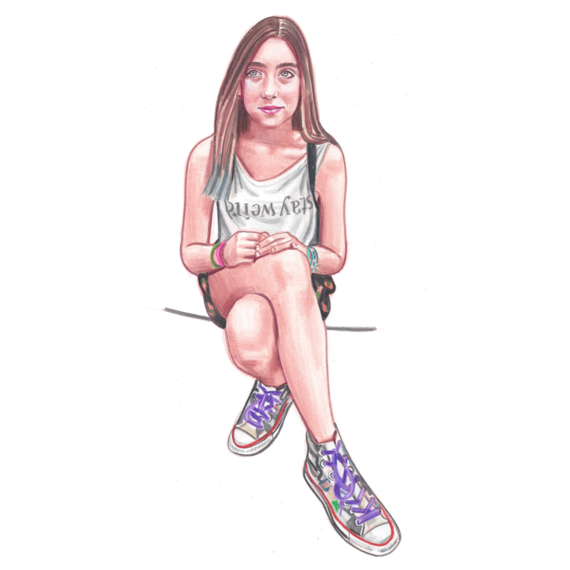 Sometimes it feels like girls have to act and look a certain way because it's what is expected of them, and if you don't act or look this way you will be judged. This pressure can cause insecurity. Even the female characters in my favorite books, who are usually physically strong and able, are often still portrayed as really insecure about the way they look. 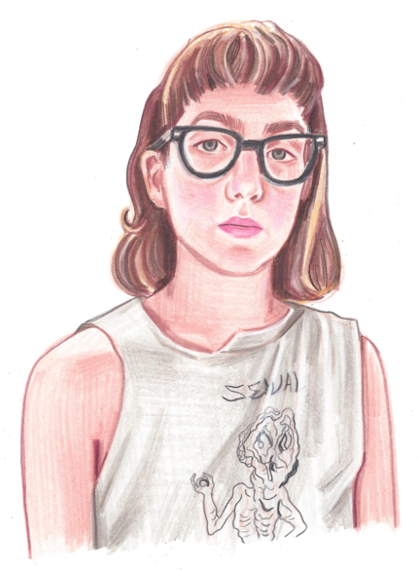 I struggled very much with body image in middle school and high school. I considered myself "fat" or "chubby" compared to almost all of my friends who were very thin. I was told by my friends and doctors that I had an "average" body type, which felt hurtful and made me feel that my body was inadequate, not quite in the spectrum of what it is to be beautiful. It took me until I went to college to realize that the idea that there is an "average" body type and weight seems to be as reductive and harmful as what is portrayed so often by the media as the "perfect model body". The idea of the "average" or "normal" body type is idealized and vague; it translates differently to different people, and torments people into losing or gaining weight to achieve it.

There is no perfect or normal body. Each person has an individual and different body type, different ideas of what they need to feel healthy and strong and content. I certainly wish that that had been instilled in me as a younger girl. 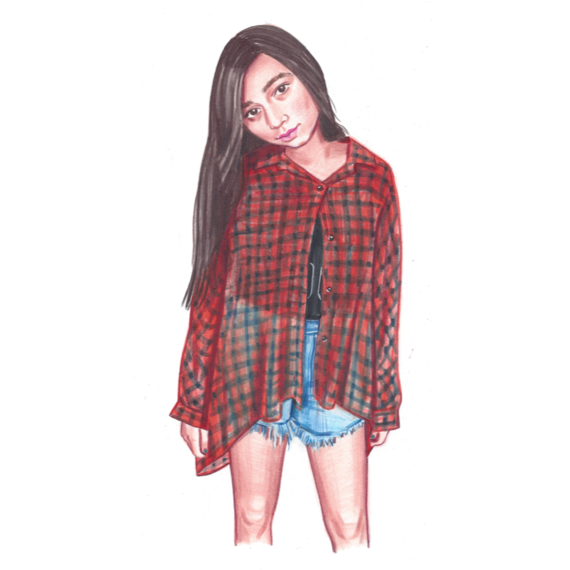 People are manipulated into thinking that there is only one standard of beauty. Even from the youngest age, girls understand that they are expected to be and look a certain way. The media creates images that influence society's expectations, which is what shapes opinions. Females are given the highest expectations in society even though they are given the least respect.

I am affected less by the expectations created by magazines and models and actors than by the opinions of the people around me. When my friends that I thought were prettier than me started pointing out their own "flaws", I started noticing mine. They thought they had big thighs -- well then mine were huge right? They thought they had big tummies -- I looked down and it was nothing compared to what I saw. I started becoming more aware of and worried about my own appearance. All the articles and posts and stuff about "how to feel good about your body" or "feel better about your body" begin with the assumption that women hate the way they look. It becomes self-fulfilling. 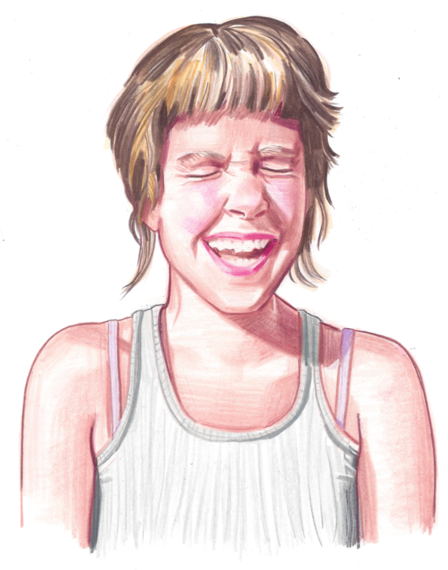 At this point, we are aware that there are certain 'standards' for different genders. We see the media, we read the media, we hear the media, and we know that they have impressed their standards on us. These are the derivations of body image disorders. But when I look at myself in the mirror, I'm not thinking "the reason you see yourself in the mirror and you think 'fat' is because the media has created a set of standards and you don't fit inside", I'm only thinking about the shame and embarrassment I feel knowing that others will have to see me this way too. I am figuring out the best way to hide my weight yet still look presentable. I am choosing to wear something baggier to appear shapeless because any accentuation of my form will give me away. And when does this stop? The media will keep imposing their standards. That won't change for a long time. But I don't think they necessarily need to in order to see a change within myself.

Body image disorders are something so many of us have lived with for so long without letting anyone else see the struggle. This silence and shame are enablers of body image disorders. The more I disregard the shame, the less real it becomes. By breaking this silence, maybe we can encourage others who suffer to relate and realize they are not alone in these feelings and understand the ways in which we all must reclaim ourselves and believe in our power to disavow what we are told or shown. 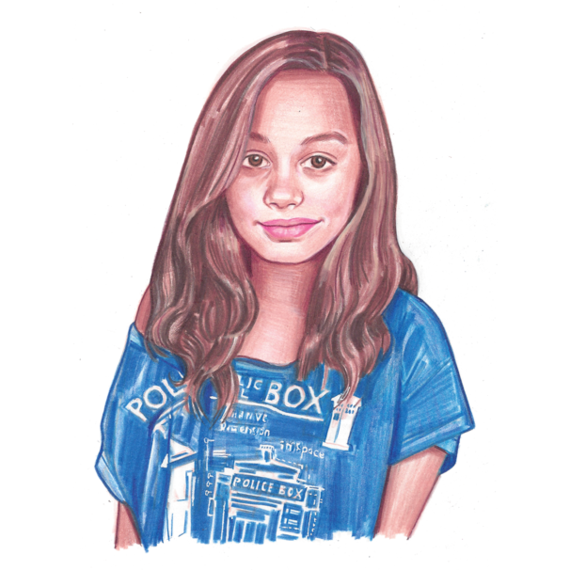 I believe that the media's portrayal of women builds the idea that the only way to be "beautiful" is to be thin, blonde and Caucasian. Personally, as a short, Hispanic brunette, I'm insecure about my body and overall image, because I rarely see women in the media who look like me. Ethnic women are treated like objects on the few occasions that the media portrays them. I would say that the American beauty standard has definitely left me feeling that I will never be good enough. 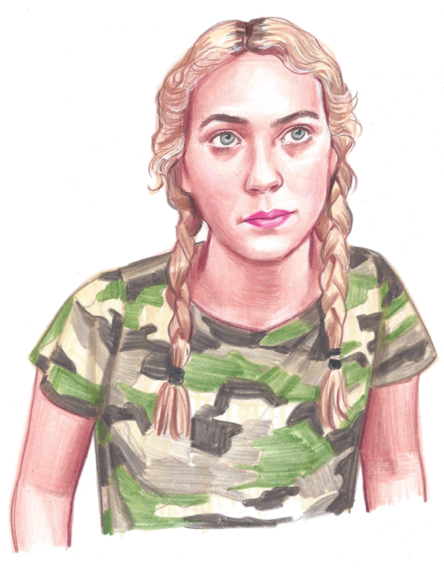 I've noticed that most women I discuss body image with reveal that it has plagued them at some point and in some capacity during their lifetime. Being born into a body-shaming society has made it extremely difficult for me to separate myself from a culture that makes so many of us feel physically inadequate. Personally, I know my struggle will never cease to exist, but I have found ways to cope with it and have taught myself to focus on appreciating the parts of myself that I love. 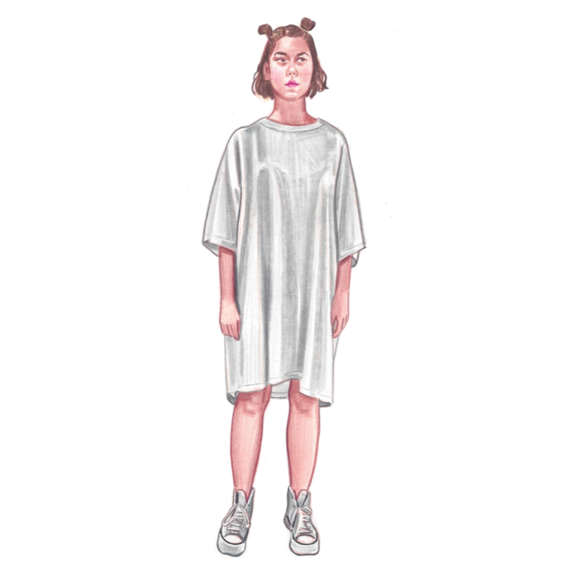 My current favorite representation of women is on the TV show Broad City, because the friendship between the two girls on the show is the main focus, and they don't waste their time worrying about things like their bodies, or being defined in any way by men, or even other women.

I feel like the ways that girls my age are represented in magazines or on television is, in some cases represent the girl that the editors and producers think that real girls would want to look at and strive to be like. Those girls are actually nothing like any of us, so when I watch TV ads or read magazines, I feel that the girl I see is trying to say "you should be just like me," instead of "what makes you unique." 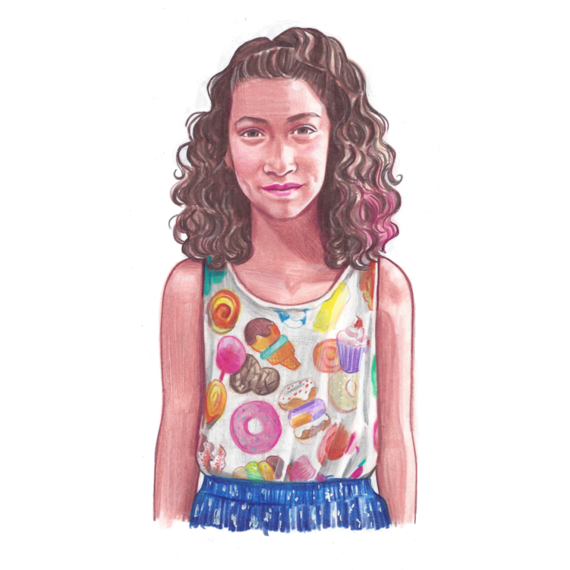 I don't think women in magazines usually represent real women, at least I don't really feel like I see girls there who are like me or my friends. Girls on TV are usually generic, because the people that make the shows think that real girls want to see fictional girls that fit into one mold: A popular girl with trendy clothes. But most girls actually don't want to be like everyone else, actually have their own personalities and style, and would rather see that diversity on TV. We really aren't all alike, and we don't want to be.