Other than the people who, I don't know, get a show up every day, the Tony nominators are pretty much the most important people in theater. But who are they? And when do they recuse themselves?

The process on selecting Tony nominators is not fully transparent. They are chosen by the Tony Awards Administration Committee to serve after review of their CV or other bio. Some, such as lyricist Susan Birkenhead, have served multiple times in the last decade. I've asked former members of the Administration Committee how exactly these folks are selected and I've received slightly different responses throughout the years, but, the moral is, they are deemed worthy to be Tony nominators and so they are. (There is some stuff in the rules about the mix of people who shall make up the Nominating Committee -- they want it to be a balanced group -- but I won't go into all that here.) 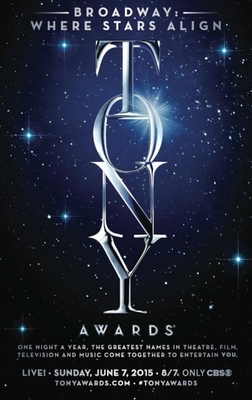 Why do people recuse themselves? Well, a variety of reasons, but usually conflicts of interest or inability to see all eligible productions. Recusals have always happened. However, just last year, the words "recuse" or "recusal" did not appear anywhere in the rules. And the rule was, as it was in the past, that: "No member of the Nominating Committee may abstain in any category..." So, if you had some sort of conflict in any category, you recused yourself. For example, last year Rick Elice reportedly recused himself because his husband Roger Rees was eligible for his performance in The Winslow Boy.

This year the folks at the Tony Administration Committee have decided to define when someone must recuse themselves.

The first related new rule is as follows:

They have also amended the rules so that a nominator can just abstain from one category in a very limited circumstance. (This, in theory, should lead to less complete recusals.) The revised rule reads as follows:

What do these rules do? Well, for instance, Rees is Tony eligible again for The Visit. But Elice has not recused himself. According to a Tony spokesperson, he must only recuse himself from the Best Leading Actor in a Musical category. So he will be able to nominate in the Best Musical category and others related to The Visit.

In yesterday's post, I wrote about my surprise that former Williamstown Artistic Director Jenny Gersten -- who selected three of this season's Broadway shows (The Elephant Man, Living on Love and The Visit) for production at Williamstown -- was still a current member of the nominating committee. I reasoned that she must believe, or some monitor believes, that she neither has "[a]ctive participation in a Tony Award eligible Broadway production" nor is "[e]mployed by or a Board Member of an organization that has a financial interest in a Tony Award-eligible Production." The second criteria is easy -- I don't know her board affiliations, but she's no longer employed by Williamstown (I don't think). The first is a little tricky, as "active participation" is not defined. As head of Williamstown, she was actively involved in grooming the productions. (Though she had already resigned by the summer The Visit and Living on Love premiered, she did still select the pieces and oversee the relevant productions.) However a narrow reading would be that "active participation" means current active participation and "Broadway production" means the actual Broadway mounting, not a prior mounting that may have transferred.

I think many in the Broadway community would argue that nominators know when they should recuse themselves. After all, people recused themselves when there was no written rule telling them exactly when to do so. These are honorable people. There is also a fallback -- nominators can be removed by a joint determination of the General Managers of Tony Awards Productions and the chief operating officers of the League and the Wing. So there is some sort of policing mechanism. Additionally, I think some would argue that, in such a small community, everyone is friends with someone eligible or has worked with someone eligible, so we can't take these things too far. I'm sure at least 60% of the nominators have some easily discernible connection to someone involved in a Tony eligible production. (The ones I pulled out above were most obvious to me, but it is by no means an all-inclusive list.)

Those are valid arguments, and they may even win the day, but, they don't fully respond to the problem. In larger nominating groups, these conflicts are diffuse. But here we're talking about a small group of deciders. If you were the producers of another eligible musical, given the possibly tight fourth-place race, would you truly want either Elice or Gersten nominating a Best Musical? Maybe if you had your own version of them? Maybe never? There are also people who may just be fine with this because they believe there is no way around it. It is an issue though.

Those that have recused themselves this year are: director Mark Brokaw, retired producer Barry Brown, composer/lyricist Adam Guettel, costume designer Ann Hould-Ward, Cheyenne Jackson, John Leguizamo, Marsha Mason, Debra Monk, Mary Louise-Parker, director Susan H. Schulman and director Scott Schwartz. Press agents I have spoken to have noted many of these recusals have come in the last couple of weeks, perhaps owing to the daunting April crush of openings (well-documented by Adam Feldman here) or perhaps something else. No one knows if there are more departures to come.

In addition to Elice and Gersten, those still in the category of "almost most important people on Broadway" for the next week are:

The Tony Awards nominations will be announced on April 28.