The contention by the GOP presidential candidate that the present U.S. Navy's somewhat smaller active ship inventory than in 1917 has a direct and negative impact on the Navy's and our nation's overall combat capabilities has been an issue of intense debate ever since the third and final presidential debate.

This author has been of the opinion that numbers alone do not necessarily reflect a Navy's, a Military Service's or a nation's defense capabilities and that, on the contrary, the United States is the world's unquestioned military leader, not because of sheer number of ships, tanks, aircraft and missiles in its arsenal but because of the advanced technology, versatility and firepower of these weapons systems and because of the skills, dedication and professionalism of its military personnel.

But, with respect to the Navy, what does this retired U.S. Air Force "flyboy" know?

Fortunately, there are experts who can corroborate.

In fact-checking previous Romney claims on the state of our military, Politifact checked with various experts. This is what some of them said:

"Counting the number of ships or aircraft is not a good measurement of defense strength because their capabilities have increased dramatically in recent decades. Romney's comparison 'doesn't pass 'the giggle test,' said William W. Stueck, a historian at the University of Georgia.

Consider what types of naval ships we used in 1916 and 2011. The types of ships active in both years, such as cruisers and destroyers, are outfitted today with far more advanced technology than what was available during World War I. More importantly, the U.S. Navy has 11 aircraft carriers (plus the jets to launch from them), 31 amphibious ships, 14 submarines capable of launching nuclear ballistic missiles and four specialized submarines for launching Cruise missiles -- all categories of vessels that didn't exist in 1916.

Or as John Pike, director of globalsecurity.org, puts it: 'Would anyone care to trade today's Navy or Air Force for either service at any point in the 20th century?'"

James R. Holmes and Toshi Yoshihara, associate professors of strategy at the U.S. Naval War College and co-authors of Red Star over the Pacific: China's Rise and the Challenge to U.S. Maritime Strategy wrote in an excellent and, most of all, objective Global Asia article:

"The idea of comparing navies sounds straightforward, doesn't it? To figure out which nation sports the largest navy, just break out the nearest copy of Jane's Fighting Ships, tally up the number of keels supplied in the handy chart for each nation, and compare figures. The navy with the most ships wins."

In their incisive essay Holmes and Yoshihara argue that "this simple process of bean-counting soon collides with reality," and they illustrate their thesis with cogent analyses and relevant examples focusing on the comparison of the U.S. Navy with the China's People's Liberation Army Navy (PLAN) which, on paper, is double the size of the U.S. Navy. This is something the authors say "is an absurd result, implying that American leaders must avoid a maritime conflict with China at all costs." Going by the numbers, they say, "the PLAN would prevail even over the combined fleets of the U.S.-Japan alliance. Absurd, yet that's the story that raw statistics tell." 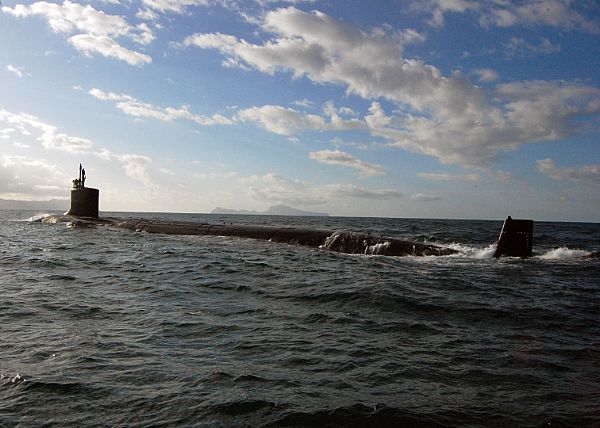 In their thesis the authors discard both the overly optimistic and overly pessimistic claims and theories (Romney's would be categorized among the latter) about relative strengths of Navies. These include former Secretary of Defense Robert Gates who depicts the U.S. Navy as "incomparably larger and stronger than any other," the London-based International Institute of Strategic Studies (IIIS) "purporting to show that the PLAN has overtaken the U.S. Navy in terms of 'major combatants'" and Mark Dodd, a reporter for the Australian, taking Admiral Gary Roughead's -- the former Chief of Naval Operations -- remarks out of context: "Balderdash. The metrics offered by IISS, Gates and Dodd reveal part of the picture. None offers mathematical precision, if indeed such precision is possible. Basing strategy on partial truths begets poor strategy."

The authors emphasize it is not numbers, but strength:

"Numbers and statistics are far from meaningless, but the size of a navy on paper disguises as much as it conveys. A side-by-side comparison of force totals would only be useful if each antagonist built precisely the same aircraft, ships and weaponry for the same missions, if they committed their entire fleets to battle and if this hypothetical battle took place in open seas equidistant from their bases. Such comparisons are abstract and otherworldly. Nations design hardware to provide an advantage in combat, battles seldom take place out of range of shore support and geography shapes the space where fleets battle for mastery. In short, symmetrical navies do not meet in combat."

"In the final analysis, then, the best way to gauge the relative strength of navies is to figure out how much combat power each fleet can apply in particular contingencies, taking into account not only hardware and personnel but also the geographic surroundings, the intensity of political commitment among the government and populace on each side, and the likely sympathies and actions of bystanders and prospective allies for each belligerent. This more subjective approach will disappoint those of a quantitative bent. Real-world conflict -- a collision of living forces intent on getting their way -- usually does."

So, let us stop counting horses, bayonets and aircraft carriers and start focusing on actual capabilities.