Three years ago this spring, I was attacked by a livery cabdriver in Williamsburg, Brooklyn. He was driving me home and after some number of blocks he pulled over, climbed into the back seat, and got on top of me. I hit and screamed, and in a gesture that didn't seem entirely my own, threw my hands above my head, found the car door handle, and used it to open the door and pull myself out.

I walked away, calling the NYPD. The driver would try and coax me back into the car before driving off. Two NYPD officers arrived and asked me some questions. After 10 minutes more of driving around looking for the guy, they told me they were going to put me in a cab home.

Fuck that and fuck this.

I met with a detective later that week. On his desk was a coffee mug that featured the image of a gun and the words "Bitch Get My Coffee". It remained within my peripheral vision as I browsed photos of potential suspects on his computer.

Three years later, I'm the front woman and drummer of a rock band that I started with a guy I met on Craigslist who turned out to be the love of my life. I'm a brilliant, gifted, black girl who makes magic happen. This past December when my boyfriend/ our guitarist Mike was told to remove the words "black lives matter" from his guitar amp by a D.C. venue, I was in a position to say something about it and I did so on stage. I was in a position to refuse to allow my humanity to be subject to controversy and I faced it with tears in my eye and words clawing up my throat. Ultimately, the venue apologized. 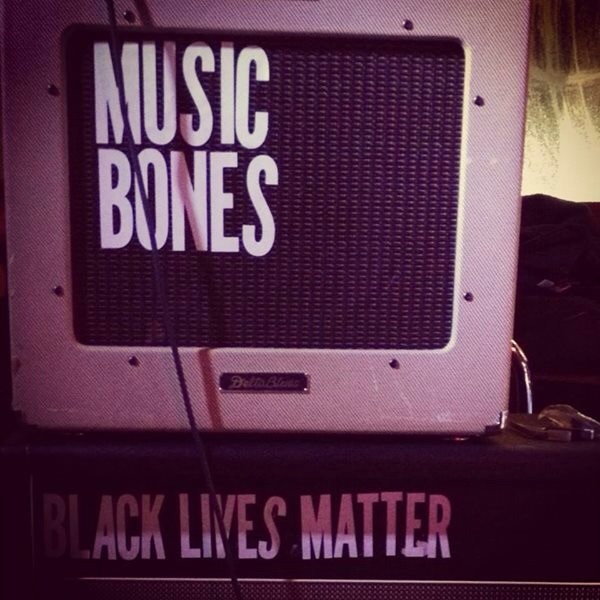 It was terrifying but I did it because I'm tired of this shit. I'm tired of swallowing what I think for fear of making people feel uncomfortable or inconvenienced or judged. Yet while I'm mustering the bravery to proudly and persistently proclaim that black lives matter, a band of white guys from Portland are running around calling themselves "Black Pussy" with no consideration for how that registers in the mind of a black girl who has actually been reduced to that by a stranger.

In that cab, I wasn't a human or a person capable of my own spectrum of feelings and wants and emotions. Put simply, I was objectified. There are no words to account for what that feels like. And so when I try and find the words to explain why the band's name is offensive I struggle. I'm at a loss to explain a band enlisting a name so callous, so devoid of historical context, so irresponsible with our lives to represent their art. I struggle with understanding how a band with the name "Black Pussy" has no problem booking a national tour while our band's attempt to feature the words "black lives matter" on a guitar amp was too hot for D.C. I struggle with even dignifying the name with a response but here's the thing -- I know that there are people petitioning and protesting and feeling awful and unseen. I want you to know that we see you. We love you. We're creating music for you. My heart knows we're one band of many and while the stories you hear are of bands like this, the very bands you dream of exist and are dreaming of you, too.

I think saying offensive things for the sake of a reaction is lazy and stupid. Words matter and intentions aren't enough. The band's name is inherently violent because it evokes and desensitizes the stories, circumstances and actions of people that view us as less than human. You can't do that casually and shrug it off as part of the "positivity and love" that you're all about.

I'm not suggesting that the band change their name or be anything other than who they are. If it turns out that who they are is a band that's okay with casually objectifying girls like me, then so be it. They wouldn't be the first but so we're clear, that's who they are and they can't use "love" to shield themselves from responsibility.

In the end, "Black Pussy" is no better than the coffee mug at the police department -- taunting me of the very conditions that make my existence as a whole and sane human feel like an impossible task.

Fuck that and fuck this.

You can click here to sign the petition boycotting the band and the venues who host them.

A version of this post originally appeared on MusicBones.tumblr.com.

Vocalist and drummer of Music Bones