I got an email from my husband’s nephrologist the other day that said: “I honestly do not think he will recover.” Before you gasp in horror and go to your dark place, just know that he and I have made our peace with this information. Kidney dialysis is a game-changer, not a game-ender.

No, it actually wasn’t that particular sentence at all that made my heart sink. The Titanic that overcame me was when his doctor referred him to a vascular surgeon who is not within our insurance company’s network.

The horrifying reality of my husband’s month-long hospitalization early this summer is that many of the doctors who paraded through his room and stayed for all of about 90 seconds were also out-of-network. And I have the bills to prove it.

“Well gee, she probably has a cheap-o plan or should be blaming Obamacare,” you may be thinking. You’d be wrong. I work for a large company and we are covered by my large company’s group plan. We bought the best ― and most expensive ― plan offered, one that allowed us to go see any out-of-network doctor if we really wanted to. But somehow, during a hospitalization, the “if we really wanted to” part leaves your control.

And therein lies the problem.

When you are lying in a hospital bed ― or have been taken by ambulance to the emergency room ― you don’t stop and ask the person treating you if he accepts your insurance. For the uninitiated, staying within network means you will be seen by providers who have contractually agreed to accept what your insurance will pay them (after copays and deductibles are met) and not bill you ― the patient ― for a nickel more. Going out-of-network means the provider has no such agreement to accept your insurance as payment in full and expects you to pay him what he believes he is owed. Trust me, it’s a whole lot more than a nickel.

Staying in-network is fairly simple when you are choosing a doctor for the first time as a new patient; you’re in a position to look up your insurance carrier’s list of in-network providers and pick accordingly. Even then, it behooves you to call the provider and ask if they are still in-network because frankly, these contracts have a way of evaporating overnight.

But hospitals and emergency rooms don’t afford a patient that luxury of time. You are there because there’s something seriously wrong with you and you primarily feel like kissing the feet of whoever fixes it. You have absolutely no say as to which hospitalist will manage your case, no choice about which labs will process your blood work, no control over which radiologist is on duty and will be the one who gives your X-rays a look-see. In fact, you likely won’t even know who any of those people are ― let alone which insurance they take ― until their bills arrive in the mail.

To me, this is the definition of insanity. I have spent much of the past month calling doctors I have never heard of and asking them “when exactly did I hire you?” And that’s the point. I never did.

And I’m not alone. New York University researcher Dr. Kelly Kyanko found that 40 percent of people who use out-of-network care do so involuntarily. They simply didn’t know and no one bothered to tell them. It happens every day in the most benign ways: Your in-network physician sends your blood test to a lab of his choosing. Turns out that lab is out-of-network on your plan. Wham! That lab bill is on you.

What I don’t understand is, how is this any different from the fruit-of-the-poisonous tree idea that is used frequently as a legal metaphor. If the source (the “tree”) of the evidence is tainted, then anything gained (the “fruit”) from it is tainted as well. Shouldn’t it be the same in health care? If your hospital is in-network, why isn’t everything that occurs there also in-network? Patients should not be held financially responsible for out-of-network emergency room care or care delivered at an in-network hospital by a doctor who isn’t in-network.

Jack Hoadley, a researcher at Georgetown University’s Health Policy Institute, told The Huffington Post, that yep, it does seem counterintuitive that a doctor and the hospital he sees you in don’t always take the same insurance. But that’s the reality of health care in the U.S., he notes.

About a dozen states have established some protections, he said, mostly for emergency-room situations. New York has the strongest, most comprehensive set of rules to date, according to Hoadley and other consumer advocates.

“But a majority of states have not taken any action to protect consumers in these situations,” Hoadley said. Plus, there’s more trouble waiting around the corner, he predicts. “As we see more narrow networks in our insurance products, it seems likely that more people will be seeing unexpected bills from out-of-network providers.”

In the meantime, the horror stories continue. Take this one reported on by Consumers Union: A Santa Cruz, CA., woman about to deliver a baby checked in to her local in-network hospital and used her in-network gynecologist and the approved in-network neonatologist. She hadn’t been planning on getting an epidural, but ended up needing one. She learned later that the anesthesiologist who gave her her epidural worked at the hospital, but was out-of-network. He billed her $3,000. Even worse, she eventually learned that there were zero in-network anesthesiologists at that hospital.

That’s right: Zero. I have this sickening feeling that that’s our future.

Infographic: How to Protect Patients from Unexpected Medical Bills by RWJF on RWJF.org

This Is The Scariest Thing About Health Care In America Today
5 of the Most Googled Health Questions, Answered 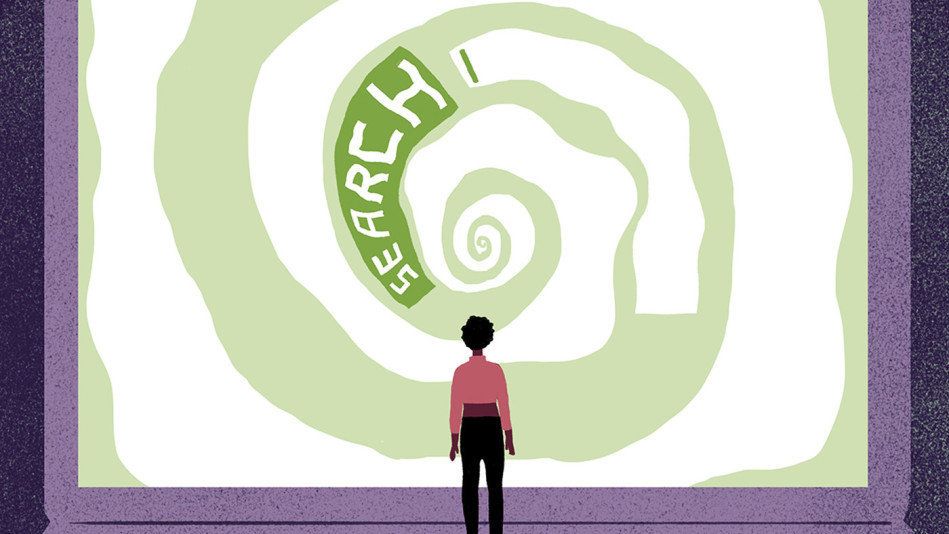