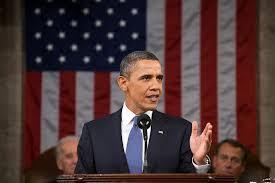 President Obama is surely one of the best presidents America has ever had. Setting aside the historical "first" of his election, the inspirational quality of his leadership, and the notable lack of scandals in his administration, its list of concrete accomplishments is staggering: an economy steered clear of depression; the rescue of the US automobile industry; the passage of the Lily Ledbetter Fair Pay and the Dodd-Frank Wall Street Reform and Consumer Protection acts, Obamacare, the Paris Agreement on Climate Change and the Iran Nuclear Accord; the withdrawal from Iraq; the killing of Osama Bin Laden; and the normalization of relations with Cuba, to name just a few--all of them achieved in the face of concerted Republican resistance. As his second term nears its end, Obama's approval ratings have crawled back towards the sky-high territory that they occupied before his inauguration. But Donald Trump's election threatens to reverse most of those accomplishments and erase his entire legacy.

In the months before the election, Obama didn't hesitate to say what he thought of Trump as a candidate. Trump's divisive rhetoric about Islam, he said, was "ultimately helping do ISIL's work." Trump "appears to only care about himself" and "doesn't do his homework, doesn't know the basic facts you'd need to know" to be president. His populism is a scam. "This guy spent 70 years on this earth showing no regard for working people," Obama said, "And then suddenly, he's going to be the champion of working people?" He lacks the wisdom and self-control to be the commander-in-chief. "If somebody can't handle a Twitter account," Obama quipped, "they can't handle the nuclear codes."

Obama needs to be just as frank now that Trump has been elected--and especially as his votes are recounted in Wisconsin and other states. He must take a public stand and let the nation know that Trump is unfit to assume the office of the presidency. Not just because of his racism, sexism, and xenophobia, but for the long list of blatant conflicts of interests that have already marred the transition. The New York Times enumerated just a few of them on Saturday. He has urged foreign diplomats to patronize his Washington hotel. He has an active partnership with Jose E.B. Antonio, Philippine president Rodrigo Duterte's Special Envoy to the United States. He has numerous real estate ventures in India, whose partner companies are connected to India's ruling party. His golf courses in Scotland and Ireland are facing legal challenges, as is the Trump Towers Istanbul in Turkey. His daughter Ivanka has already sat in on meetings with Turkey's, Argentina's, and Japan's heads of state.

The United States is supposed to rise above and set an example for the rest of the world, standing as a beacon of freedom and independence. President Obama, in your final days, the world needs your voice more than ever. If not for the sake of your own legacy, then for the sake of children who learn from their leaders, you must speak up. It's time you urge the electoral college to exercise their rights. The Trump administration hasn't won yet. It's clear who won the popular vote. The nation voted for their president, Hillary Clinton won by more than 2 million votes. We can't "thrust a dangerous candidate into office who appears inclined to govern more like a monarch than a president," wrote The Washington Post. The nation's president is supposed to lead innovation and growth, not use the office for personal gain. Our state legislatures need to think long and hard before they cast their final votes in January.