On Jan. 11. 1964, Luther Terry made the following declaration: "There is a very strong relationship, and probably a causal relationship, between heart disease and cigarette smoking."

That, my friends, was the first U.S. Surgeon General warning against cigarettes.

Over the last 50 years, many more battles have been won against the tobacco industry. Alas, cigarette addiction remains so prevalent that "stop smoking" is among the seven steps to a heart-healthy life created by the American Heart Association. It's a testament to the power of nicotine addiction.

To continue the discussion of how far we've come since Dr. Terry's monumental announcement, I'm turning this space to Robin Koval, the president and chief executive officer of Legacy, the nation's largest public health foundation devoted to the issue of tobacco use prevention and cessation. Legacy, it's worth noting, was created as part of another landmark victory in the anti-tobacco fight, the 1998 Master Settlement Agreement between the major tobacco companies, 46 U.S. states, the District of Columbia and five U.S. territories. I proudly serve on Legacy's board of directors. 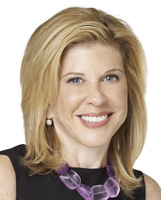 As we observe the 50th anniversary of the 1964 U.S. Surgeon General's Report on Smoking and Health, we have much to celebrate. In 1964, nearly 70 million people smoked. Today, about 43 million do. We know what works to drive rates down -- comprehensive programs that include prevention and cessation initiatives, bold anti-tobacco public education campaigns, tobacco excise taxes and clean indoor air initiatives. What we need now to eliminate the tobacco epidemic once and for all is the will.

But of course, as critical as it is, will is often in short supply. Sixty-nine percent of our nation's 43 million smokers -- 30 million people -- want to quit. While many make quitting a New Year's resolution, research shows that by the eighth day -- this Wednesday if you tried to quit on Jan. 1 -- you are likely to have relapsed. Before you pick up another cigarette, know that you have about 30 million people who are with you -- right now -- wanting just as you badly as you do to beat one of the toughest addictions on earth. That's quite a social support group to help you dramatically increase your chances of quitting and staying quit.

So as we observe this historic anniversary, let's keep in mind that tobacco remains the No. 1 preventable cause of death in our country, impacting millions of families, hurting our communities and robbing our bottom line by costing the nation millions in health care costs and lost productivity. It's the Mount Everest of public health missions. But the good news that it's not only possible but probable that we can get to the top of this mountain if we keep our eyes on this life-saving prize. The latest annual barometer of youth smoking prevalence has found that across 8th, 10th and 12th graders, smoking has declined to just below 10 percent. We may be at a tipping point now, and like climbing Everest, this major public health victory is well within our grasp.

Imagine with me what our world might look like once we round that corner. Over time, 443,000 people each year could live instead of die from tobacco-related disease. That's more than half the population of San Francisco.

In this new world, we'll be on our way to reducing the nearly $97 billion loss in annual productivity costs due to smoking. We'd eventually save $193 billion in annual smoking-attributable costs. Tobacco product manufacturing facilities would no longer release the estimated 902,000 pounds of toxic chemicals that are currently released every year. And most-littered item in the U.S. -- cigarette butts -- would slowly disappear, saving our communities from costly clean-ups and the risk of toxins leaching into the soil and water would no longer threaten our wildlife.

Our children and pets would be free of exposure to deadly secondhand smoke, and eventually, the incidence of our No. 1 cancer killer -- lung cancer -- would plummet and it would once again become the rare disease it was before the modern cigarette era.

Our lives would be longer, our air cleaner, our bodies healthier. Our economy and public health would benefit dramatically. Let's resolve today to make this happen. To work toward Generation Free, the first smoke-free population in history. We don't have to wait another 50 years -- because where there's will, there's always a way.

Robin Koval is President and Chief Executive Officer of Legacy