Next time you're vacationing down at western Mexico's beach resort at Los Cabos consider a visit to the nearby town of Todos Santos. Besides offering the charm of one of one of the 110 or so pueblos magicos (magic cities) around the country, the little village is fast becoming known as a haven for foreign artists, mostly North Americans, who've moved there with their easels, pottery wheels and looms in recent years. 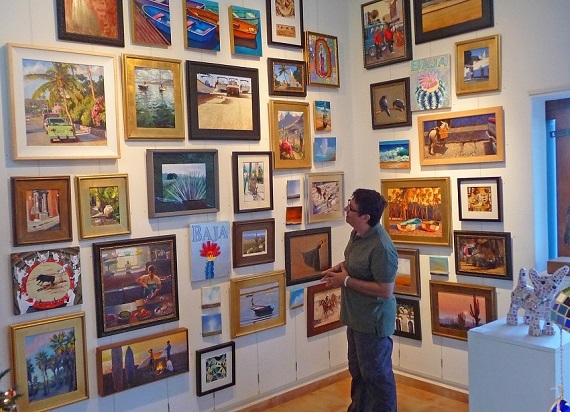 It's also got a fascinating history, in part thanks to the Jesuit missionaries who began bringing Christianity to the lower Baja Peninsula in the early years of the 18th century. By 1721, the padres were saving souls at a dozen missions around the area including a big one at La Paz on the Sea of Cortes.

They built the next one three years later at Todos Santos (All Saints), a sort of mini-Eden on the Pacific side of the peninsula. The mission of the new mission -- the Jesuits named it Santa Rosa de las Palmas -- was to supply the one at La Paz.

What the larger mission mainly needed was fresh water. And Todos Santos had plenty of it, having been blessed with two natural springs gushing crystal-clear water from the nearby mountains. La Paz was also short on things to eat, like fruits and vegetables, and on treats such as wine and sugar. Thanks to the two springs, Todos Santos had irrigated farms that could supply all that, too.

Other foreigners soon took notice of the oasis at Todos Santos. For instance, sugar merchants became familiar figures at the mission. Business was booming.

But things weren't going so well at some of the other missions. For instance, after centuries of worshiping lots of gods, not all of the natives were eagerly latching on to the concept of a single deity. So the padres metered out punishment to help them see the light, which in turn prompted rebellions, mission burnings and even disappearing padres.

Todos Santos lost one of its best customers when -- sparked in part by a Jesuit edict banning the local Indians' traditional practice of polygamy -- the natives of La Paz booted out the bringers of Christianity.

Still, the springs of Todos Santos kept gushing, and its farms kept producing. Especially sugar cane. Even when more rebellions drove the padres to shift their soul-saving to the northern part of the Baja, the demand for Todos Santos' sugar grew and grew.

The good old days lasted until 1950, when -- in the midst of dropping prices for sugar after World War II -- the largest of the two springs dried up. The mills began closing, and by 1955 the city was out of the sugar business.

A few decades later, when big resorts started popping up around Mexico, including one at a speck of a town called Cabo San Lucas at the tip of the Baja 50 miles south, the unspoiled charm of Todos Santos began luring the likes of artists, sculptors, painters and poets there.

As if to welcome the newcomers, the large freshwater spring came back to life in 1981.

What's the town like today? Think of a sleepy Mexican farming and fishing village with perhaps 8,000 local folks. But look closer, and you'll spot a number of things that tell you this is no ordinary village. First, rubbing elbows with the locals are 1,000 transplanted foreigners, mainly from north of the border, many of whom can be seen writing, painting, weaving, making jewelry and spinning pottery wheels. Second, the town's cobbled lanes are dotted with modest (but not inexpensive) galleries selling all this. 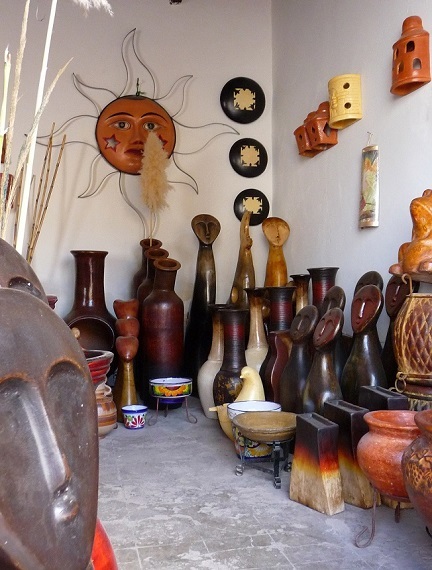 And who's buying those treasures? Tourists, mostly hopping off buses from what's now the mega-resort of Los Cabos (expanded from Cabo San Lucas).

Look even closer, and you'll notice several very un-little-village-like gourmet restaurants around town along with a dozen or so boutique inns and hotels, all told with around 400 rooms. One is the Hotel California, said to be the hotel in the Eagles' 1976 hit song, "Hotel California" (although lead singer Don Henley reportedly denied it). 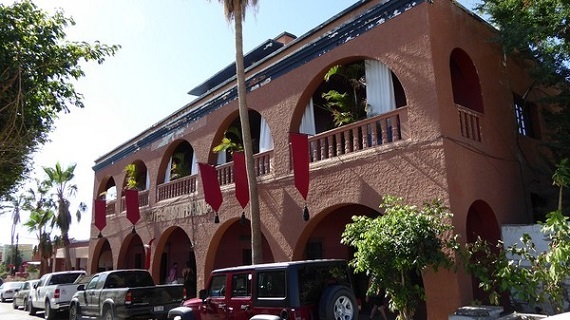 All in all, most people who get a chance to sample Todos Santos' old-world charm and its new-world paintings and carvings agree, it's still a sweet little town.