The first quarter of the year is at an end, and we've already been offended, shocked, impressed and overwhelmed by business's activity on social media.

Although the fails could fill pages, I'd like to focus on a few social media campaigns that have performed well this year by getting users' attention and -- most importantly -- evoking action and emotion.

In launching a new eating plan called SimpleStart, they've created a new way for members to connect. Weight Watchers has let their fans talk, which is just the way they want it.

The biggest thing Weight Watchers did right is to let members talk about how great the plan is. The company did a great job of informing members about the changes, offering webcasts and video chatting about the plan with celebrity promoters -- all without overhyping it.

They showcased members' creative meals with tasty food pictures and highlighted their positive thoughts and accomplishments.

By making the campaign about #SimpleStart, Weight Watchers gave members the tools to share their weight loss success, which effectively markets the system on behalf of the brand.

In the last few months, President Obama and his social media team have made impressive strides in getting the word out about the upcoming insurance coverage deadline (March 31). After the website flop, citizens seemed widely unimpressed with the insurance coverage efforts.

Then, the #GetCovered messaging emerged, and things started to turn around.

The campaign was focused on getting in front of millennials -- a demographic likely to shirk buying insurance -- and to do it in a way that was palatable and non-traditional (like on Between Two Ferns with Zach Galifianakis).

In a huge effort to get fans to participate for mega prizes (the chance to attend the SuperBowl and work on the latest Avengers movie with Marvel), Doritos harnessed the power of user-generated content. 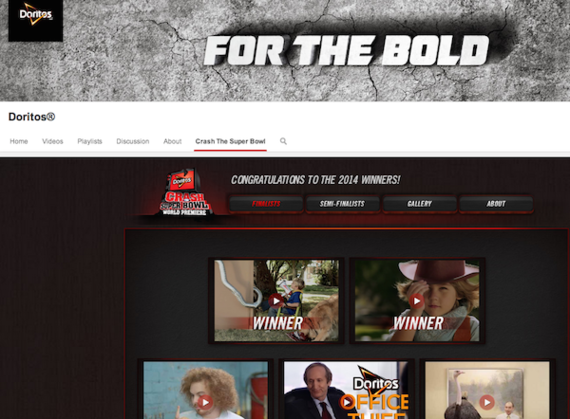 They asked fans to create their own ad, which would air on live TV during the SuperBowl. This campaign was genius because it engaged fans on multiple social media fronts (YouTube, Twitter) and encouraged voting and sharing the videos, all while using the Doritos hashtag.

Social sharing is what carried this campaign successfully through to the finish.

Although the rest of these examples are clear wins, this Oscars campaign for Samsung -- although very entertaining and record-breaking -- had a few flaws.

By now, everyone's heard or seen the tweet sent round the world:

Part of what made this tweet so successful was:

The last bullet point is the tricky part. The tweet didn't feel promotional because it didn't mention anything about Samsung or the phone used to capture the image (although viewers saw what phone was being used).

Even though Samsung was behind the effort, Ellen Degeneres, the celebrities pictured and the Oscars venue will be remembered for the accomplishment, not the brand who spent millions of ad dollars behind the scenes.

What 2014 social media campaigns have stuck with you so far this year?