Olivia Wilde spent all of her upcoming blockbuster movie 'Tron' wearing an ultra tight black bodysuit -- and so, she had to get the body to make it look good.

Wilde covers this month's Women's Health Magazine, and among other things, talks about how she got her body in seemingly perfect shape for the anticipated sci-fi sequel.

DId it pay off? 'Tron' opens on Friday in IMAX and 3D, so viewers will have plenty of opportunity to judge.

The star also talked about her unconventional marriage -- she eloped with Italian filmmaker (and son of Prince Dada Ruspoli) Tao Ruspoli after only six months of courting. Even more unconventionally, they married on a school bus in Virginia.

So far, six years later, it's worked out.

"You're not thinking, 'We must be perfect!'" she professes. "It was, 'Hey, isn't this an optimistic thing to do? And if it lasts, we're lucky.'"

In fact, Ruspoli doesn't even mind when she's got love scenes with other actors -- as long as it's only on set.

"I think he likes it...It's a turn-on that I get to do these things. The confidence that comes along with doing well only makes you more desirable."

For more of Wilde's interview, click over to Women's Health Mag. 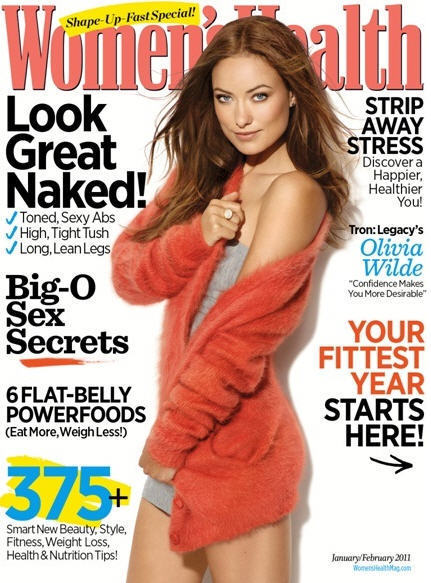