A full moon rose (with a lunar eclipse promised later) and light beamed off Biscayne Bay in sparkling waves. Traffic was jacked as Kanye West played the arena a few blocks away from the Donald Trump rally. Two huge narcissists in the most narcissistic city during a full moon. What could go wrong? Short answer: nothing.

There were no riots, fights, major interruptions or protests. There were no arrests. The vibe was surprisingly nice. At the Trump rally, there were 1000's of people, all ages, ethnicity's, sexual preferences. People were cordial, maybe a little angry, but definitely nice. Definitely enthusiastic and motivated. I saw it with my own eyes.

Inside, Trump made news for his 2nd Amendment comment about Hillary's secret service men being disarmed. He catered to Cuban hardliners and played ethnic politics. He keyed up Hillary's deplorable comments with a reference to Les Miserables

And then poof just like that he was gone.

This was a day Trump started in New York cloaked in birther controversy before trotting to D.C. to play the media an infomercial at his new hotel before admitting in a one sentence statement that Obama was born in the U.S. Then he made a quick fund-raising stop in D.C. somehow made it to Little Haiti, Miami by 4pm for a sit-down with local Haitian leaders and then took the stage at 6pm sharp for a rally.

Nothing in Miami starts on time.

This man is moving so fast nothing sticks to him except wafting enthusiasm and a disdain for Hillary. If he accomplished this in Miami, not Jacksonville or Daytona or Tallahassee, but in Miami, let it be clear: Donald Trump can definitely win Florida.

And consequently the presidency.

This is for real. Meditate on this.

After eight years of George Bush, there existed an anger that allowed the nation to elect our first African-American president. Now eight years later, a similar anger exists on the other side. It just might lead to our first entertainer-in-chief.

His supporters were saying the same thing. "We are not a monarchy. No more Clinton's, Bush's or Kennedy's." They want an outsider. They see Trump as a negotiator. They understand Trump would not be king and would have to work with Congress. They were not racists. They wore the deplorable comment like a badge of honor. There is indeed a silent majority. Why share your support of Trump on social media if your "liberal" friends on social media are going to ironically bully you.

This whole thing is a cluster-fuck.

What do we do with this??

It's sexist. It's wrong. It's funny. It's all over the place. 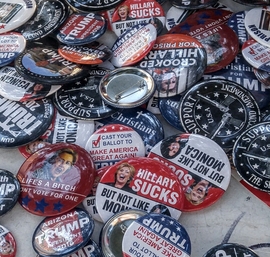 They were there and not paid to be there. 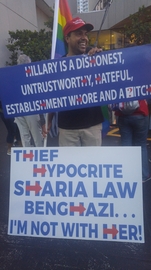 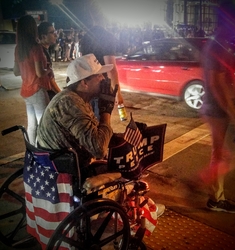 Like a zika mosquito I shadowed supporters around thinking they were paid by Trump. They're not. This is the way it is in Miami, a supposedly liberal city.

This is no endorsement for Trump.

If anything, if you support Trump (at least in Florida) you should feel good right now. If you support Hillary, you better activate yourself and everyone you know.

It's time to take this shit very seriously.

Because the writing is on the wall.

Don't be so naive not to see it.

Look at Brexit in England. Look at Boris Johnson. He literally looks like Trump. 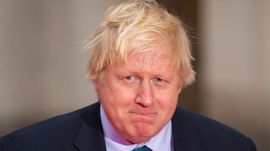 It doesn't matter if the day after England voted to annex itself from the European Union that the most Googled phrase was "What is Brexit?" Doesn't matter.

Look at Bernie Sanders. He won 22 states and millions of voters. He drew thousands and thousands to rallies for over a year. Look at him in Ohio now.

Only 150 people showed up to see Bernie Sanders at a Hillary Clinton rally in Ohio.

The revolution is over. pic.twitter.com/vkbEhGczZk

Bernie always said it wasn't about him and he was right.

It's about electing an outsider and who is that in this election?

This is simply the truth.

Look at Millennials. They are not activated or enthusiastic.

There is no energy for Hillary, at least down here in Miami.

There is no buzz. Millennials don't vote. In the 2014 midterms, with marijuana on the Florida ballot, less than fifteen percent of millennials voted.

This campaign is what it is.

It's a cult of personality versus the issues.

Whoever wins that battle wins the election and it's clear what's trending now.

Hillary's best hope are her surrogates. And it's crunch-time.

The debates and October surprises are the only hurdles remaining.

This is utterly insane considering this has been a 600 day campaign cycle.

What a shame it's not about the issues.

Live with it or do something about it.