This is the second interview in a new Impact series, #SocialGoodStars. The people highlighted here are passionate, dedicated philanthropists, strengths to their communities, and social media masters. They also happily share their vast knowledge with others, making them shine as leaders in the Social Good world. You can read the first interview with Beth Kanter here.

"Too often we underestimate the power of a smile, a kind word, a listening ear, an honest compliment, or the smallest act of caring, all of which have the potential to turn a life around." ~Leo Buscaglia

The magic of Twitter lies in just that -- the ability to connect with like-minded people in big and small ways, all over the world. And someone who knows all about that is Twitter's own Claire Diaz Ortiz, who leads social innovation, philanthropy, and causes at Twitter since 2009. She is the author of Twitter for Good: Change the World, One Tweet at a Time, and is a frequent international speaker known for developing the TWEET model -- a framework to help organizations and individuals best excel on Twitter. Claire holds an MBA from Oxford University, where she was a Skoll Foundation Scholar for Social Entrepreneurship. She is also the co-founder of Hope Runs, a non-profit organization operating in AIDS orphanages in East Africa. 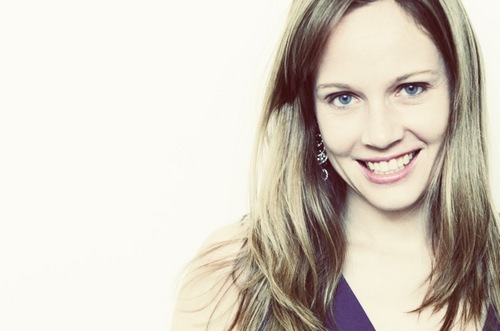 Since being panelists together at Dell's Social Innovation Conference earlier this year, I have had the honor of speaking with Claire many times about social good and how Twitter has facilitated connections, awareness, action, fundraising, and the real-time flow of information globally. Here are a few key points of interest for anyone wondering how to get even more out of Twitter and social media for social good.

What do you consider most important for organizations who want to use Twitter for Good effectively?

First, developing a strategy is the answer to 'What am I doing on Twitter?' I created the 5-Step framework called T.W.E.E.T. to help with that and for using Twitter: Target, Write, Engage, Explore, Track. It works because it's simple.

What are a few examples of nonprofits really leveraging the relationships from Twitter to impact awareness and fundraising or other key goals?

Pepsi Refresh showed what it means to pique the interest of the Twitter audience, and draw them to a site to learn more and take action. Pepsi took $20 million, and later included another $1.3 million for the Gulf, and used Twitter to help local causes be broadcast across the nation and beyond to win grants to help their communities by voting.

Mark Horvath, well-known as @hardlynormal on Twitter and founder of InvisiblePeople.tv, is another brilliant example. He travels the U.S. and Canada interviewing our homeless friends on video and gives them a voice, a voice everyone can now hear because of the reach of Twitter.

Twitter does numerous internal philanthropy projects, including your pro-bono Tweets for Good program and numerous resources. Can you talk about those?

Within our advertising platform, we offer pro-bono programs for non-profits already engaged on Twitter. Promoted Tweets are a tool advertisers use to promote specific campaigns via Tweets on Twitter. The Promoted Tweets for Good programs is an application-based pro-bono program serving a number of non-profit organizations each year. We offer a second type of Promoted Tweets for Good ad hoc to organizations involved in disaster relief in times of crisis or civil unrest.
Another useful resource is Hope 140, Twitter's hub for being a "Force for Good." It highlights ways to use Twitter for Good, along with several causes and helpful case studies. We're always looking for more case studies to share creative ways nonprofits have used Twitter.

What do you see as helpful concepts that apply not only to Twitter but also to social media in general?

As Biz Stone says, "People are basically good... When you give them a simple tool that helps them exhibit that behavior, they will prove it to you every day." Make it easy for supporters to learn, share, help, and grow. Start connecting and creating individual relationships. Make sure that when you first hop on and seek support, make it about real relationships, and not immediately about fundraising. Most people in the world don't like to be asked for money immediately (on social media or elsewhere). Are there new people you'd like to connect with? Reach out! Are supporters already on a platform? Deepen those relationships. It's also important to some extent to let your guard down. Open a window into your organization with a unique perspective. Social media is wide open for any cause to participate and draw strength from supporters.

"Be a Force for Good."
~ Twitter's operating principle

For more details on using Twitter for Good, here is a short video of highlights from her book, and more tips and ideas at Hope140.org.

Amy Neumann is a writer, speaker and consultant on social good marketing. Check out her CharityIdeasBlog and follow her on Twitter @CharityIdeas.