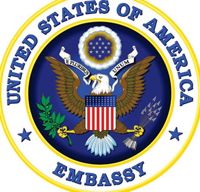 In a press release issued late last night, the US Embassy in Haiti cast serious doubt on the preliminary results of ballot counts in the November 28 National Election-- an election already fraught with accusations of ballot tampering, fraud, intimidation and outright theft.

Like others, the Government of the United States is concerned by the Provisional Electoral Council's [CEP] announcement of preliminary results from the November 28 national elections that are inconsistent with the published results of the National Election Observation Council (CNO), which had more than 5,500 observers and observed the vote count in 1,600 voting centers nationwide, election-day observations by official U.S. observers accredited by the CEP, and vote counts observed around the country by numerous domestic and international observers.

The impetus for this unprecedented statement is obvious.

Polling and leaked results had indicated a surprise in which the Preval government's choice, Jude Celestin, had been reduced to third place behind a grandmother and a popular, flamboyant musician. All polling had indicated that 70-year-old Mirlande H. Manigat, a former parliamentarian, Sorbonne graduate and the wife of a past president, along with businessman and musician Michel "Sweet Mickey" Martelly (49) had surged in a crowded field. This was a spectacular overturn of a campaign that, according to observers, had used every trick in the book to ensure that Celestin won the election.

The popularity of Manigat and Martelly was supported in preliminary estimates by the National Election Council (CNO), a watchdog group financed by the European Union. Polling of voters showed former first lady Manigat had 30 percent of the vote, Martelly 25 percent and Celestin only 20 percent. CNO's unofficial estimate was based on data from 15 percent of polling stations. It was this estimate that prompted a response from the US Embassy.

However, the Provisional Electoral Council (CEP) announced last night that former first lady Manigat won 31% of the vote and Celestin 22%. Martelly polled just over 21% -- about 6,800 votes short of Celestin, less than 1 percent.

You can watch the results here:

The translation can be found here.

Final results have been promised by December 20.

We had the opportunity to speak with Michel Martelly by phone from Haiti on Monday evening. Martelly predicted that the CEP would indeed juggle the numbers to ensure that the government's choice, Celestin, would be in the runoff.

There is a crisis right now in Haiti and everyone is aware of it. Anyone who is following the election knows exactly what is going on, and it is not a number problem. They (CEP) know exactly what has been done; they know the results already. The fact of the matter is the government is trying to modify the numbers. They do not want to lose because of their interests. We are calling for a correct result tomorrow. The people have voted, and we call for the international community to keep a close eye on the result....

Was this preliminary sour grapes, or does it reflect the reality of this election in Haiti?

None of us have access to the ballots. What we do know is that the government of the United States has raised a gigantic red flag that now covers the results in doubt, the official numbers are contrary to all estimates, and many, many Haitians were disenfranchised to begin with. 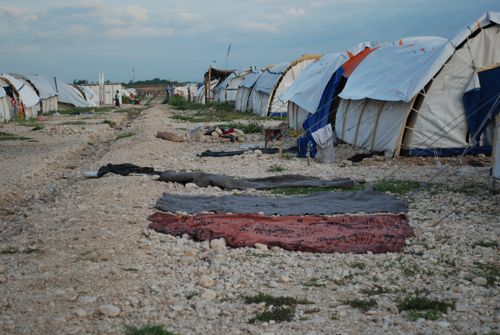 A case in point is the Government run IDP camp of Corail, which has 5,000 residents; only 39 were allowed to vote. We have visited Corail on many occasions and the people we spoke with there are very unhappy with the Preval government.

An excellent overview of the current situation by Associated Press reporters on the ground can be seen here.

Manigat, a 70-year-old law professor, is the wife of former Haitian President Leslie Manigat. Celestin, an unknown before the election, is the candidate of Preval's Unity party.