Anti-Maduro activists wearing hoods or masks erected barricades on roads, and scuffles broke out with security forces who moved in quickly to disperse demonstrators who denounced the election as a naked power grab by the president.

Authorities said 10 people were killed in the confrontations, which made Sunday one of the deadliest days since massive protests started in early April.

Maduro, widely disliked for overseeing an unraveling of Venezuela’s economy, has promised the assembly will bring peace by way of a new constitution after four months of opposition protests in which more than 120 people have been killed.

Opposition parties sat out the election, saying it was rigged to increase Maduro’s powers, a view shared by countries including Spain, Canada, Colombia and the United States.

Caracas was largely shut down, streets were deserted and polling stations were mostly empty, dealing a blow to the legitimacy of the vote. A bomb exploded in the capital and wounded seven police officers in what could be the spread of more aggressive tactics.

Critics say the assembly will allow Maduro to dissolve the opposition-run Congress, delay future elections and rewrite electoral rules to prevent the socialists from being voted out of power. The opposition vowed to hold protests again on Monday and to keep pressuring Maduro’s cash-strapped government until he’s forced from office.

“Even if they win today, this won’t last long,” said opposition supporter Berta Hernandez, a 60-year-old doctor in a wealthier Caracas district. “I’ll continue on the streets because, not long from now, this will come to an end.”

Maduro, a former bus driver and union leader narrowly elected in 2013, dismisses criticism of the assembly as right-wing propaganda aimed at sabotaging the brand of socialism created by his mentor and predecessor, the late Hugo Chavez.

“The ‘emperor’ Donald Trump wanted to halt the Venezuelan people’s right to vote,” said Maduro as he rapidly voted at 6 a.m. in a low-income area of Caracas that has turned on the government.

“A new era of combat will begin. We’re going all out with this constituent assembly,” he said.

But with polls showing some 70 percent of Venezuelans oppose the vote, the country’s 2.8 million state employees are under huge pressure to participate - with some two dozen sources telling Reuters they were being threatened with dismissal. Workers were being blasted with text messages and phone calls asking them to vote and report back after doing so.

The opposition estimated participation was at around a paltry 12 percent, but warned the government was gearing up to announce some 8.5 million people had voted.

Fueling anger against Maduro is an unprecedented economic meltdown in the country of some 30 million people, which was once a magnet for European migrants thanks to an oil boom that was the envy of Latin America.

However, nearly two decades of heavy currency and price controls have asphyxiated business. Venezuelans have seen their purchasing power shredded by the world’s highest inflation rate.

Millions of Venezuelans now struggle to eat three times a day due to shortages of products as basic as rice and flour.

“Sometimes I take bread from my mouth and give it to my two kids,” said pharmacy employee Trina Sanchez, 28, as she waited for a bus to work. “This is a farce. I want to slap Maduro.”

To show the massive scale of public anger, the opposition organized an unofficial referendum over Maduro’s plan earlier this month.

More than 7 million voters overwhelmingly rejected the constituent assembly and voted in favor of early elections.

The opposition’s bid last year to hold a recall referendum against Maduro was rejected, regional elections have been postponed and the president has repeatedly ignored Congress.

In Sunday’s gravest incident, a bomb went off as a group of police officers on motorbikes sped past Caracas’ Altamira Plaza, an opposition stronghold. The state prosecutor’s office said seven officers were wounded and four motorbikes incinerated.

Clashes were also reported in the volatile Andean state of Tachira, whose capital is San Cristobal, where witnesses told Reuters an unidentified group of men had showed up at two separate street protests and shot at demonstrators.

Fatalities over the weekend included two teenagers and a candidate to the assembly killed during a robbery in the jungle state of Bolivar. The state’s Socialist Party governor, Francisco Rangel, said the death was a “political hit job” and blamed it on the opposition.

Supporters of “Chavismo,” the movement founded by Chavez, Maduro’s more charismatic predecessor who enjoyed high oil prices for much of his mandate, said they wanted to halt the unrest.

“The (opposition) wants deaths and roadblocks and the government wants peace,” said Olga Blanco, 50, voting for candidates to the assembly at a school in Caracas.

The assembly is due to sit within 72 hours of results being certified, with government loyalists such as powerful Socialist Party No. 2 Diosdado Cabello and Maduro’s wife and son expected to win seats. 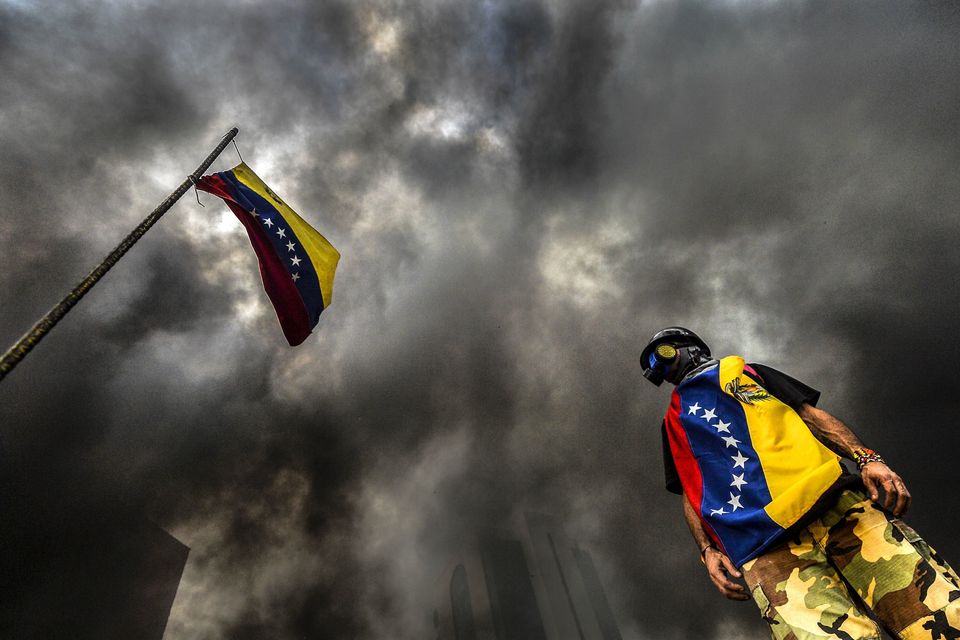