WASHINGTON -- Since its founding more than 200 years ago, the nation's capital had never experienced an earthquake as intense as last year's 5.8 magnitude earthquake centered roughly 85 miles away in Virginia's Louisa County.

But the quake, which hit a year ago Thursday and was felt up and down the East Coast, was a startling wake-up call that the D.C. area isn't immune from seismic activity.

The earthquake triggered a mass exodus from downtown office buildings. Roads across the region were clogged. Metrorail ran at a snail's pace as a precaution. The Capitol was evacuated and the Senate met in a pro forma session in the Postal Square Building adjacent to Union Station -- the first time senators officially convened outside their legislative home since the British burned the Capitol nearly 200 years ago.

There were no deaths, fortunately, and damage was limited in the District of Columbia and its suburbs in Maryland and Virginia. But some of the city's best-known landmarks, including the Washington Monument and National Cathedral, sustained major damage. Cracked plaster fell from Union Station's vaulted Main Hall, too, necessitating long-term repairs.

But some lesser-known buildings experienced seismic-related structural problems, too, like Marist and McMahon halls at the Catholic University of America, Sherman Hall at the Armed Forces Retirement Home and Arlington House at Arlington National Cemetery.

Numerous residential chimneys were damaged across the city.

The Washington Monument, once the world's tallest structure, was likely the scariest place in D.C. to be during the earthquake, as this surveillance video documents.

The monument has been closed to the public since the quake to allow damage assessments and repairs. Although the obelisk did not sink, it did sustain exterior and interior damage. Scaffolding will be required to complete repairs to the monument, which is expected to remained closed until 2014.

Stonework at the Washington National Cathedral, including pinnacles on the grand building's towers, flying buttresses and gargoyles, sustained damage. Two tons of damaged stonework were removed following the quake.

The cathedral continues fundraising for the repairs, which are expected to take a decade and cost upwards of $20 million.

Damage was more serious closer to the epicenter in central Virginia.

As the Fairfax Times reports:

More than 6,400 homeowners and renters in nine counties and cities received nearly $16.5 million in recovery assistance from [Federal Emergency Management Agency] to help with their personal losses due to the earthquake. Governor [Bob] McDonnell noted, "While precious family items filled with memories can never be replaced, rebuilding of homes is critical to recovery and the ability to heal from a disaster."

Read McDonnell's statement on the one-year anniversary of the quake here. 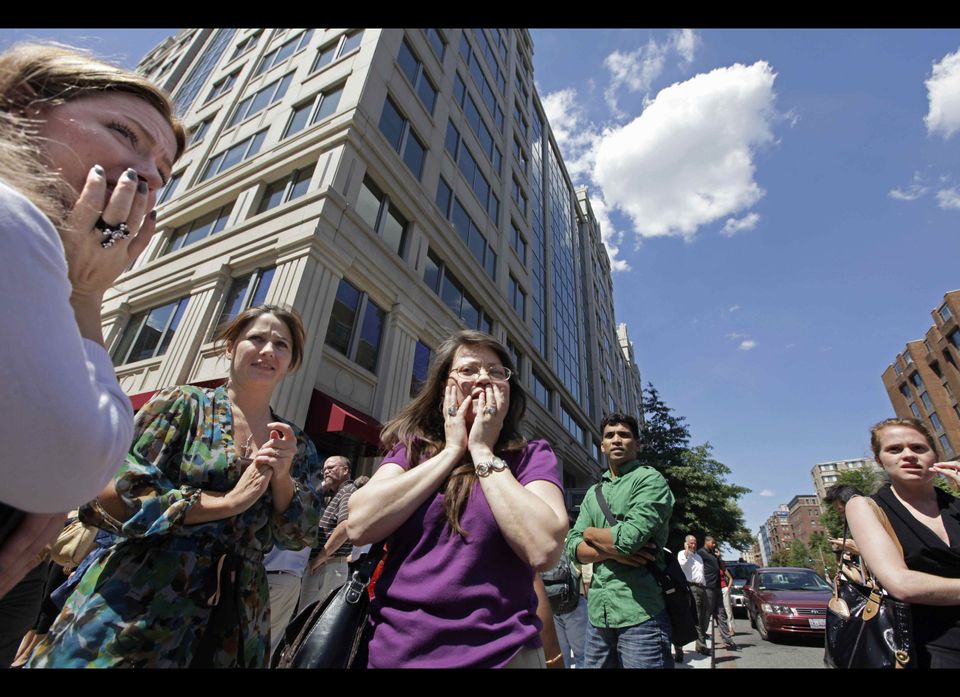