Most of us who teach in the field of Christian Origins get asked from time to time by students or in public lectures, "Professor, Do you believe that Jesus is the Son of God?" As it turns out, the question, like all historical queries, is more complicated than meets the eye. 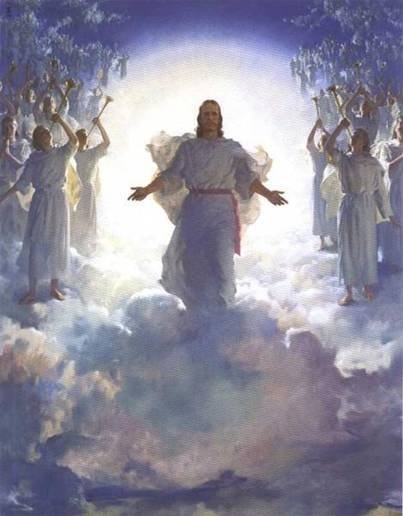 Scholars are aware of the rich and diverse ways in which the term "Son of God" is used in the Hebrew Bible, in subsequent Jewish literature, and in the New Testament writings themselves, not to mention various non-Jewish texts (including inscriptions and coins) of the Greco-Roman period. Most of us who teach in the field of Christian Origins get asked from time to time by students or in public lectures, "Professor, do you believe Jesus was X." Sometimes X is "Messiah," other times it is "Divine," but in my experience, most often, the question is "Do you believe that Jesus was the Son of God." In good Socratic fashion one is tempted to reply, "Well what do you mean by the term 'Son of God,' and such a counter question is certainly more than subterfuge. Here is a listing of most of the complex ways in which that term is used in the Christian Bible and other related traditions:

1) In the Hebrew Bible the precise phrase "son of God" does not occur, although the plural phrase "sons of God" (b'nai 'elohim) occurs five times in the Masoretic text (Genesis 6:2,4; Job 1:6; 2:1; 38:7), likely referring to a group of "angelic" beings who comprise God's heavenly court and are charged with the responsibility of overseeing, ruling, and reporting on human affairs. In Psalm 82:6 this group is directly addressed: "You are Gods, sons of the Most High all of you." In the Dead Sea Scroll copies of Deuteronomy, the phrase "sons of God," occurs two more times in the "Song of Moses," also likely referring to these heavenly custodians of human affairs (Deut 32:8; 43), and these two additional references are also found in the Greek Septuagint, a translation of the Hebrew from the 2nd century BCE. There is also an Aramaic reference (bar 'elahin) to such a heavenly being who is said to be like "a son of the Gods" in Daniel 3:25.

2) The anointed kings of ancient Israel were referred to as "son of God." Samuel tells David that God has promised to make a covenant with him and his royal descendants will rule as kings forever. Yahweh declares, according to Samuel, "I will be a father to him, and he shall be a son to me" (2 Samuel 7:14). According to a later Psalm, the Davidic ruler will cry "You are my Father, my God, and the Rock of my salvation" and God will make him "the firstborn, the highest of the kings of the earth" (Psalm 89:26-27). This is the background of Psalm 2, where Yahweh says to the king, "You are my son; today I have begotten you." Some scholars are convinced that this language was used in some kind of coronation ceremony, and various Psalms are classified as "royal Psalms," in that they celebrate the reign of Israel's King as Yahweh's direct human agent (Psalm 45, 72, 110).

3) The people of Israel are called "God's son." Moses tells Pharaoh of Egypt "Thus says Yahweh, Israel is my firstborn son" (Exodus 4:22), and the prophet Hosea, looking back to that time, has God declare, "when Israel was a child I loved him, and out of Egypt I called my son" (11:1).

4) In late 2nd Temple Jewish writings one who devoutly follows God is said to be his "son" (Wisdom of Solomon 2:16-18; 5:5; Sirach 4:10). For example, the various patriarchs such as Noah, Lamech, and Shem are addressed as "my son" regularly in 1 Enoch.

5) Julius Caesar, Augustus, Tiberius, and subsequent Roman emperors were regularly referred to as "son of God" (divi filius), on coins and inscriptions, as were a host of Greco-Roman "heroes" whom were called "divine men." Some of these were said to have been "fathered" by a God, while others were honored for their extraordinary deeds. However, the terms "Lord," "Son of God" and "Savior," in the time of Jesus, was used rather widely in Greco-Roman materials to refer to such legendary, political, philosophical, or religious figures.

6) Adam, and by extension, all humankind, is called the "son of God" on the basis of being created in God's image and likeness (Luke 3:38; Acts 17:26-29). This is akin to the general notion of God as Creator being "Father" of humankind.

7) Jesus at his baptism hears a voice from heaven that declares "You are my Son, the beloved, with you I am well pleased" (Mark 1:11). Mark records no birth narratives of Jesus at all. Matthew follows Mark here but there were versions his gospel in Hebrew that added the phrase "Today I have begotten you," based on Psalm 2:7. This interpretation was referred to as "adoptionism," meaning that Jesus was made and declared to be God's son at his baptism when the Holy Spirit came upon him. Apparently such a view was held by some early Jewish followers of Jesus, associated with James the Just, the brother of Jesus, who came to be labeled in later years as "Ebionites." We are told that they used the gospel of Matthew in Hebrew, but in a version that lacked the virgin birth story of chapters 1-2, that they believed Jesus had a human mother and father, and that he was designated ("adopted") as God's son at his baptism as an indication of being chosen and favored as Messiah.

8) Jesus is said to be the "son of God" based on his mother Mary becoming pregnant through the Holy Spirit, with no human father, as explicitly stated in Luke 1:35. This idea of no human father is found in both Luke and Matthew. Even though the gospel of John has no explicit account of the "virgin birth," his statement about the "Word (Logos) becoming flesh and dwelling among us" likely reflects this same idea of incarnation-the Son of God born in the flesh (John 1:14).

10) According to Paul those followers of Jesus who have received the Holy Spirit are made "sons of God," and indeed, Paul says that Jesus is "firstborn of many brothers" (Rom 8:14-17; 29-30). Paul uses the term "adoption" to describe this idea that one becomes a "son of God" and calls God Father upon receiving the Holy Spirit. The writer of Hebrew speaks explicitly of these "many sons of God" who are to come (Hebrews 2:10). John expresses a similar idea of an extended family of "sons of God" based on a new spiritual "birth" for those who united with Jesus (1:12-13).

Given this complexity and diversity what one might mean by calling Jesus the "Son of God" could range from an affirmation of Jesus as God's favored choice as Israel's anointed king, to ideas of a preexistent Divine being who is born of a woman with no human father, and thus "becomes flesh" (Incarnation), with ranges of views in between. But not to dodge the question, my own view is that he was an apocalyptic proclaimer of the Kingdom of God who went to his death with faith in God's promise to redeem Israel and the world.