Here's a question I bet no one has ever asked before: What do Mary Poppins and the International Energy Agency have in common?

Answer: Both like to dish out their medicine with a spoonful of sugar. At least that's my take on an important new report released by the IEA today. 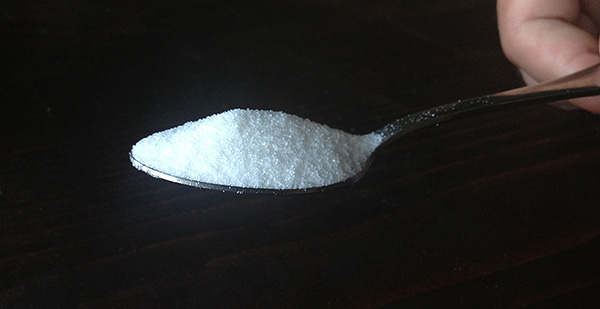 The disease being treated in this case is our global addiction to fossil fuels which is leading to dangerous interference with the world's climate. Consider the following symptoms and prognoses which are presented in the report:

In other words, we have reached the point where an all-out push for transforming our global energy system will only give us a 50/50 chance -- the mere flip of a coin -- to stay below a temperature threshold which is highly dangerous at best, and totally catastrophic at worst.

So what does the IEA prescribe?

First and foremost, a healthy diet. The report suggests that as long as the political will does not exist for achieving this energy transformation, the best we can hope to do is to keep the patient alive by holding the door to a 2° pathway open.

They suggest four priority areas for additional action, selected primarily because they are largely tried-and-true, don't require new technologies, and most importantly because they can be achieved at no net economic cost. These are:

These are fantastic suggestions, no-brainers.

That said, their proposal on fossil fuel subsidies curiously focuses only on subsidies for consumers in non-OECD countries, not the producer tax advantages and subsidies which create incentives for oil, coal or gas companies to continue exploring for and extracting the fuels which are causing the disease in the first place.

So let's add that to the mix as well, and channel the savings into investments in energy efficiency, renewables, and getting access to clean energy for those who currently have none at all.

But this is all just to get our patient stabilized. The IEA acknowledges that a more invasive treatment will eventually be required, involving major policy shifts in the energy sector and a "constraint" on the use of fossil fuels:

After 2020, the energy transition must move from being incremental to transformational, i.e. an energy sector revolution is required... The pivotal challenge is to move... climate policy to the very core of economic systems, influencing in particular all investment decisions in energy supply, demand and use.

This is heady stuff coming from an organization originally created to benefit and support the fossil fuel industry, and is exactly what needs to be done.

So where does Mary Poppins come in?

The medicine needed to actually cure our fossil fuel disease, at a dosage sufficient to totally transform our global energy system, is clearly seen as unpalatable for those who have the most to lose -- the corporations and countries sitting on big reserves of fossil fuels.

The IEA stated in its 2012 World Energy Outlook (PDF) that "No more than one-third of proven reserves of fossil fuels can be consumed prior to 2050 if the world is to achieve the 2 °C goal, unless carbon capture and storage (CCS) technology is widely deployed."

And so the IEA administers its spoonful of sugar. Forget the notion of leaving it in the ground, carbon capture and storage can be your get-out-of-jail-free card!

The large deployment of CCS after 2020 is required partly as a fossil-fuel assets protection strategy.

CCS can not only safeguard otherwise stranded assets in power generation and industry, but also has a value for fossil-fuel producers.

Of course even the IEA acknowledges the financial and technical challenges surrounding carbon capture and storage, though neglects to mention that it takes between 11-40 percent more fossil fuels to run a plant operating CCS technology (PDF) or that CCS, even hypothetically speaking, would never remove all associated emissions.

I don't know about you, but if my doctor handed me a prognosis like the one described above I'd go for an all-out cure. Sure, I'd change my diet, but if given the choice between a sugar-coated pill which may or may not work, OR a bitter pill with a higher chance of doing the job, I'd take the latter.

Fortunately for us though, the cure -- leaving the vast majority of fossil fuel reserves in the ground and doubling down on a clean energy future -- turns out to have its own natural sweeteners and a wide range of beneficial side effects. More jobs. More energy security. Cleaner Air. Less stress on water supplies. And better public health.

If you agree, take action here by seizing your power, or telling G8 leaders to switch from fossil fuels to renewables.

Just what the doctor ordered!