I grew up in a very small, predominately white town. And by small, I mean small. Like, we had one blinking stop light and everyone knew my mama name small. When a Sonic Drive-In was built, it was a town-wide phenomenon that nearly triggered mass hysteria. It was our first commercial chain restaurant. I went on to work there as a glorified fry-guy throughout high school. The name of my hometown is Sweeny.

Sweeny had a tight-knit, southern conservative-esque feel to it. An insulated community that, at times, felt like more of a time capsule than an actual town. Nearly every elected official, police officer, school teacher, volunteer firefighter, business owner, and passing stranger I ever encountered was white. As you can imagine, many of my childhood friends and close acquaintances were white as well. A classic case of proximity. We played, went to school, laughed, and even occasionally got in trouble together. No, Sweeny wasn’t this post-racial utopia where race and identity politics transcended. We were eons away from such a place. Sweeny has a long history of bigotry and racism. An old railroad track was the line that separated Black and White folks during segregation. Ironically, our town motto was: “A city with pride” Perhaps “A city with Southern Pride” would have been more fitting.

I had my share of disputes and fist fights for the use of racially charged remarks and slurs. The first time I was called a nigger was in the 3rd grade at recess. I vividly remember that feeling of anxiety-laced-shame consume me as my eyes filled with tears and my tiny fingers compressed to make a tight fist. I wanted to punch him, but his words pierced my soul. I just stood there- paralyzed with pain.In spite of that, I still maintained my friendships with my other white friends. You see, they were different.

This is probably because they never used racially charged remarks or slurs in my presence. My white friends and I rarely discussed race. We were much more concerned with bike riding, mischief, and PlayStation.When we did discuss race, my friends would always reassure me that the casual racism and discrimination I experienced was just the ignorance of a few. This was typically after a racially incited incident. I was young, innocent, and naïve. But even then, I knew I was black. There was never a moment in my life that I thought otherwise. But I had yet to fully conceptualize what that actually meant.

As we grew older, my childhood friends and I began to identify differently in terms of interests. I don’t remember the exact moment when I noticed our growing indifferences, but I believe it was sometime around high school. Our indifferences became our preferences. We were blossoming into individuals. This, in turn, led to us to choosing different circles of friends. We still occasionally hung out and talked. And we still considered each other friends, but things were just a little different now.

There wasn't any animosity or tough feelings. In fact, I think we all were a bit happier finding new friends to identify with. After high school, I left Sweeny and went off to college. Some of my childhood friends went off to school as well. While others stayed, hit the workforce, and started families of their own. Luckily, we were able to keep in touch via Facebook and other outlets of social media. I would visit their Facebook pages sporadically to check in.

That is when I first began to notice that our differences continued to develop as we grew older. But this growth made me uncomfortable; even angry at times. Most of it was anti-Obama rhetoric.It offended me, but I chalked it up to just being a difference in political ideology. As social media began to grow in popularity, so did my classmates and friends frequency to share their principles, and personal views. I too was very active on social media--voicing my concerns of injustice and police brutality.And like clock-work, my old friends would attempt to argue and discredit my points. To make a long story short-- agreeing to disagree was something that neither of us was interested in. A line was being drawn in the sand. Sides were chosen. Perhaps that line had always been there.

I was forced to face two truths:

The first was that we were long past any hope of reconciliation. And the second was me being completely fine with that.

Sometime between the birth our friendship and the murders of black bodies at the hands of law enforcement, my white friends grew comfortable in their anti-blackness.I watched them share racist right wing articles and argue who was worthy of life and humanity. I watched their silence in the face of injustice. I watched my friends who I played, went to school, laughed, and even occasionally got in trouble with, devalue my life and reality.That hurt, it still hurts, and it will continue to hurt. But I hurt most of all for that little boy who was reassured that the casual racism and discrimination he experienced was just the ignorance of a few. I now understand that there was no way we were ever friends, we just grew up together.

We Were Never Friends. We Just Grew Up Together.
Dope Photos Of The Black Panther Party 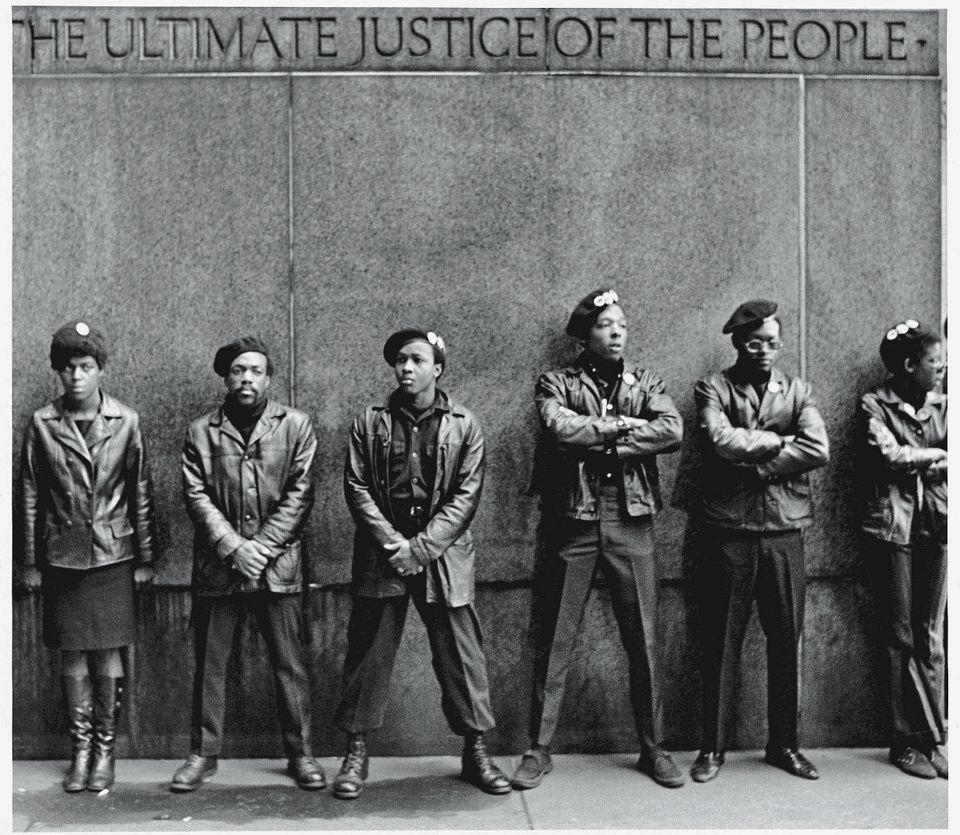