My generation of Catholics has seen a lot of decline.

The memories I have of a neighborhood bursting at the seams with Catholic parishes, participating parishioners, priests, nuns, students, service groups and athletic teams seems like a distant dream. 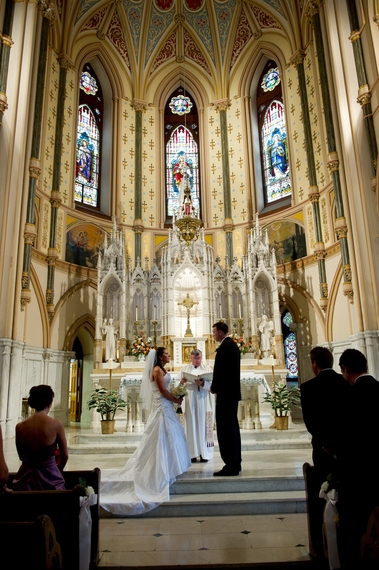 We have seen the size of the Catholic Church dwindle before our very eyes, and while the reasons for this are many and varied, there is one word that seems to come up the most in discussions I've had: hypocrisy.

How can a Church that asks us to help the poor have Cardinals and bishops living in mansions and driving expensive cars? With servants? How can a parish ask its parishioners for a tenth of their hard-earned salaries when the Vatican possesses millions of dollars worth of property, art and artifacts? How can a faith that asks us to treat others how we want to be treated treat the LGBT community -- and women -- so differently?

I don't think our faith in God has waned, necessarily; but we have become frustrated with the institution, and quite frankly, the men that run it.

As it turns out, we were right in feeling that way because you know who else was frustrated with the institution?

He was a breath of fresh air; someone that was not afraid to address and rectify some of the hypocrisies of the Church. He did things that I imagined Jesus would do.

This past weekend, his Holiness visited my hometown of Philadelphia. Based on the aforementioned reasons, I was a little nervous about this. (That, and this is the same city that once pelted Santa Claus with snowballs. Yeah, yeah, I know, I know, he deserved it.) My once very actively Catholic community is not what it once was. How was he going to be received? Would people go? Were people going to be able to deal with the road closures and traffic nightmares?

What I saw, however, was enough to not only restore my faith in the Church, but also in humanity.

Hundreds of thousands of people flooded the streets to catch just a glimpse of his passing car. People passed their babies to strangers in hopes that they might get close enough to receive a kiss. Families with children with disabilities came from afar and with great difficulty hoping for a blessing. God only knows (like really, probably only God) how many were glued to their television sets watching the hours and hours of coverage. People were mesmerized with this man's every move and every decision.

And all he really did was show people kindness.

He waved to them. He reached out to them. He prayed with them. Did you know he met with victims of the sex abuse scandal? Perhaps the most moving was seeing him with the prisoners of the Curran-Fromhold Correctional Facility and their families. The POPE -- with murderers, rapists and violent criminals.

They are people deserving of ours and God's love and forgiveness, too.

That one even brought tears to my dad's eyes.

"Truly I tell you, whatever you did for one of the least of these brothers and sisters of mine, you did for me."

His accommodations were modest. He rode around in a Fiat, and his "popemobile" was a Jeep Wrangler -- not a Mercedes Benz as other popes had used in years past. What really struck me was that he kept asking people to pray for him. What a powerful message that even someone like him needs to be prayed for, and that someone like little old me would be able to reach God on his behalf.

"Very truly I tell you, no servant is greater than his master, nor is a messenger greater than the one who sent him."

Pope Francis is not perfect -- no human is. The Church is not perfect; but if more of us could embrace his message -- which in essence is a call to live like Christ, which is a call to care for the poor, the sick, and the lowly; to love each other regardless of race, religion, economic status, or sexual orientation; to treat all people with dignity and kindness -- we could work within the Church to reverse this declining trend that is threatening the Catholic community's very existence. We could make the institution be more like what Christ envisioned, one that is for the people and not the other way around. At the least, we could strengthen the greater society to be one that embraces peace, kindness, forgiveness, humility, and equality.

We could be a world that would bring a tear to God's eyes. 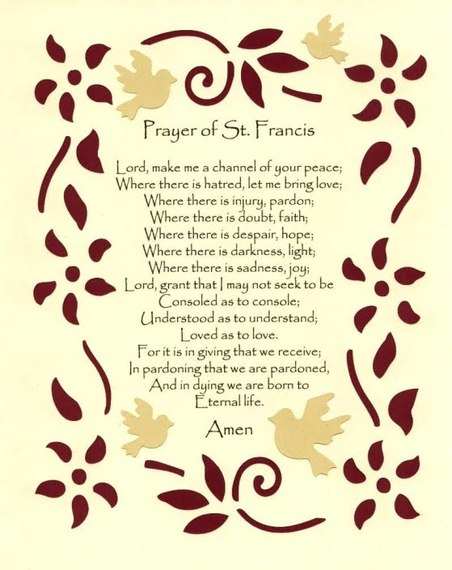