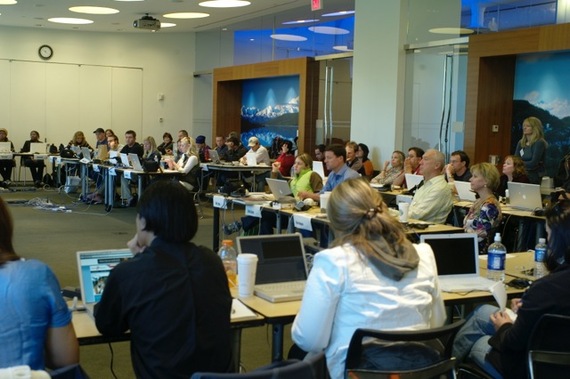 Creating yet another room full of Travel Journalists

Yesterday, I wrote a blog here entitled 'Today We Are All Journalists".

And, of course, I put the links on Twitter.

Normally, when I publish something, it disappears into the great black hole of the blogosphere, never to be heard from again.

But this time, it was different.

Having put the link to the Today We Are All Journalists piece out there, I got more than 17,000 Re-Tweets on Twitter.

No, that's a lie. I made that up. (What am I, Brian Williams, 'professional' journalist?)

I didn't get anywhere near that.

But I did kick off a very interesting discussion.

Here are a few of the responses: 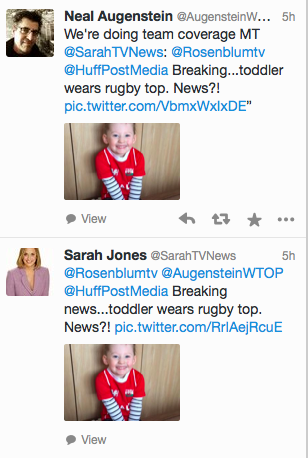 If everyone is a journalist, then whatever they publish is 'news'? Right?

And who gets to define what 'news' is?

The professional journalists were a bit annoyed. Weren't they the pros? Weren't they the ones who are getting paid to 'make the news' or at least to report it? How can it be that anyone can now join in the fun? What happens to their careers, their jobs, their sense of self-identity?

It's fine to report that Blockbuster has gone out business because of Netflix or that Amazon is killing the local bookstore. But what happens when the power of the digital revolution and the web hit closer to home?

AJ Leibling wrote, "Freedom of the press belongs only to those who own one."

In those days, owning a press or a newspaper was expensive. And not nearly as expensive as owning a TV station! So the press, and thus the power to define what was 'news' was really in the hands of the very few - the rich very few. The very rich very few - and of course, those who worked for them.

The Internet Revolution has changed all of that.

Now it is possible for ANYONE to 'own' a press.

That is what I am doing here in my living room. I am publishing on Word Press. It is called that for a reason. And anyone with an iPhone can create video news and put it out to more than 3 billion people whenever they want, for free. (That's a lot more homes than even Comcast gets into).

So the same technology that obviated classified ads and VHS rental stores is now about to obviate conventional journalism. And that is no bad thing.

But what about 'what is news?'

If everyone can make and publish 'news', (which clearly they can), then what defines what is news?

Now, for the first time, the news business is faced with the ramifications of a truly free and democratic press.

This has happened before, but in other 'professions'.

Anyone with a paintbrush may apply paint to canvas and declare themselves an artist.

I have no idea.

It is in the eye of the beholder.

But they are most definitely artists.

Anyone with a guitar can create music.

Is their music any good?

That too, is for the listener to decide.

It is a bit scary for the old school practitioners. They were used to the Soviet World of News. WE define it, you watch it.

That world is over.