I can't pinpoint the exact moment that I became familiar with the term "Real Woman," but I can say since the release and success of "Orange Is The New Black," I hear it over and over again. Amy Schumer's speech at the Glamour Women of the year event made me laugh out loud and also think about the feelings that surface when I hear folks refer to me and my cast mates as "Real Women."

It's a backhanded compliment. You see, I've heard it used on red carpets, in interviews and in reviews, and it's always part of describing our cast. We are being "complimented" by being told, "it's so great to see all you women who shouldn't be on the screen be on the screen!" We pat ourselves on the back for accepting "Real Women" and we say we "love" it, and yet, somehow, we continue to perpetuate the idea that seeing diverse women on TV is unique and not the norm -- not how it should be. With all the strides we have made, we still continue to be locked in to a very close-minded way of thinking when it comes to women. We continue to see
minority women, short women, older women, curvy women and gay women as "other." The ones described as being "Real Women" are somehow "less than." Excuse me, have you not seen us on red carpets when we're not playing inmates?

Question: Who are the others that don't fall into the "Real Woman" category? Fake women? Fembots? Are they superior? And if so, why? Based on whose beauty standard? One can't help but ask if this is a race issue. Is it based on one's weight, size, age? Whose definition of what a woman is are we following? Who is deciding what a woman should look like in order to be considered attractive or worthy of attention? Last I checked, men and women are attracted to an array of different people...

"Orange Is The New Black" and its "groundbreaking" casting is a representation of women in general (FYI, it takes place in a prison and we are bare-faced for the most part, with added imperfections like meth teeth, unibrows and prison attire etc. Nothing glamorous, just real for
the stories being told). The show is a hit because outside of the great storytelling, it is a REAL representation of the differences that exist worldwide. Women are white, black, Latina, lesbian, short, fat, skinny, trans, etc. Who dictates what the standard of beauty should be? Beauty is different in various parts of the world. What may be beautiful to one person can be ordinary to another.

The Real Woman is one who is comfortable in her skin. She glows from within. Her smile lights up your life. Her laughter is contagious. Her kindness heals your soul. And her confident walk makes your heart race. A real woman is smart, funny, confident and more than what she
wears or what she looks like. A Real Woman changes the world with her courage. A Real Woman will remain relevant when her youth and beauty are gone. A Real Woman is beautiful and sexy. A Real Woman is every woman. Big, small, dark, fair, blonde, brunette, Latina, black, caucasian, Asian, old and all of the above.

A Real Woman is me, and yes, ALL of the amazing, talented, smart, kind, award-winning actresses on OITNB. So, the next time you go to utter the words "real woman" to describe a woman, stop and ask yourself what you mean.

What Makes a 'Real Woman'?
"Orange Is The New Black" 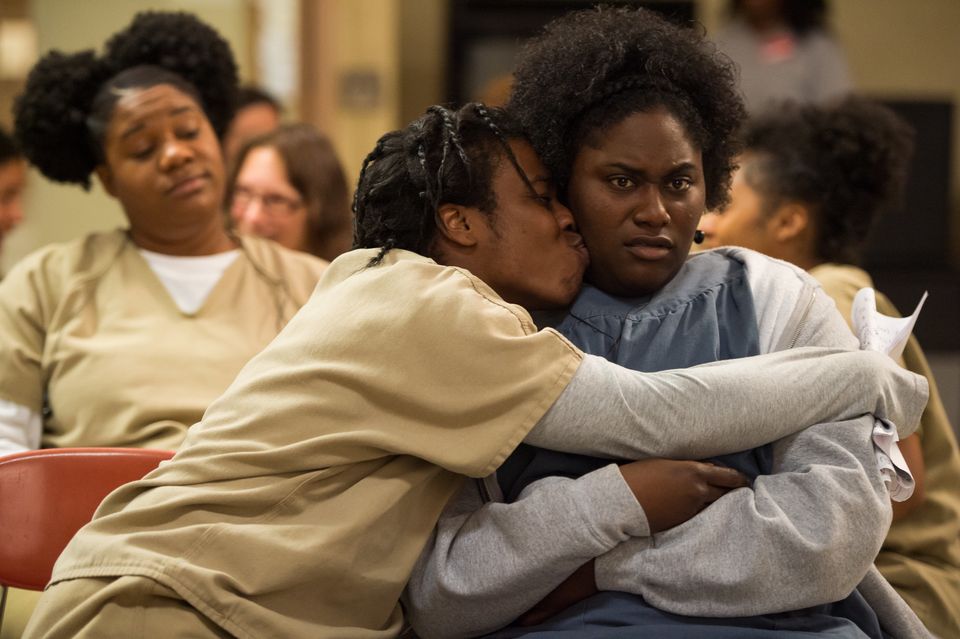