When John and Tom D’Eri realized their autistic family member ― John’s son and Tom’s brother, Andrew ― would soon age out of the school system at 22 and have no job prospects, they decided to do something about it. Inspired by Andrew, the father-son duo founded Rising Tide Car Wash, a business that hires individuals across the autism spectrum and teaches them job skills to help put them on a path toward independent living ― and it’s making a world of difference in its Florida community.

Nearly 100 associates with autism are employed by Rising Tide. “People with autism are great at detail-oriented process-driven tasks. They excel at them,” Tom says. “In fact, they’re better than most.”

It’s a message that the D’Eri family is eager to spread.

“As a society, we look at autism as a disability that requires sympathy instead of a potentially really valuable diversity,” Tom says. “We decided we wanted to build something that could not only empower people with autism, but also could explain that message that people with autism are really capable [and] can be huge assets to a lot of different businesses.”

Rising Tide Car Wash, Tom continues, can employ about 50 percent of the autism spectrum. “There’s a wide range of people with autism that can be successful here,” he says.

As a society, we look at autism as a disability that requires sympathy instead of a potentially really valuable diversity.

Employees at the car wash undergo a structured training program before working on the vehicles, which Tom says has benefits beyond the individuals simply learning a process. “They open up. They want to learn new things. They want to talk to customers, which at first a lot of them are really skittish about,” he says. “[It] just opens our guys up and opens a whole world of opportunity up for them.”

With the combined unemployment or underemployment rate for young adults with autism hovering around 90 percent, the D’Eris hope to take their car wash model and teach others how to use it or adapt it to other businesses, like bakeries and laundry services. As a part of this vision, John and Tom are opening a second car wash location this fall, which will also include a classroom environment.

“We’ll hopefully really be able to bring a lot of other families from all over the country and maybe even all over the world, show them what we’ve done and help them do this in their communities,” Tom says.

Stories like this air each month on “The Hero Effect” on OWN. For more, sign up for the This Week on OWN Newsletter. 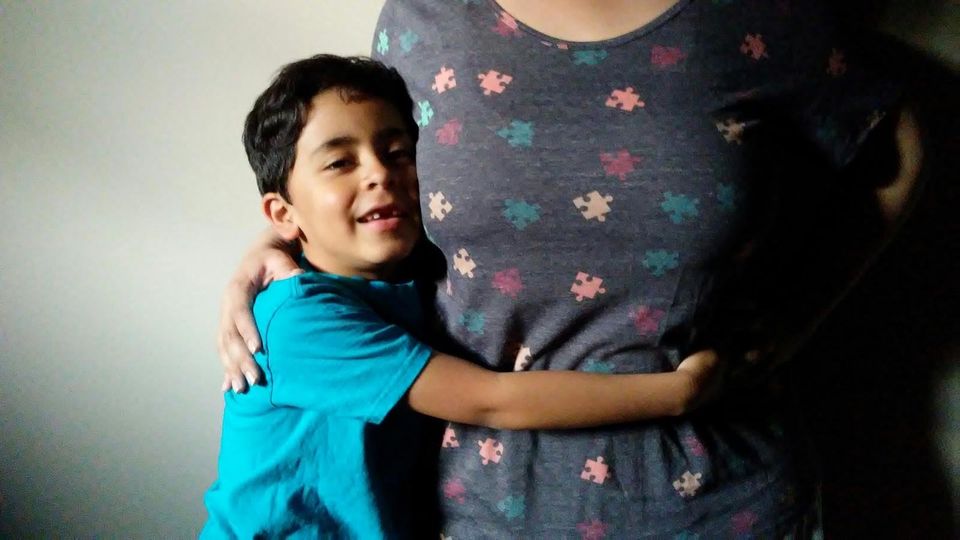 1 / 49
"This is what autism looks like in our home. This is Lucas, and he's 7. He was diagnosed in December 2016. He's considered high-functioning autistic. We took this photo to share his diagnosis with family and friends on Facebook.&nbsp;He is the light of&nbsp;our lives. He loves sports, loves school, and wishes to be a pilot when he grows up. Our silky terrier Bo is his 'baby brother.'"
ANA ZAMBRANA