Even when you've done your best to fight off the winter blues and miserable flus, it's almost inevitable you'll get at least a mild sniffle at some point during cold and flu season. And even though being stuck at home with a fever does warm up our bodies -- which may sound nice when the temperature outside is below zero -- it's not exactly as enjoyable as warming up in the sun on a gorgeous beach somewhere. With flu season peaking in February, it's time to stock up on food and drinks that'll get you back to tip-top shape in no time.

The Need-To-Know
When we're sick, the body needs more calories to function normally. The body must work harder than normal when we are sick in order to fight infection, especially with fevers (when it's battling higher body temperatures, too). To do this effectively, it needs to maintain higher energy levels (which can be tough when it's already working so hard). This is why properly fueling a sick body is an essential part of getting better.

It's important to stick to regular eating schedules when sick because consuming fewer calories than normal can restrict the body's ability to heal. In fact, studies suggest reducing calorie intake when sick not only increases susceptibility to the flu, but also worsens symptoms and lengthens the duration of illness.

While a nasty cold or bad case of the flu might ruin your appetite, it's important to stay well nourished and hydrated. Eating smaller portions of food more frequently (and listening to your body to determine when you're actually hungry) makes it easier to steadily fuel ourselves through the recovery process. The best foods to eat will keep us hydrated and give our bodies extra energy and nutrients to stay strong (without aggravating upset tummies or clogged-up respiratory systems).

Your Action Plan
The best way to kick a cold is to drink plenty of fluids and eat immunity-boosting foods. Here are some of the best items out there:
Broth-Based Soup
It's not just an old wives' tale -- chicken noodle soup can actually help soothe a cold: The chicken contains an amino acid called cysteine, which helps thin mucus in the lungs, and the hot broth helps to keep nasal passages moist, prevent dehydration and fight inflammation in the throat. Plus, the other ingredients may help the body kick a cold by stopping congestion and inflammation in their tracks.

Hot Tea
Warm liquids can soothe a sore throat and alleviate congestion, so drinks like freshly-brewed green tea -- which is rich in infection-fighting antioxidants and supports the immune system -- or hot water with lemon are ideal for staying hydrated while helping out that stuffy nose. 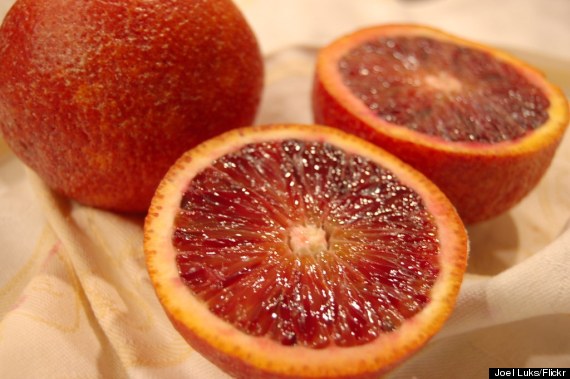 It's a myth that vitamin C can cure the common cold, and there isn't actually much scientific evidence behind the theory that it'll reduce the length or severity of colds, either. However, while citrus fruits might not be a cure-all, the soft white layer of skin found on oranges, lemons, grapefruits and limes does contain flavonoids, which can help boost the immune system and are great for speeding recovery.

Ice Pops
Staying properly hydrated while sick with a chest cold can keep mucus thin and help lessen congestion. While it's generally better to eat fruit rather than drink it, ice pops are great as a different way to hydrate and are especially easy on the throat. Bonus points if they're 100 percent fruit juice, or made from whole fruit!

Spicy Foods
Spicy foods can make our noses run and our eyes water, but they're also effective natural decongestants. Eating chili peppers, wasabi or horseradish can help relieve the symptoms of congestion.

When it comes to stomach issues (which can accompany the flu), eating bland foods that are easy to digest and staying hydrated are the best defenses for a quick recovery. Here are a few of your best bets: 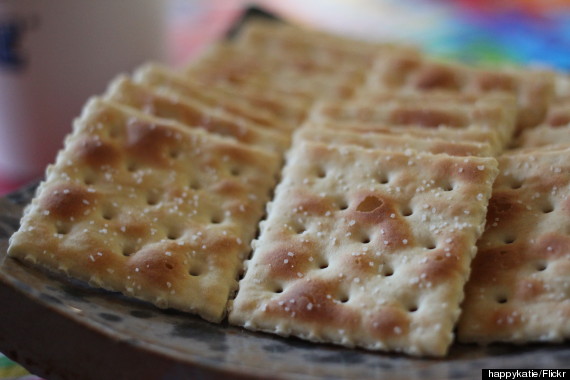 Plain, unsalted or lightly-salted crackers and toast are simple, bland foods that are easy on the stomach. These high-starch foods won't aggravate the stomach and can help stabilize digestion (which is especially helpful after vomiting).

Bananas
Bananas are rich in potassium, which is often depleted during bouts of sweating, vomiting or diarrhea. They're easier to digest (A+ for bland foods!), may help lower body temperature and can help replenish lost electrolytes.

Ginger
Research has shown that ginger is incredibly effective at preventing and soothing nausea and other gastric ailments (such as constipation, bloating and vomiting). Drinking ginger tea or flat ginger ale (to avoid disrupting the stomach with carbonation) can help keep you hydrated while also soothing tummy troubles.

Foods to Avoid
Since the body's more vulnerable during illness, it's best to avoid any foods that put the body under excess stress. Certain foods can make the unpleasant experience of being sick even worse. Here are a few to steer clear of:

Spicy And Acidic Foods
While spicy foods might be good for nasal congestion, they can also be rough on the stomach and cause more pain and discomfort. Steer clear of them if you're experiencing stomach upset.

Anything High In Sugar And Fat 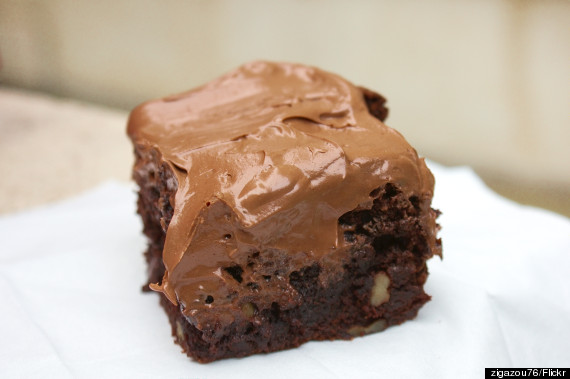 High sugar intake can suppress the immune system and cause inflammation. Foods high in fat, on the other hand, can be more difficult to digest compared to carbs and protein, and can trigger stomach pains as a result.

Dairy (Maybe)
The jury's still out on this one, but many people believe that consuming dairy can promote mucus production, which could worsen congestion when sick. However, current research indicates that this may actually be due to a placebo effect. But regardless of whether or not milk changes how much mucus we actually produce, drinking it can create the feeling of thicker mucus, so if that bothers you, it can't hurt to avoid milk while sick.

Next time you're feeling a little under the weather, be sure to get plenty of rest and lots of fluids and consider incorporating some of these awesome foods into your diet to experience a quicker -- or at least more comfortable -- recovery.

What are your go-to foods when you're feeling under the weather? Share in the comments below!

Are You Too Sick To Workout?