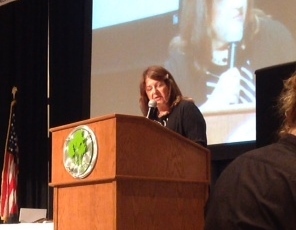 The words "Cook in your underwear" aren't that funny, but in the context of a speech I gave to the Idaho Association of School Administrators, the phrase prompted 500 people to spontaneously laugh out loud. For a speaker and an incorrigible clown, it's a delightful feeling to say a few words that cause people to explode with laughter. That's SO much better than instigating an audience to throw objects, fall asleep, play on their cell phones, or slink out the back door.

This link contains a brief snippet of my talk and includes my earnest words of wisdom and ends with the admonishment: "Want perfect children? Don't have any." That simple expression prompted a delightful eruption of laughs that signaled a message to my brain: "Remember this line. I don't know why, but it worked."

We are born with the ability to laugh, and babies exhibit the tendency at about four months of age. Audible joy is part of the human vocabulary, and all members of the human species understand the language of laughter. It occurs unconsciously, and we can't force ourselves to produce real laughter. The emotion is within us, waiting to be stimulated. Unfortunately, many adults lose their youthful exuberance and morph into snarly old grumps. I see far too many miserable people who have no clue that their laughter option is in danger of extinction. They should tap into their hidden humor side before they lose the ability and their funny bone becomes as useless as their appendix. 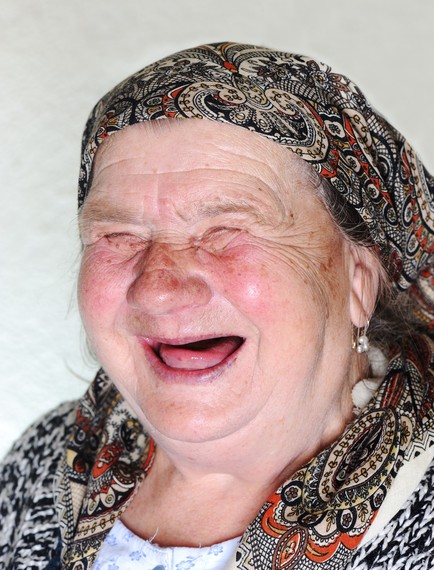 The act of laughter consumes the entire body. Our facial features change, our breathing is modified, we make strange sounds, the muscles in our arms, legs, and trunk get involved, and our eyes water. For middle-aged women, we also have a tendency to wet out pants, but I'll sacrifice the temporary humiliation for a robust belly laugh any day. I'll just stock up on adult diapers and slapstick comedies.

Did you know there is a World Laughter Day? It's scheduled for the first Sunday of May. The Global Belly Laugh Day is in January, and the International Moment of Laughter occurs in April. With all this attention to frivolity, it's our duty to celebrate each charming chuckle, every gregarious guffaw, and even the most snide, snickering snort. We're earning our laugh lines, and they make us beautiful.

Our all-too-human laughter sets us -- and our close cousins, the primates -- apart from all other species that roam our planet, says Robert R. Provine, PhD, a behavioral neurobiologist at the University of Maryland in Baltimore.

"Think about it the next time you walk through woods listening to the odd cries and calls of the creatures that live there: When you laugh, those creatures are hearing sounds that are just as odd and just as characteristic of our own species," he writes in his book, Laughter: A Scientific Investigation. 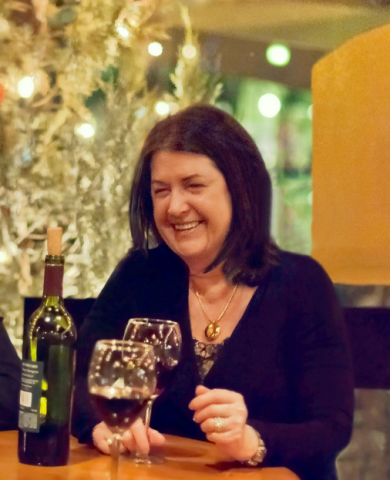 I think laughter is necessary to help us skip over all the mud bogs of tragedy that ooze across our daily paths. In the movie Funny Girl, the hilarious vision of Barbra Streisand's pregnant bride offsets the character's personal pain. My favorite musical is Les Miserables, and the boisterous, comedy scene from "Master of the House" keeps me from dissolving into a sobbing heap after Cosette sings "Castle on a Cloud." And in a poignant reality, through movies and recordings, we'll always have the comic genius of Robin Williams.

Thousands of years ago in the Book of Proverbs, an astute medical prescription was written that still applies today. "A merry heart does good, like medicine. But a broken spirit dries the bones." We know too many people with broken spirits and dry bones, so we should try to bring some merriment into their lives so the world has fewer crabby people to endure. Those of us who love to laugh loudly until liquids run out of our noses need to pass along this valuable life skill to those who only can muster up a trivial smile.

With so much angst and misery in the world, it's difficult to find something to enjoy with gusto. But, I'm willing to take a chance and be with anything or anyone who can cause and appreciate joyful laughter. If that includes a challenge to cook in my underwear, I'll take it. With an apron, of course. And the recipe better include chocolate. And wine.