It's been a long time since I read The Alienist, which I found absorbing and beautifully written, so I was intrigued to see a review of his latest book by crime writer Michael Connelly. It's got an intriguing title and cover, both of which fascinated me. 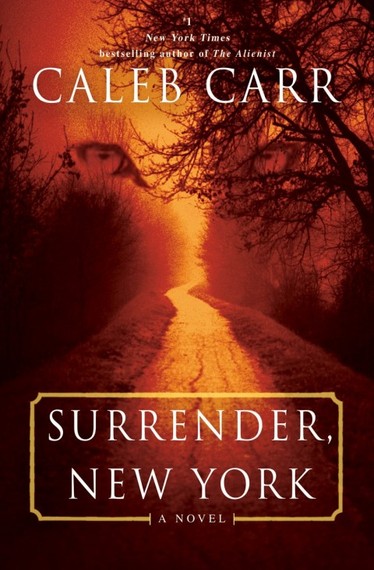 Then I started reading the review. Carr's new book is set in the present, heavy on forensics, and narrated by a criminal psychologist, Trajan Jones, who's retired from the NYPD. You can find more about the set-up here. But even though Connelly praises the book throughtout the review, he makes it seem very uninviting for me, very quickly:

Carr writes with a style full of depth and description. He never uses one sentence when there is room for two...Every character and location is multilayered and heavily defined, and that would include even the animals....

That sounds as if the book is prolix as opposed to being well-written. And multilayered, heavily defined animals? Seriously?

A mobile home gets a grim 150-word description before we even view the truly horrible contents inside. But that lengthy description ends, like all such accounts in Carr's capable hands, with words that can't help propelling the reader to enter: "If ever a place promised not only a crime but a history of singularly grim details, we had reached it."

Well, those aren't words that would propel me to enter. They might propel me to toss the book aside. The voice is anything but intoxicating, as Connelly calls the book earlier in the review. It actually feels stagey and artificial, reminiscent of old-fashioned mystery novels where narrators said, "If only I had known--!"

The final blow comes for me near the end of the review when Connelly almost says as much:

While the story is hypermodern in subject matter, it feels decidedly old-school in its delivery. Jones uses a cane and takes slow, measured steps. He narrates the novel in the same way, delivering the story in contemplative and starchy prose, sounding not only like the academic he now is but also like a man seemingly from another time and place.

600-odd pages of starchy prose. You have to wonder what Connelly would have written if he hadn't liked the book.... He might have said something like what the Washington Post reviewer did a day or two later (among many other complaints):

Carr's writing can arouse both admiration and disappointment. His descriptive passages can be elegant and informative but they go on endlessly, maddeningly; details can strengthen a novel but an avalanche of them can kill momentum.

And kill a reader's interest, too.