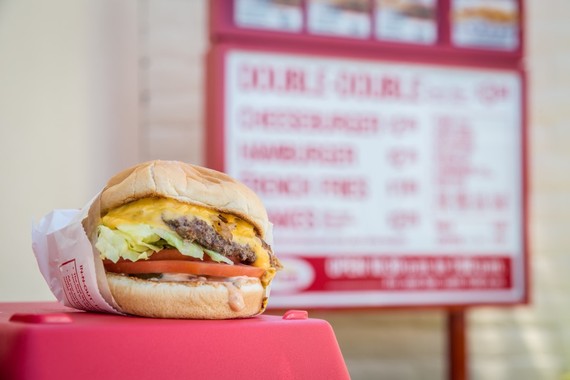 Cheeseburgers aren't exactly health food, even though the lettuce and tomato they (sometimes) come with are basically salads. But in the interest of tipping you off to the most- and least-healthy burgers, we spoke to Ruth Frechman, a registered dietitian nutritionist, to help us look at eight major fast-food joints' cheeseburgers. Here's the lowdown on America's favorite cheeseburgers.

Editor's Note: The list is comprised of each restaurant's standard cheeseburger, with the standard fixings. Because it's unfair to compare apples to Baconators. 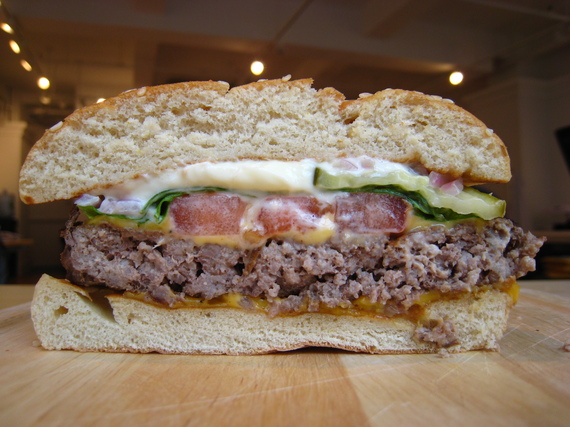 An important note from the nutritionist
Frechman used the 2015-2020 Dietary Guidelines for Americans to help determine what was most and least healthy. She says that the purpose of the guidelines is to "promote health and to reduce the risk of disease," and since "Americans are consuming too many calories, saturated fats, sodium, as well as added sugars," she focused on finding the burgers with the least amount of those. Now then... 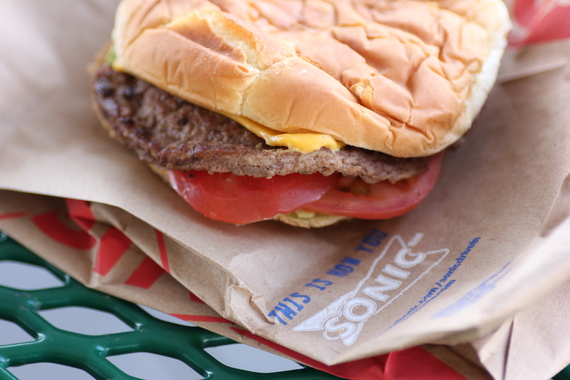 8. Sonic cheeseburger
With 17g of saturated fat, this burger has the most out of any burger we looked at. Sonic also leads the pack in fat (43g), protein (35g, and not such a bad thing!), and cholesterol (120mg). We recommend working off that fat by rollerskating around a parking lot, or maybe going on a milkshake cleanse. 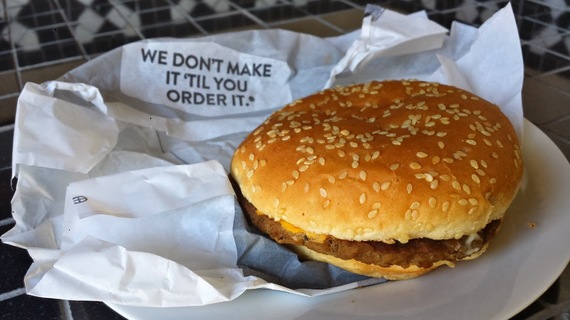 7. Jack in the Box big cheeseburger
A big cheeseburger means big calories (557) and more grams of trans fats (2g) than any burger in this ranking. Jack's offering also features an amount of cholesterol (80mg) equal to both the McDonald's and Burger King cheeseburgers combined. Speaking of which, a McDonald's + Burger King super cheeseburger sounds like something worth trying... if only they'd set aside their differences. 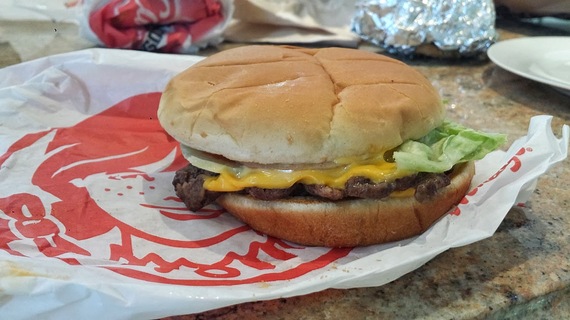 6. Wendy's Dave's Hot 'N Juicy 1/4lb Single
Wendy, America's favorite pigtailed redhead not involved in the adult industry, makes a burger with 1,180mg of sodium, more than any cheeseburger mentioned here. And it contains a higher amount of cholesterol (100mg) than most. But it's also square. The changed geometry probably adds some extra nutrients, right? 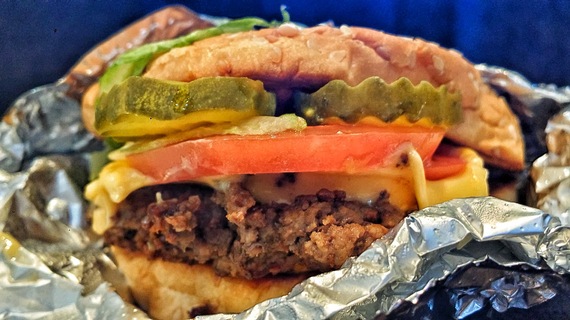 5. Five Guys little cheeseburger
Oh, how I laughed and laughed when I saw Five Guys' cheeseburger came in fifth place. Really makes you believe in something greater than yourself, doesn't it? No? Regardless, the important takeaway here is that this has a more calories from fat count (290) and cholesterol (85mg) than most of the other burgers, but a lower sodium (690mg) count.

To find out which cheeseburgers cracked the top 4, get the full story at Thrillist.com!

The Most Underrated Order at Your Favorite Fast Food Chain