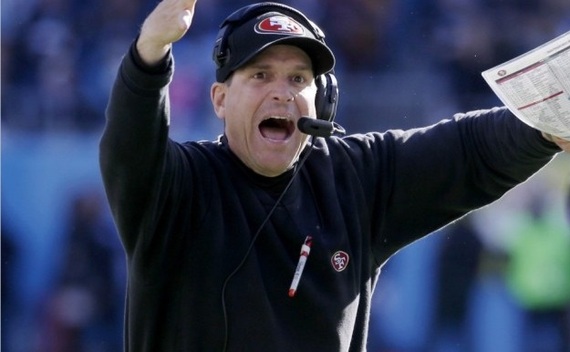 Sunday afternoon gluttony. Monday morning quarterbacking. Monday (and Thursday) night anxiety. NFL season is back and along with it, the irresistible inclination to apply football metaphors to every possible scenario.

If I throw one more block-and-tackle at my 8-year-old or go-for-the-extra-point at my team, someone might punt me across the room. But you have to admit, there's something about football that lends itself more easily and perfectly to analogy than any other sport.

As someone who spends a significant amount of time obsessing over both football and call center operations, I can't help seeing the surprising parallels between the two:

1. You need the right team on the field.
The massive spectacle the NFL draft has become is, in part, a fitting reflection of the critical importance of picking the right players. To throw one more metaphor into the mix, a chain is only as strong as its weakest link.

As the only human contact most customers are likely to have with a brand, call center agents play both offense and defense. They're the literal "voice" of their company -- one that carries far more weight, for those that hear it, than any slick branding campaign my fellow CMOs and I could dream up. They're also the only thing standing between their employer and an unsatisfied or angry customer bent on taking the company down.

Giving short shrift to the process of interviewing and hiring these critical players is the equivalent of dropping your local high school team onto Soldier Field to face off against the Bears' defense and expecting them not to get clobbered.

The fact that call center jobs tend toward the lower end of the pay spectrum doesn't mean they can't attract high-quality talent. With the right culture and benefits in place, they're an appealing option. In fact, millennials are seeking out call center jobs in higher numbers than ever, pushed by a still-sluggish job market and attracted by flexible hours. And there's often plenty of opportunity for ambitious, hardworking agents to advance to supervisorial or managerial roles.

The quality of your call center employees will be commensurate with the care, effort and resources you put into hiring them. Look for people with positive attitudes, commitment and coachability, give them the right incentives to sign on, and you'll start seeing a lot more lines in the win column, with way fewer turnovers.

2. Top-notch equipment is critical.
NFL players are paid to win football games. Yet even the most talented among them would fail at it without the right physical support system. A coach wouldn't think of sending his team out without a helmet, mouth guard, pads and hours of practice--and wouldn't expect victory if they did.

How well are you equipping your agents to handle the action on their playing field? Is your IVR system doing its job, or does it create more problems than it solves by amping up callers' frustration and impatience? What about your call routing system? Is it engineered to pair agents and callers with a high likelihood of natural rapport, or does it impersonally send callers to whichever agent has been available the longest?

Examine the technology you have in use in the call center and identify who it benefits the most. If it's not the call center agent or customer, it might be time to reconsider the investment.

You wouldn't want to see your favorite quarterback sporting a busted helmet and broken pads, so make sure your agents aren't operating with the call center equivalent. There's a lot of cool tech out there, from hardware to software, that's fighting for your attention, but focus on what has been designed to help your agents perform their jobs better and ultimately, improve your customer experience.

3. There's no substitute for good coaching.
In a recent interview with my company, Mattersight, Brad Spencer - founder and president of Spencer Shenk Capers & Associates - explored some interesting parallels between coaching in the NFL and running a call center. A behavioral consultant whose high-profile clients include several NFL coaches, Spencer knows whereof he speaks. He actually told us that coaches are often easier to coach than executives because, "coaches are already primed to want to improve and do things better on a daily basis. They have a great understanding that you have to change up the playbook to be successful."

A great example of this comes from a story I heard about my favorite former NFL coach, the amazing (if occasionally wacky) Jim Harbaugh. The tale goes that Harbaugh approached an intersection with a broken stoplight where a traffic cop was masterfully directing traffic. Harbaugh was so struck by the officer's skill at keeping the flow of cars moving, he just sat there for an hour watching and observing his ability to maintain order despite the lack of a stoplight.

Apocryphal or not, there's a lesson in there for call center managers and supervisors. Don't just smile at your top agents' numbers. Take time to really observe their behavior. Just as NFL coaches need to know their players inside and out to create the perfect team, call center managers need to understand each agent's strengths and weaknesses to effectively coach them. What is it about the way they interact with callers that makes them succeed where others don't? What can less-skilled agents learn from them, and what can you do to facilitate that knowledge transfer?

Some of your agents are already great, and almost all of them have the potential to be better, especially if you've done the work on the hiring end. It's your job to push them up to that next level.

Be it an NFL team or a corporate call center operation, organizations intent on winning prioritize their team members' needs and work to develop their strengths. In order to do so, leaders need to understand their teams inside out, including each person's personality type and motivating factors. Having this insight creates a better working environment where people feel pushed and valued - a winning combination whether you're on the phone or the field.

To learn more about what it's like to coach an NFL coach, and how you can be a better leader, check out our full interview with Brad Spencer.