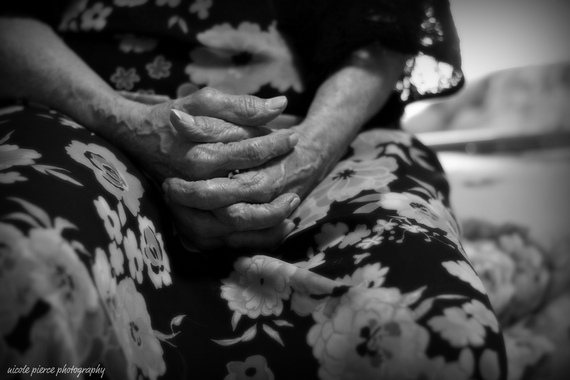 By now most of you have probably read Dr. Ezekiel Emanuel's highly riveting and thought-provoking article on why he hopes to die at 75. Based on some reactions I've read, I know that the ideas he put forward are contentious and made a lot of people uncomfortable and even enraged. However, I admit that this essay earned a huge nod from me.

Emanuel hopes to die by age 75, but by no means is he advocating euthanasia or physician-assisted suicide.

He emphasized that our culture's manic pursuit of youth (or what he calls the "American immortal") doesn't really prolong life but instead only prolongs the dying process.

The author cited studies showing that physical and mental capabilities decline as we age and that "...by 75, creativity, originality, and productivity are pretty much gone for the vast, vast majority of us."

In the personal sphere, Emanuel discussed how the desire to live long places huge financial and emotional burdens on our children, and how living well into old age goes against his desire to be remembered by others as someone vibrant, active and engaged.

One of Emanuel's most important points is his discussion on how he wants to approach healthcare as he ages, admitting that he'll see it more as palliative rather than curative care; that he won't actively end his life but won't be interested in prolonging it either, which means rejecting preventive tests, flu shots and any life-sustaining interventions.

I don't agree with everything Emanuel wrote, especially where it concerns vaccines, though I admit I feel somewhat validated and comforted. I agree that after a certain age, the need to prolong life is unnecessary. And I most certainly agree that it shouldn't be denied that aging translates to a decline in physical and brain health. It's just how nature is.

People criticize Emanuel for choosing what seems to be an arbitrary age of 75. I don't believe it's as arbitrary as some may think, in the same way that some may think my chosen age of closer to 80 sounds completely random. But it's not.

It's 80 for me because I'm considering my son's age. By age 80, my son would've already turned 46 and by that time, I'd like to believe he'd be more equipped to deal with my passing. No one is ever really prepared at any age but by then, I think he'd be more settled in his own life, happy and hopefully with children of his own.

It's 80 because that was around the same age when my own grandmother's mental faculties started to significantly decline. She is suffering from dementia, and though not officially diagnosed, I wouldn't be surprised if what's causing it is Alzheimer's disease (AD). I fear ending up the same way, as I know is also true for my mother. Who am I to assume that I will be spared the same fate because of advances in technology now? Science admits that much of AD remains a mystery. Research says it could be genetic. If that's the case, then I'm pretty much screwed. On the bright side, you'd understand my support of Emanuel's sentiments even more.

Besides the decline in my mental faculties, I'm certain that the decline in my mobility and dexterity also won't take its sweet time. I know this because roughly five years ago, the process has begun for me. I have fingers that are slightly deformed because of osteoarthritis. There are days when they feel stiff and I fear the day when I will find it impossible to write. My knees creak and I've been told by a doctor to avoid walking in incline and that I shouldn't run so much anymore, if at all.

So yes, if I could have my way, I want to die before I get too old. It isn't aging I fear. It's the point of helplessness and uselessness. And it's not solely about fear but also love. I love my family which is why I don't want to inflict myself on them should I reach that point when much of "ME" is already gone. I don't want to be an unnecessary burden to my child and don't believe I am his responsibility. I don't want to cause him unnecessary financial and emotional strain as he tries to figure out how best to care for me when I can no longer fully care for myself.

Death is a very personal experience. We confront it alone, no matter how many others surround us. And the older I get, the more I become objective enough to admit that death happens way before it takes our last breath. "To live," "have a life," or "be alive," means more than just having a beating heart and the capacity to breathe. What it truly means is to be productive, to be able to contribute something worthwhile, to still know how to look forward to experiences and learn, be enthralled, be curious. But if one gets too old or too sick and disabled to even have the capacity to move about, care for oneself and others, and have a mind clear enough to engage in valuable relationships, then isn't that not being fully alive anymore? And if that's my belief, and choose not to prolong my own life without actively seeking death but merely by embracing its inevitable arrival, then why chastise me?

For most of my life, I never understood my mother's lack of desire to grow really old and die old. But now I do. I'm thankful to Zeke Emanuel for starting this discourse and forcing people to ask the tough questions about the nature of aging, death and even the meaning of life; for making the brave and honest among us confront how we want aging and dying to look like for us if we could indeed choose. It's not only the practical thing to do, but also the most loving thing we could offer those who come after us, those who we'll leave behind.

This piece was originally published on Catharsis.