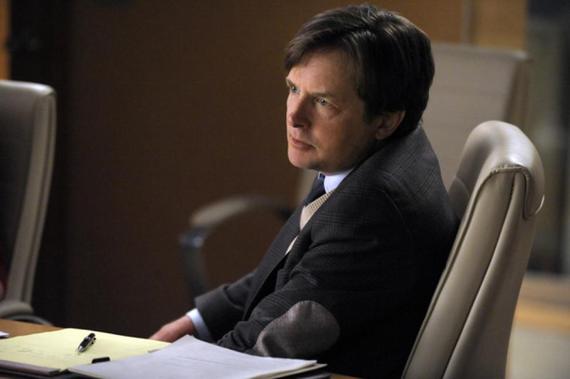 The appointment with the neurologist was on March 21, 2007. I was 47 at the time and in pretty good shape. I had never smoked, drank, or took drugs. I worked out four to five times a week. But something was not right.

It all began as horrible toe and foot cramps. The little finger on my right (dominant) hand would twitch, and when I played the drums I noticed my right leg was wearing down as if lactic acid was running through my quadriceps. My gait changed; my right arm no longer swinging naturally. Stress brought out the worst of these symptoms; I remember being in a heated phone call where my right leg started bouncing uncontrollably. Finally, I decided it was time to see a specialist.

On my visit with the neurologist, he took notes, had me perform half a dozen movements and pronounced me with early onset Parkinson's. He explained PD was caused by a lack of dopamine in the brain. When dopamine is low, movement becomes impaired. This leads to trembling of the limbs, rigidity, slowness, impaired balance, and a Frankenstein-like walk.

PD Meds: Not All That Glitters is Gold

The more I researched Parkinson's, the more concerns I had about the drugs, which must be steadily increased as the brain gets used to them. Inevitably, this leads to scary side-effects like dyskinesia, the wild involuntary movements that Michael J. Fox sadly experiences. My doctor tried assuring me I would be okay -- "if and when the dyskinesia gets bad, we'll schedule you for brain surgery."

Essentially, part of my skull would be removed to allow electrodes to be attached to my brain. These wires would run down the inside of my neck to a control switch installed in my chest (to regulate the voltage) which would halt the tremors... temporarily.

I agreed to Azilect, a non-dopamine med with no side effects that could potentially delay my symptoms, but that was it. For now, I'd fight the stiffness with exercise and stretching.

I fought the good fight for seven years until the summer of 2014 when my symptoms took a sharp turn for the worse. The scariest was bradykinesias -- a momentary freezing where I'd find myself stuck in neutral. I was also bent over and had to use the walls as brakes. Balance became a major issue and I got into the habit of taking three involuntary baby steps backward.

I put aside my writing; every waking moment now devoted to researching and finding alternative treatments. I tried using a hyperbaric chamber but after 28 sessions felt no improvements. I flirted with taking mucuna pruriens but feared the side effects of a substance that no one seemed to have a handle on. A Parkinson's patient introduced me to a biochemist in Europe who had developed an all-natural vegetable extract possessing similar benefits of Sinemet without any side-effects. He sent me sample jars, but it didn't seem to help.

I was depressed and began to hate my daily existence, especially the strain it was placing on my family. I never contemplated suicide, but the thought of dying no longer scared me.

The low-light came one night while taking the garbage out. I took three steps backwards -- and fell butt-first into one of the recycling bins! I was bruised and scraped up and I couldn't get out; I was like a turtle stuck on its back. Tears of anger poured down my face as I struggled to stand, but failed to gain enough leverage. Finally, I rolled over sideways and crawled out of the cursed trap. The next day I waved the white flag and called my neurologist.

"Acceptance does not mean resignation. It means understanding that something is what it is and there's got to be a way through it. Our challenges don't define us. Actions do." --Michael J. Fox

He prescribed three Sinemet a day, plus a Neupro patch. The transition wasn't easy. I felt horrible. And then one night a bad reaction led to an amazing discovery. My wife had taken the kids to visit her cousin. Alone in the house, I awoke to a frightening feeling -- a cold, paralyzing numbness was creeping from my feet up into my legs; my body shutting down! I was terrified and realized if I didn't force myself out of bed I might not wake up. I stumbled to the kitchen in a state of panic and desperate -- took a spoonful of that vegetable extract. Within minutes, a warm sensation replaced the cold. I felt life returning to my body.

It seems the extract may have latched onto the Sinemet and had a synergistic effect. After a month of trial and error, I figured out how to alternate the two, reducing my symptoms by 70-80 percent while only taking two Sinemet a day.

Over the last three months, I've been using Howard Shifke's Parkinson's Recipe for Recovery, written by a fellow PD patient who cured himself using different movements and a vegan diet. It makes absolutely no sense but I always feel better after doing it. I'm also five weeks into a detox program that shows promise. No matter, what, I refuse to accept this disease as anything other than a speed bump. As Dylan Thomas wrote, "Do not go gently into that good night... rage, rage against the dying of the light."