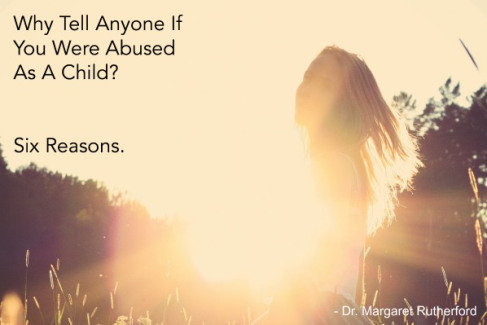 There are some stories I hear as a therapist I would never repeat.

Not only because of confidentiality.

Because I don't want someone else, who has not been listening and learning for 20 years, to have to cope with the horror of how parents can abuse their children. Or what an older sibling can do. What children can be forced to watch. To experience.

If you can imagine it, no matter how cruel, it has happened to a child.

The loss is irretrievable. Innocence. Gone. Safety. Ripped up and torn apart. Any sense of sanity or reason as to why things happen or what is fair or just - shredded. Maybe every day. Maybe randomly. Maybe when he or she is drunk or high. Maybe when they are stone, cold sober.

For no reason other than they can. And they get away with it.

The blame that roars out of their violence sticks to the child's spirit like super glue. The fight, for the rest of that child's life, for some sense of belief in one's own worth is a steep uphill grind. Shame of what others will think of them "if they knew" haunts them. If they don't become haters and blamers themselves.

Which, if they don't, is miraculous. And a testament to a more than resilient spirit.

The pain does not simply belong with the perpetrator. It can be attached to the other parent. Who knows it's going on. Or sometimes a whole family. Grandparents. Aunts and uncles. Neighbors who can hear or see.

In this child-centered culture of ours, where overprotective soccer leagues give awards to kids who didn't win the match so that no one will feel like a "loser"... Somehow I wonder if people are in denial that children are still being hurt.

Some seemed shocked when they hear of a 6-year-old, raped and killed by her parents. "I can't believe something like that would happen."

It does happen. Every day. Not to the people "in those neighborhoods." Or "poor people."

It could be anyone.

What do you do if you are an adult, and were a victim of abuse? If you were battered, cussed at, thrown up against walls, made to eat things not meant for human consumption, starved, locked up. Sexually assaulted. By someone whose job it was to keep you safe? And you have never told?

What good would it do now for you to reveal it? To talk about it with someone you trust. (Finding people to trust in the first place would have been very difficult for you, but hopefully you have or can imagine it.)

1. If you are keeping his or her secret, then they may still be controlling you.

You are, in a way, being governed by them. And might feel that somehow, if you had just been smarter, or a better athlete or student. Quieter or louder. Stronger or not so strong. That somehow you could have stopped it from happening.

Maybe it was your fault after all.

If there is a bone in your body that believes this, please confront that thought. Because it is wrong. That's only what you were told out of complete justification for violence and cruelty.

2. You might benefit from hearing how the abuse is connected to problems you are having now.

If you unhook from the secrecy of the abuse, hear and accept that it had nothing or very little to do with you, then many times those problems are eased.

Think of the abuse as being a heavy weight you have been carrying around for years. If you put it down, you have much more mental and emotional energy. You might see how your perception of yourself changes in other ways as well.

3. You would be valuing and soothing yourself.

You may never choose to confront. I only advise this if and when you are completely prepared for what may be another onslaught of justification and anger coming back at you, rather than the romanticized version you might have in your mind of a deep apology. You might get that. But there's a huge chance that you won't. If that was going to happen, your perpetrator would probably have initiated that themselves.

Just in the telling of the abuse, you are honoring the child who still remembers the pain. The confusion. The dread. The fear. And you are connecting with that child within you. Soothing him or her.

And that has incredible merit.

4. There's a possibility he or she is still hurting someone else.

This gets more complicated, especially with sexual abuse. Therapists are mandated reporters for child abuse, but if you are telling a therapist about your child abuse when you were a child, then your therapist and you can discuss your options. If a child is living in the home with your abusive parent, that should be a very serious discussion.

5. You are never too old to heal. To make changes in your life.

I had the honor of hearing about sexual abuse from a 70 year old. It made an immense difference in his life. Another from an almost 80 year old, who told me he had finally attended a high school reunion (his 60th) and felt like he could stand tall. For the first time.

I hear a lot, "But it only happened one time. It's not really abuse."

That's not true. It never happened to a lot of people. Never. Your world changed forever when it happened to you.

One time is all it takes.

You can read more from Dr. Margaret on her website! Subscribe and you will receive a free copy of her new eBook, "Seven Commandments of Good Therapy", a guide to choosing a new therapist or how to evaluate the one you have! You can email her with a question: askdrmargaret@drmargaretrutherford.com. 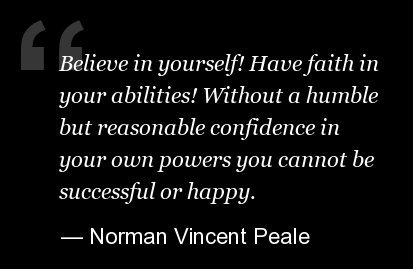