With Hillary Clinton clinching the Democratic nomination for President, it might seem like Senator Bernie Sanders' universal healthcare plan has bitten the dust.

However, the United States may still see single-payer healthcare in the near future. Two states--Alaska and Colorado--could be the first to move away from the third-party payer system.

Alaska and Colorado could both be the first states in the nation to move to single-payer, though their reasons are quite different. One is intentional--Colorado citizens will be able to vote on the issue this November. The other is out of necessity. Alaska is down to one commercial insurer in the under-65 individual market, creating expensive problems with the state's health system.

Let's look at both states to see how and why they might move to a single-payer system. 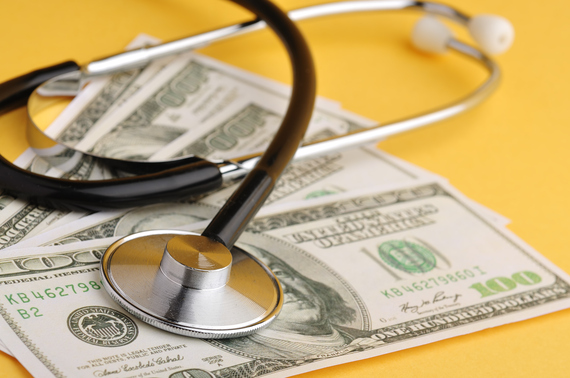 Last month, the state government in Alaska passed a bill establishing a fund to stabilize and subsidize health insurance in the region.

Three insurers have left the Alaska market since 2015, and the remaining insurer--Premera Blue Cross Blue Shield--was planning a significant rate hike in order to remain in operation.

The new fund subsidizes the cost of high-risk patients for insurers, creating a pool of money covered by a tax on carriers, to cover costs created by the most expensive patients. Without this fund, insurers would have to raise their prices dramatically to cover their costs.

Alaska's isolated region and small population make it unattractive to insurers, who need a lot of people to balance their risk pools and cover costs. Now that Alaska is down to a single carrier, that carrier has a lot of leverage to ask the state's insurance department for a big rate increases.

Under very different circumstances, Colorado could also be the first state to do away with the third-party payer system. Unlike Alaska and many other states, Colorado's population is quite healthy. It consistently ranks in the top ten healthiest states in the country.

That could be a driving factor for why legislators in the state have proposed Amendment 69--a bill creating a single-payer health system in the state.

The estimated $38 billion proposal will be paid for through tax increases on workers and businesses. The bill will be voted on in November, and would do away with premiums in favor of higher taxes to cover all health and dental care costs.

But a few problems could arise with Colorado's proposal. For example, what would stop sick people from other states from moving to the state just to reap the benefit of their universal healthcare? If this happened, it would raise costs in the state.

Further, the proposal is already very expensive. According to the New York Times, "the proposed health system would have a budget bigger than that of Colorado's entire state government."

It isn't clear what approach either state will end up taking, but it is interesting to consider that two very different states, with very different insurance markets, could both wind up with single-payer healthcare.