So it takes a horrific video to inspire a storm of South Carolina Republican outrage matching the sentiments of the NAACP. From Republican Senator Lindsey Graham: "Our thoughts and prayers go out to the family of Walter Scott. The horrific video is very difficult to watch and deeply troubling on many fronts. I have full confidence this incident will continue to be investigated by the relevant authorities, the legal process will proceed, and ultimately, justice will be done.'" Of course, Graham is referring to the death of Walter Scott, an unarmed black man shot by Police Officer Michael Slager, now charged with murder, in North Charleston, South Carolina--located in Charleston, a Bush-Obama County.

South Carolina's other senator, Republican Tim Scott, tweeted his outrage in a statement abundant with indignation. "After watching the video, the senseless shooting and taking of #WalterScott's life was absolutely unnecessary and avoidable," one of many of Tim Scott's tweets on the matter.

Rhetoric of outrage is easy when an in-his-back shooting is caught on tape in a Rodney King-kind of way. Still some of the state's most consistent voices on the issue of police misconduct will take any allies on this issue, welcoming the likes of Graham and Scott to the table. "I'm encouraged by Senators Scott and Graham making strong statements condemning the actions of the police officer," says Democratic State Senator Marlon Kimpson, co-author of a bill that would require the use of body cameras for all law enforcement personnel. 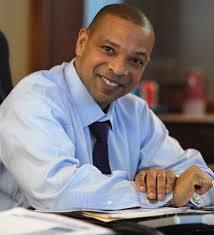 Kimpson's bill would mandate officers to record their activities immediately upon contact with a citizen, filming from beginning to end. "The bill is designed to do exactly what the bystander's video did, in this case. And that is reveal the truth, facts, as they occurred. Eyewitness testimony has been historically unreliable. Videos don't lie."

How many other Walter Scotts are there who did not have the benefit of body cameras? This question looms with the history of tensions between police and African Americans in North Charleston, which lean notoriously in the direction of Ferguson. Perhaps the tragic death of Walter Scott comes just in time to compel the South Carolina General Assembly to act on Kimpson's legislation, which has been stuck in subcommittee -- partially due to partisan wrangles. Kimpson hopes attention from Scott and Graham can influence the issue on state and local levels. "They can show some leadership because the members of the general assembly have a great deal of respect for our U.S. senators who have the ability to move the state legislators through their words."

Beyond Scott and Graham, many politicians, particularly presidential hopefuls, should get their comments of outrage ready for the spotlight. South Carolina is an early primary state -- its 2016 date set for Saturday February 13. Wannabe residents of 1600 Pennsylvania Avenue are already trekking through the Bush-Obama county. So we're likely to hear more rhetoric on this issue from red and blue corners.