Filmmaker Laura Israel isn't tilting at windmills -- but she does want to cast a critical eye in their direction.

And she's done that with Windfall -- her first documentary film, art-directed within an inch of its life -- and one that delivers a profound message:

Look before you leap into wind power.

"People who are living with these turbines nearby are developing hypertension, migraines and heart palpitations," she says. "There are some really spooky health effects, even with a turbine a mile away -- I've heard people say they can feel their heart beating at the same pace as the turbines." 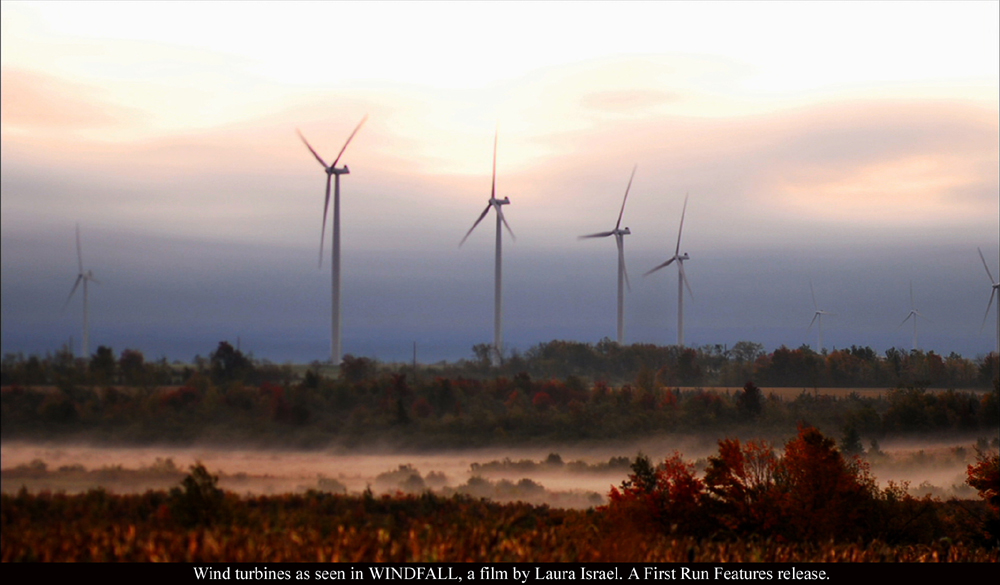 The effects of the turbines' low frequency sound are chilling -- nearby residents sleeping in basements, unable to stop the 24/7 noise and visual pollution. But the budding industry -- growing now at a startling 39 percent annually -- is choosing not to deal with them. "Instead of dealing with it, they're trying to discredit the people complaining," she says.

When the sun gets behind the blades of the turbines, an incessant and mechanical shadowy flicker is the result. Closing shades and curtains makes no difference. "It just doesn't stop," she says. "People say you don't get used to it -- you get sick." 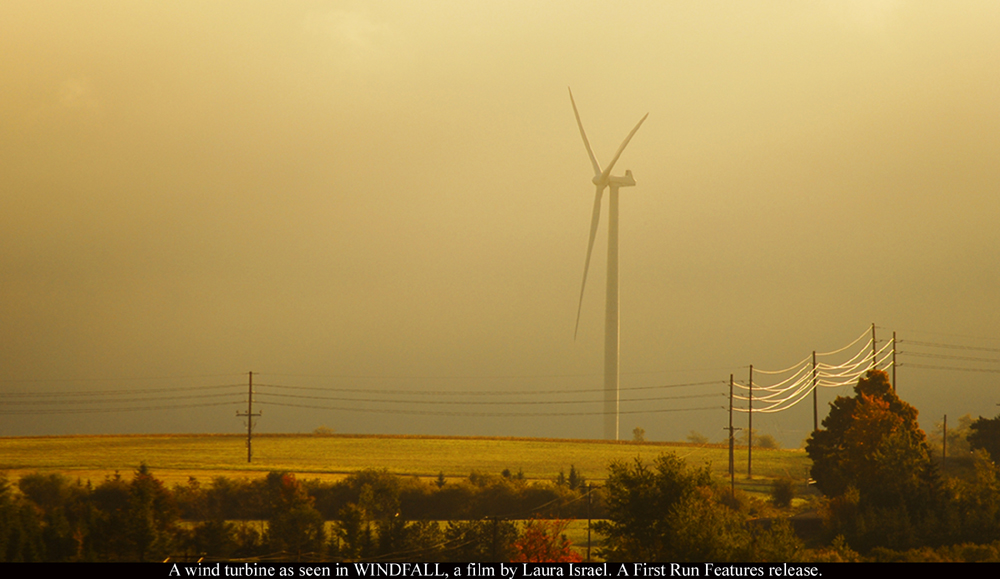 Windfall documents the effects of a proposal of a wind developer on residents of the town of Meredith, N.Y. Attracted at first by the green aspects and financial incentives that might boost their dying economy, many residents grew alarmed when they discovered the 400-foot-tall windmills would bring side effects they never imagined.

"People say it sounds like a jet that never lands," she says.

Sales people working for a contracting company usually approach a town and its elected officials, selling them on the idea and contracting for the use of their property. Contactors then move in to build infrastructure -- widening roads to transport the turbines, and installing transmission lines. Energy produced is usually owned by the large power companies -- sometimes Duke Energy, General Electric or Deepwater.

"The landowner profits a little bit, and the town a little bit -- if they make a good deal," Israel says. "The companies profit most, because most of the benefits come from federal subsidies to build and to sell wind energy for more money." 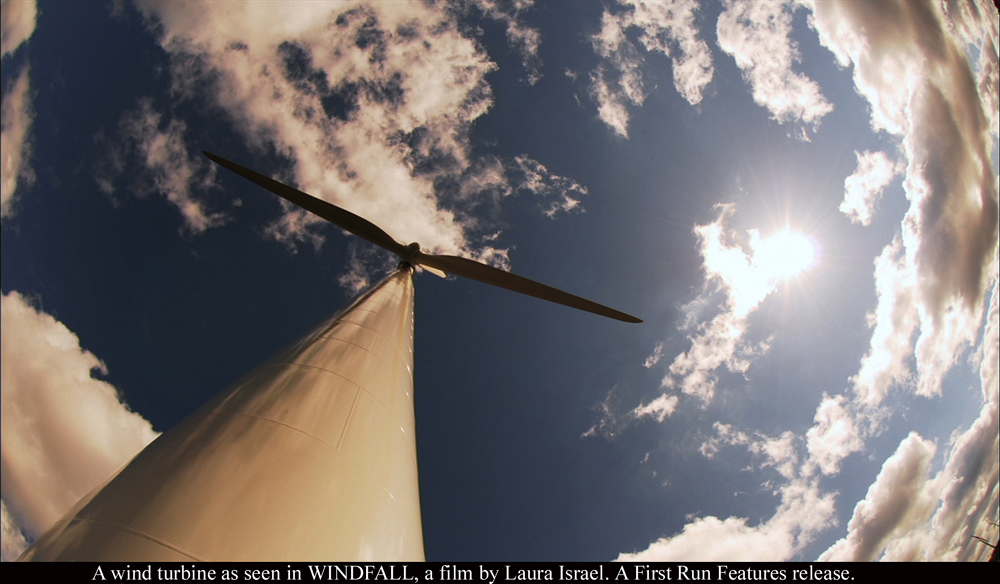 The intent of "Windfall," which opens in Manhattan at the Quad Cinema on Friday, Feb. 3 is to open up the topic to communities nationwide.

Don Quixote, she's not. And she's certainly produced an eye-opener of a film.

For more on Windfall, go to http://windfallthemovie.com/index_1.html.

For more by J. Michael Welton, go to http:architectsandartisans.com