The delicious taste of Latin food is one of the most representative elements of the Hispanic community in the United States. Now Puerto Rican Dr. Yajaira Sierra-Sastre, has made sure that these delicious dishes are being enjoyed even in space!

Born in Arroyo, Puerto Rico, the scientist will be the only Hispanic among six specialists chosen by NASA for the Hawaii Space Exploration Analog and Simulation (HI-SEAS) project. Starting this month, the group will live for four months at an isolated planetary module in Hawaii, simulating the life of astronauts in a future base on Mars.

But if somebody thought that this Latina would starve herselve with canned foods, they were very wrong. She has ensured that the daily menu has a plate of paella and beans flavored with some rich ingredients like pepper sauce, cilantro and annatto.

In the study new strategies for food preparation during space travel will be tested. The team of scientists is entrusted to improve the cuisine of astronauts. The organization also prepared a contest in which the public can participate by sending suggestions of dishes to be used during the investigation.

Sierra-Sastre holds a doctorate in nanomaterials chemistry from Cornell University and is very close to reaching her goal of becoming an astronaut. Due to her specialty in materials, she is also expected to participate in the research on new habitat designs, including cloth, socks, rugs and towels.

To celebrate Women's History Week we have prepared a gallery above with more of this Latina with lots of flavor. 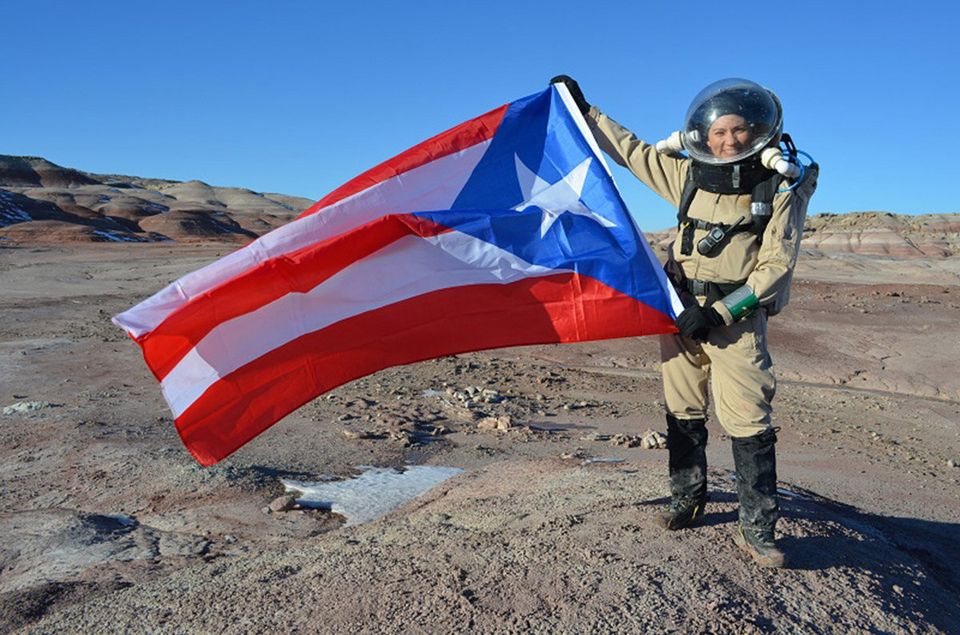